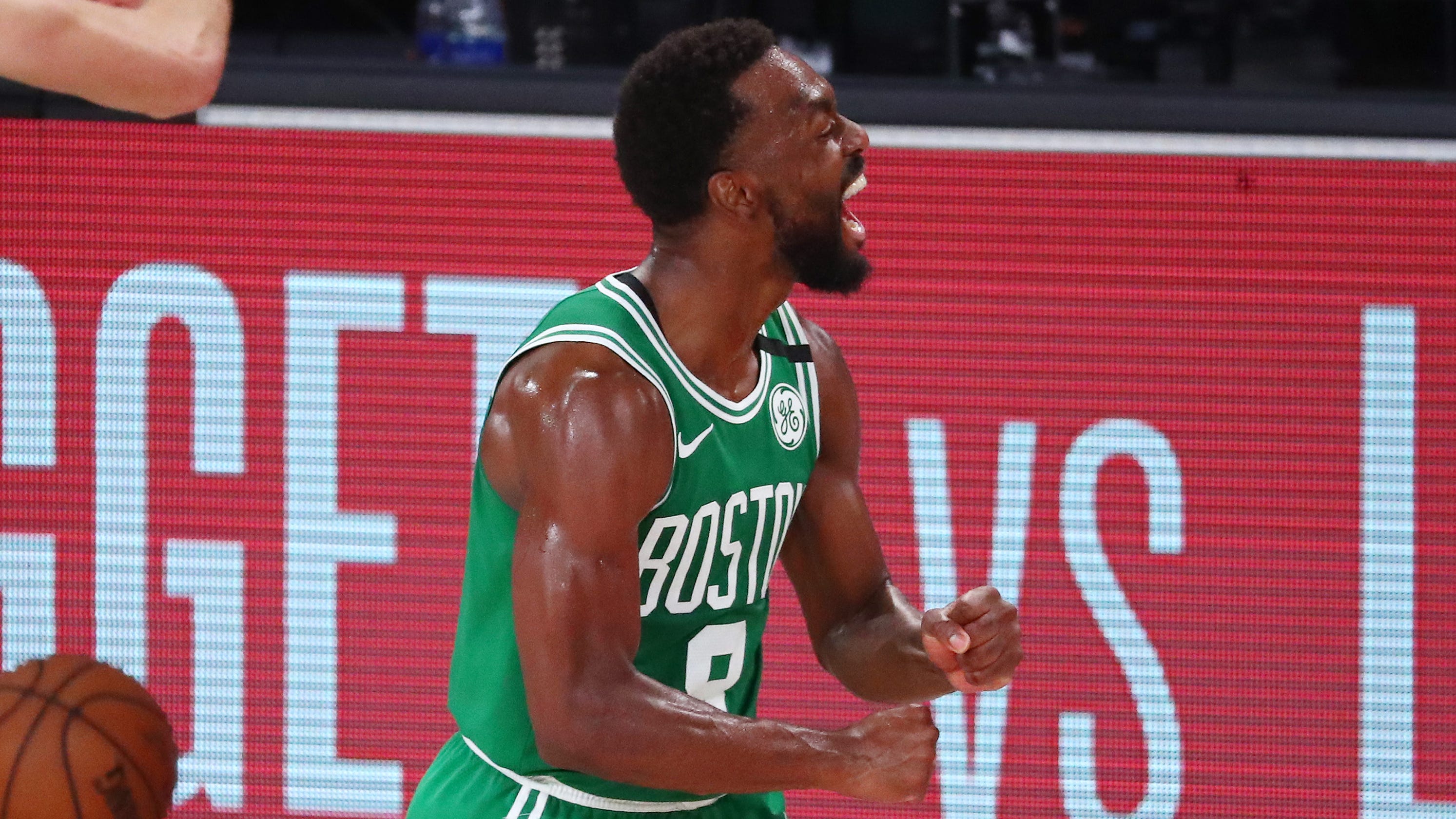 Even though a loss would have been problematic, Stevens said, “It was more about what are we going to show ourselves to be.”

Were the Celtics going to implode amid frustration, disappointment and emotional confrontations in the Eastern Conference finals? Or were they going to come together and make a series out of their matchup against the Miami Heat?

“That’s why I was curious to see what would happen tonight, but I didn’t have much doubt,” Stevens said. “I think this group has some good character.”

That character revealed itself in a 117-106 Celtics victory over the Heat, making it a 2-1 series lead for Miami instead of devastating 3-0 hole for Boston.

Those emotions spilled over late Thursday night when the Celtics frittered away a 17-point first-half lead and then a 94-89 lead with 4:25 left in the game, resulting in a Miami victory.

INJURY RETURN: Hayward back and plans to stay in NBA bubble

In the hours from the end of Game 2 to the beginning of Game 3, the Celtics had to determine how they would define their season.

The Celtics recovered. Now, if they lose, at least they’ll lose as a team together, not fragmented.

“We’ve got a tremendous opportunity and we understand that and nothing’s going to stop us from trying to maximize that.”

The Celtics delivered on Xs and Os in Game 3, finding ways to beat Miami’s zone defense. They attacked the rim, outscoring the Heat 60-36 in the paint. They exploited seams for better shots, and four Celtics scored at least 20 points, led by Brown’s 26, plus seven rebounds, five assists and three steals.

“To be honest, I didn’t get much sleep the last 48 hours,” Brown said. “I was so antsy to get back and play basketball. I don’t think the last two games exemplify what this team is about. So, I couldn’t wait to come out and be the best version of myself and try to add to a win. And I’m glad to be a part of this team and this organization and I’m proud of how we responded.”

“There’s some great guys in that locker room. A lot of emotions, a lot of passion. But we’re a family.”#Celticspic.twitter.com/R2yhJOQ6kc

And it wasn’t an easy victory. The Heat made several runs, and the Celtics had to respond, including a late push by Miami in the fourth quarter that cut Boston’s lead from 102-84 to 109-104.

“The first time we were pushed to more emotions that challenged us,” Stevens said, “we got better and that’s encouraging.”

The Celtics accepted what happened after Game 2 as part of the game. Disagreements and arguments happen. How do you respond?

“Basketball is a game of emotions, so we want guys to be frustrated, be upset, to care,” Tatum said. “It’s nothing personal. We just got to figure some things out. So it’s nothing more than that. Anybody that has played a team sport understands that you’re not supposed to be happy when you’re losing or you’re down 0-2. You’re supposed to tough it out, figure it out, and come together for the next game.”

The Celtics did that. And now need to do it again in Game 4.

“I’m looking forward to the next game,” Brown said. “I think we all are. So we got to keep our minds locked in and engaged. The game doesn’t start on Wednesday. The game starts now. So getting ready and getting prepared for the next one is just as important.”