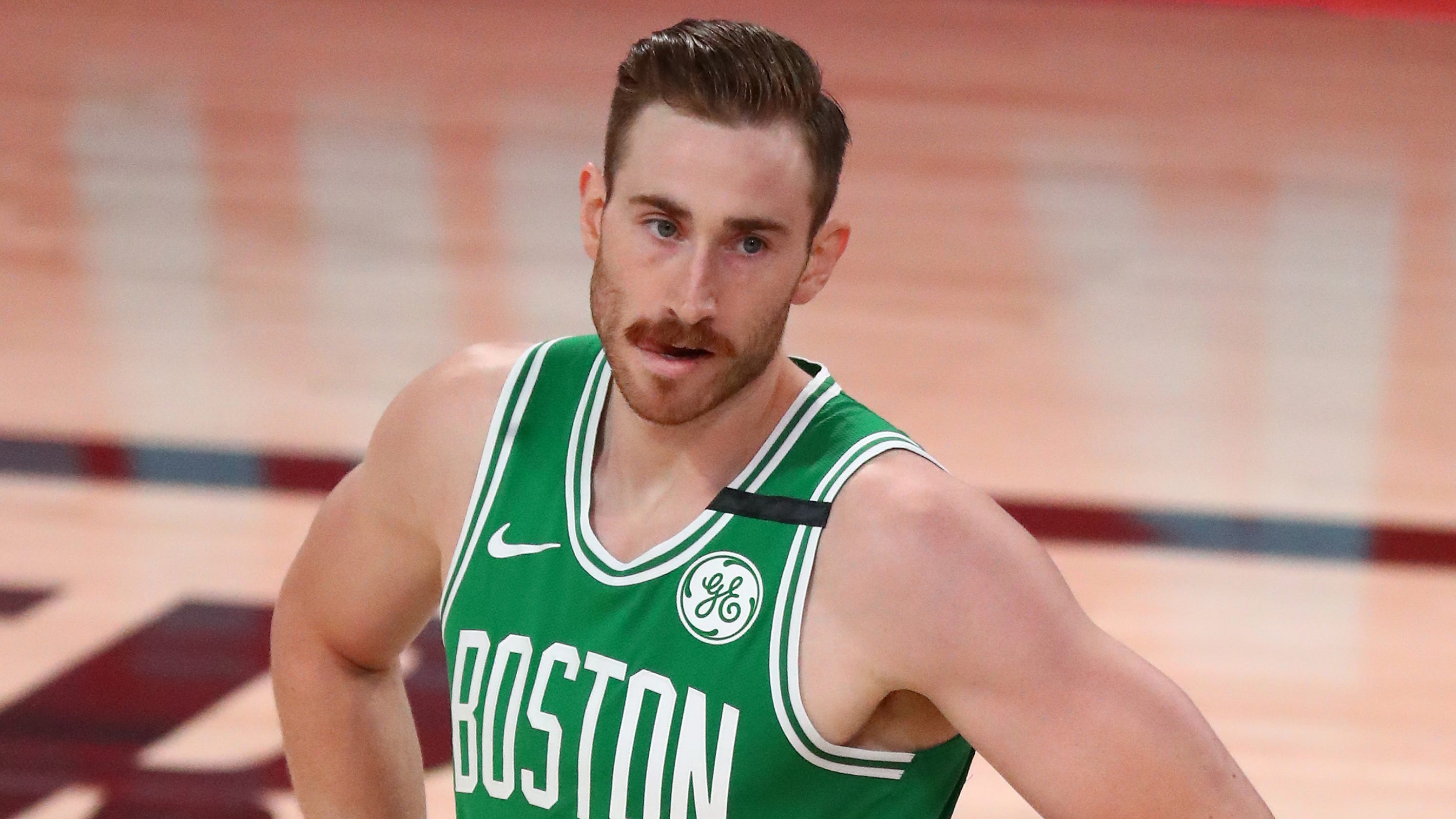 Gordon Hayward will stay in bubble through birth of child

The Boston Celtics already experienced what it is like to play without Gordon Hayward for an extended period of time. It does not look like they will have to labor through that process again.

After his first game since spraining his right ankle a little more than a month ago, Hayward said he no longer plans to leave the NBA campus bubble for the imminent birth of his fourth child. Following the Celtics’ 117-106 win over the Miami Heat on Saturday in Game 3 of the Eastern Conference finals, Hayward said he and his wife, Robin, agreed on that decision because he had already left the campus to go home to Indianapolis for his rehab.

“A little bit lucky that Robin was already there in Indy, so I was able to be at home and get great treatment,” Hayward said. “But that wasn’t in the plan. Robin could be having a baby at any point in time. It’s probably something I’ll be here. By the time I get back, I might miss the birth if she goes in and she rushes to the hospital. We discussed it and we prayed about it. I think it’s probably best if I stay here and help our team.”

“We discussed it… I think it’s probably best if I stay here and help our team.”
Gordon Hayward discusses the decision not to leave the bubble for the upcoming birth of his child#Celticspic.twitter.com/jYcnUPUkca

Celtics coach Brad Stevens was hesitant to praise Hayward for his sacrifice partly because he learned about the revelation through the media instead of directly.

The Celtics just seemed happy enough with Hayward for his return. He finished with six points on 2-of-7 shooting, five rebounds, four steals and three assists in 31 minutes off the bench after suffering a Grade 3 right ankle sprain in Game 1 of the Celtics’ first-round series against Philadelphia on Aug. 17. He also offered a jolt of energy to a Celtics team that became emotional with each other after losing the first two games of their series.

“He did what he’s done all year. He didn’t shoot it quite as much, but he is a stabilizing force for our team,” Stevens said. “He just can make the right play and make a play for somebody else at the right time.”

The Celtics cleared Hayward to play Saturday after he participated in a pre-game warmups and told the training staff he felt ready. Although he did not have a minutes restriction, Stevens said beforehand he planned to monitor his minutes.

Nonetheless, Stevens did not anticipate playing Hayward for 31 minutes. Hayward did not play in any full-court five-on-five before Game 3. But amid foul trouble for Marcus Smart (four) and Daniel Theis (five), Stevens reversed course.

“First five minutes, I was gassed,” Hayward said. “I’m extremely tired right now. My ankle is pretty sore. But just proud of the way we fought and proud of us getting the win.”

All of which gave Hayward a wave of emotions.

After injuring his ankle, Hayward quickly left the NBA campus to rehab in Indiana. He then rejoined the team on Sept. 6, but had to spend four days in quarantine as part of the league’s health and safety protocol. After his rehab went on hold during that time, Hayward then resumed in the gym and in the pool for nearly the next two weeks.

“This has been something I’ve never dealt with as far as all of it together. There has been a lot going on for me individually and for my family,” Hayward said. “That’s something that’s a daunting task. So for me, I’ve tried to do the best I can each day with it and not put pressure on myself. Just try to help us win basketball games.”

“It felt weird out there… First 5 minutes I was gassed. I’m extremely tired right now.” – Gordon Hayward after his first game back from injury#Celticspic.twitter.com/FK1yfppJ1V

Mission accomplished. Despite his conditioning issues, Hayward impressed the Celtics with his solid decision-making, shooting, passing and defensive versatility.

Though Hayward admitted he is “definitely not 100%,” the Celtics sounded optimistic he will have time both to further heal his ankle and rest from his debut, since Game 4 will not take place until Wednesday. The NBA has previously scheduled playoff games every other day in the bubble. But the league pushed back Game 4 so that it was not significantly ahead of the Western Conference finals. The Los Angeles Lakers and Denver Nuggets play Game 2 (Sunday) and Game 3 (Tuesday) before the Celtics and Heat next meet.

“We’re in the Eastern Conference finals, so I’ll give us whatever I can,” Hayward said. “As we keep going, I’ll find my rhythm and get better and better. That’s my plan.”