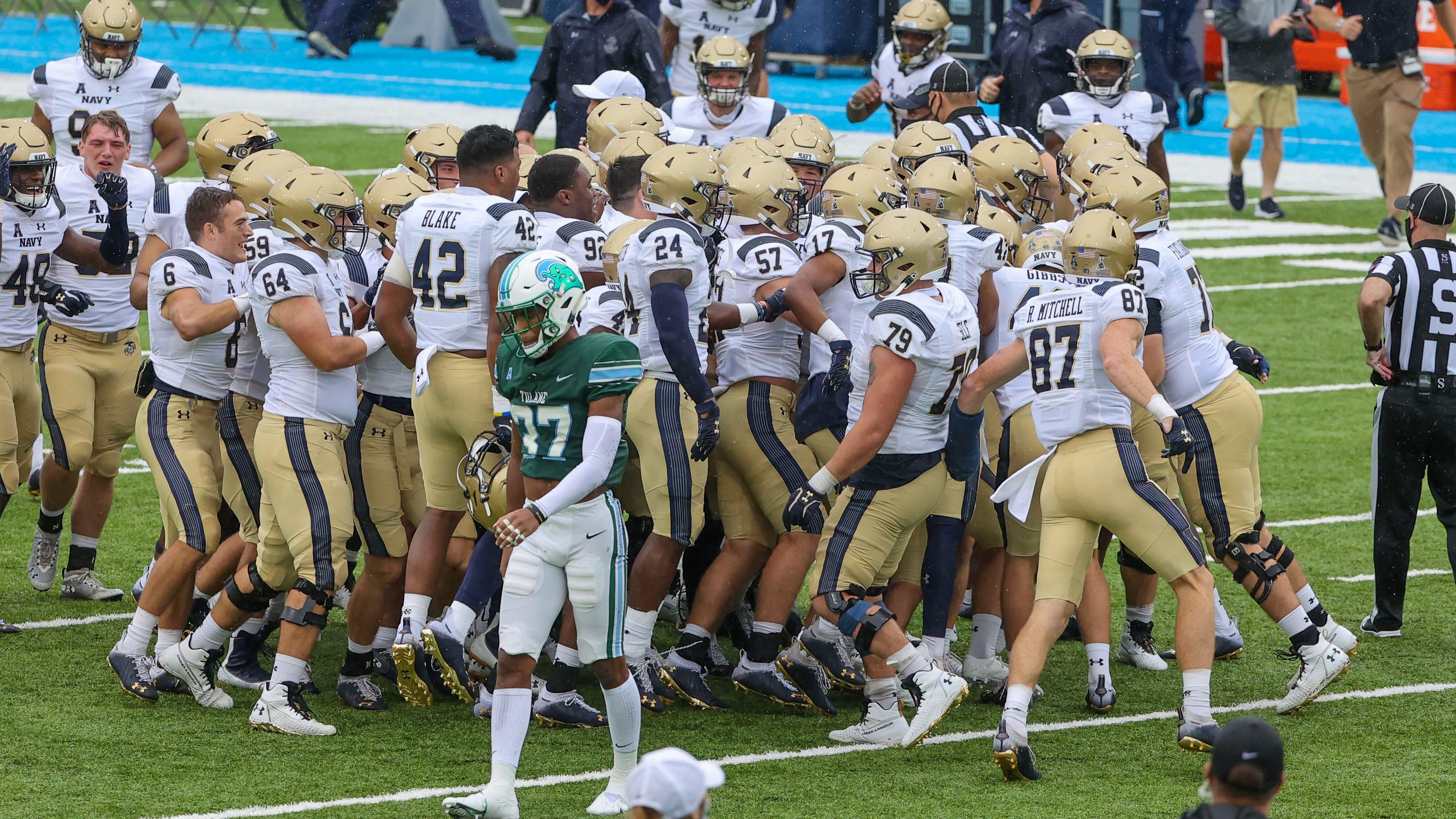 Navy never quits, leads what we learned from Week 3

This was supposed to be the boring weekend of the season. It’s the last Saturday before the SEC starts up. The Big 12 had just one ranked team in action. The ACC had a ranked matchup between Louisville and Miami (Fla.), but there wasn’t much to get excited about.

Twelve days after being routed 55-3 by Brigham Young in front of a national television audience on Labor Day, the Midshipmen found themselves down 24-0 to Tulane at halftime.

It would have been easy to be discouraged, especially with an option offense that does not produce comeback wins. Instead, Navy went to work and made school history.

Dalen Morris, who completed just two passes in the opener, found open receivers, and the running game started wearing down the Green Wave. The defense did its part with a safety, while holding Tulane scoreless after the half.

When Morris found Mychal Cooper for a 32-yard touchdown and then threw for a two-point conversion, the game was tied early in the fourth quarter. A Daniel Davies field goal of 32 yards as time expired completed the 27-24 win that was Navy’s biggest ever second-half comeback. 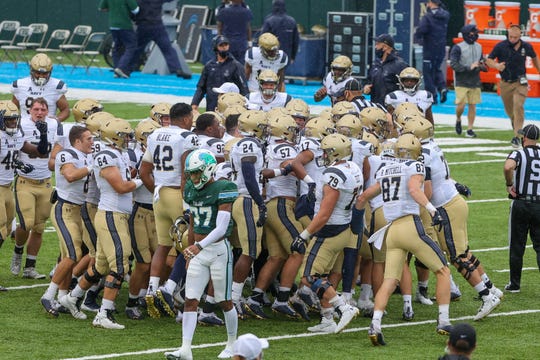 Much is made of the grit and resolve of players at the service academies as they try to match bigger programs. Sometimes that’s just media hyperbole. In this case, the win by the Midshipmen was all about resolve. Credit to coach Ken Niumatalolo and his players for producing one of the memorable moments of the early season.

HIGHS AND LOWS: Winners and losers from Week 3 in college football

Doesn’t get any better this week for Big 12

With two ranked teams set to play Saturday, there was hope the Big 12 could rebound after last week’s losses to the Sun Belt.

No. 24 Baylor never got to the field as its game against Houston was called off Friday.

No. 12 Oklahoma State probably hopes its opener against Tulsa was called off. First, quarterback Spencer Sanders was knocked out with a leg injury in the first quarter. His replacement, Ethan Bullock, managed just 41 passing yards before being pulled late in the third quarter.

True freshman Shane Illingworth came to the rescue in a less-than-impressive 16-7 victory that raised more questions than answers. It’s looking more likely that the Big 12 is at best a one-bid playoff league and that could be in jeopardy with the Big Ten playing.

Waiting to see what Notre Dame will be

A lackluster win against Duke followed by a rout of South Florida has the Irish at 2-0. The jury is still out on whether Brian Kelly’s team is a legitimate contender with Clemson in the ACC. Yes, Notre Dame can run the ball. Do they have enough of a passing game to hurt defenses that will stack the box? Probably won’t find out until the Irish face North Carolina next month.

You never know what you are going to get with the Hurricanes. Through two games, they’ve had a strong start with wins against Alabama-Birmingham and Louisville. Against the Cardinals, the offense showed explosiveness with 75-yard touchdowns on consecutive drives in the third quarter. Expect more of that with first-year offensive coordinator Rhett Lashlee calling the plays.

Yes, there’s going to be some maddening inconsistency with penalties and miscues, but this looks like an improved version of the Hurricanes that can make some noise in the ACC.

The game after a huge upset can be more difficult. Louisiana-Lafayette reached the Amway Coaches Poll for the first time after a shocking defeat of Iowa State. The Ragin’ Cajuns were always due for a letdown with a conference game on the road at Georgia State.

Not surprisingly, they trailed 14-0 and then 21-7 early in the third quarter. But Lafayette showed why it can be a contender for the Group of Five berth in the New Year’s Six by rallying to beat the Panthers in overtime.

However, those hopes were damaged when Appalachian State fell on the road to Marshall later in the day. The expected unbeaten showdown between the Mountaineers and Ragin’ Cajuns on Oct. 7 was going to be a huge boost for the winner. Now it’s up to Louisiana-Lafayette to run the table and hope it can contend with whichever team wins from the American Athletic.

One quiet silver lining, though, has been Troy through two weeks. The Trojans look much improved after a down season and make it a three-team race in the conference.

The task for Geoff Collins wasn’t just reviving the Yellow Jackets as ACC contenders. He also had to rebuild an offense that was recruited by Paul Johnson to run the option.

Year 1 was always going to be tough. It looks much better two weeks into Year 2 as Tech knocked off Florida State and hung with No. 13 Central Florida into the fourth quarter. Running back Jahmyr Gibbs and quarterback Jeff Sims, both true freshman, have made an immediate impact and should be building blocks for the next several seasons. An upset or two the rest of the season seems likely. And look out in Year 3.

The Knights eventually pulled away from Georgia Tech for a 28-point win that wasn’t as big as the scoreboard indicated. That said, UCF’s offense, led by quarterback Dillon Gabriel, looked in midseason form and is going to be a handful for anybody in the American.

Memphis and Cincinnati will have opportunities to take down the Knights in the regular season, but you have to consider them the favorites after a down season last year.

But it is more than a three-team race

You want a dark horse to watch in the American? SMU and its prolific offense – the Mustangs put up 65 points and 710 yards on North Texas – are going to be tough to handle.

SMU quietly put up 10 wins last season and its two conference losses were by one possession on the road. Another positive is Memphis and Cincinnati both come to Dallas during the regular season.

Boston College gets off to good start

Jeff Hafley left the comfort of being a defensive coordinator at Ohio State to take on a rebuilding job at Boston College. So far, so good.

Helped by Notre Dame transfer quarterback Phil Jurkovec, who completed 17 of his 23 passes for 300 yards and two touchdowns, the Eagles took down Duke on the road in impressive fashion. A game against No. 11 North Carolina looms in a couple weeks, where they can prove if they can make more noise in the ACC.