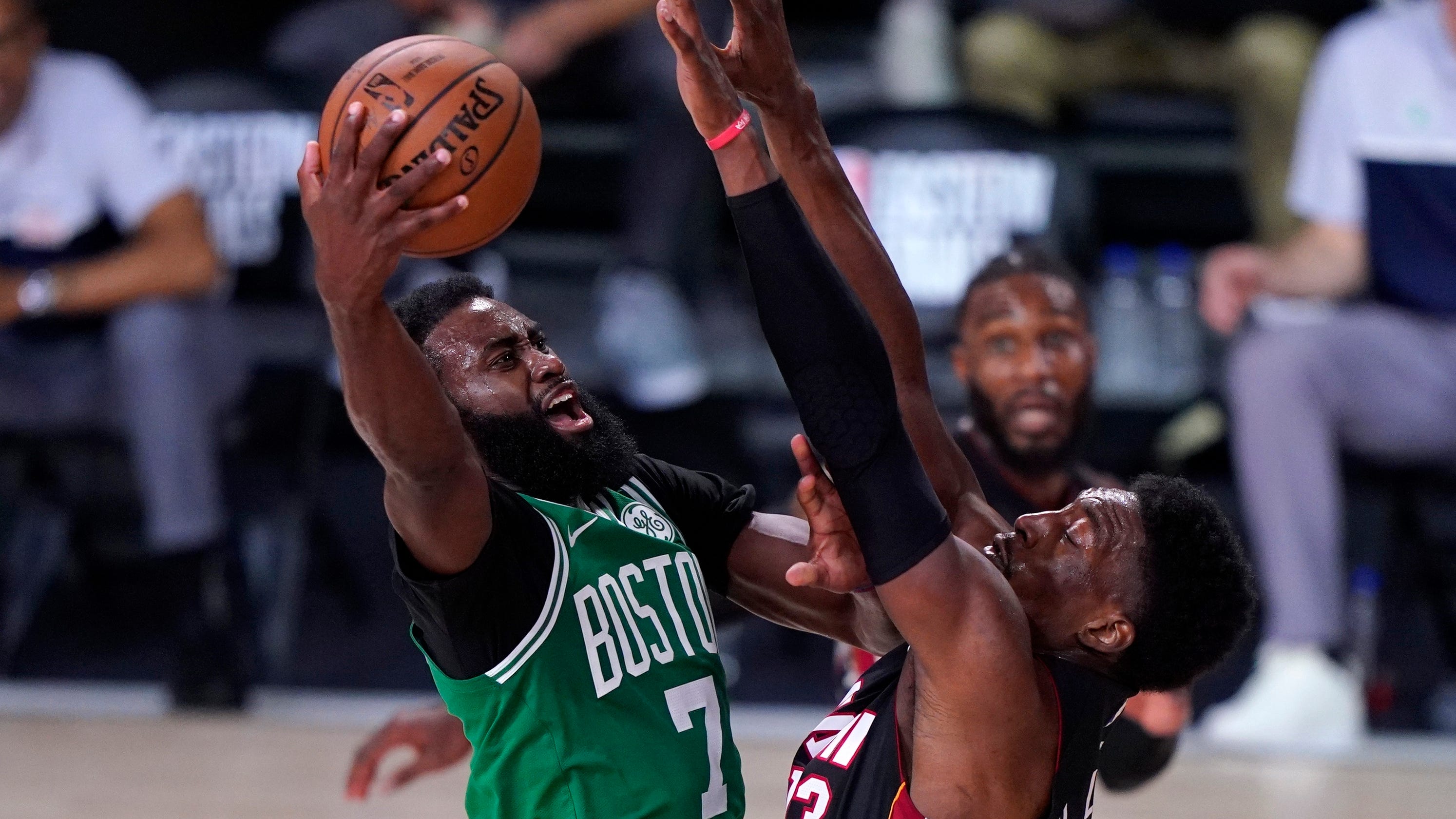 Not only from a loss in the previous game, but from the emotional and heated postgame exchanges after the Celtics fell in a 2-0 series hole against the Miami Heat in the Eastern Conference finals two days prior.

“I mean, listen, when you want something really bad and you come up short, especially when it’s going well for you,” Celtics coach Brad Stevens said, “there’s going to be some scarring and for us, there was some scarring the other night that showed itself and that’s part of a team. And then the team reconnects, recenters and gets back to go to work. That’s what you do.”

The Celtics received big games from their most important players.

It was a game Boston needed to win — though it let a safe lead dwindle to dangerous territory in the final minutes — and it found better ways to attack Miami’s defense, especially the zone. The Celtics exposed seams in the zone and made a concerted effort to attack the rim. Boston outscored the Heat 60-36 in the paint, and ball movement led to 27 assists on 41 baskets.

Gordon Hayward played for the first time since spraining his right ankle against Philadelphia in Game 1 on the first round on Aug. 17. He left the bubble for treatment, returned for quarantine and then rehabbed his way into availability for Game 3.

He had just six points but made an impact with five rebounds, four assists and three steals in 30 minutes.

“He’s a great passer. He can score the ball,” Stevens said before the game. “He can switch all the different positions. He gives us a lot of defensive flexibility there. He just gives us a lot. And I think that he’s always been a guy that provides a great sense of stability. So I think, obviously, he’s coming back from a four-week break or four-and-a-half-week break, so we don’t expect him to be a world beater, but I think his presence helps us.”

Jaylen Brown had 26 points and Marcus Smart had 20 for the Celtics. (Photo: Mark J. Terrill, AP)

The Heat looked lethargic and lackadaisical, a step too slow offensively and defensively and careless with the basketball.

Miami’s Tyler Herro scored 22 points and had a stretch in the second quarter where he scored 11 points in 2:18. Bam Adebayo had 27 points and 16 rebounds, but take away the shooting numbers from Herro and Adebayo and the Heat were just 28.3% from the field.

The Heat made nine of their first 20 3-pointers, then missed 15 consecutive before Duncan Robinson made one midway through the fourth quarter.

This was just Miami’s second loss of the postseason. It swept Indiana, beat Milwaukee in five games then took the first two games against Boston.

Now it’s the Heat’s turn to see if they can regroup.