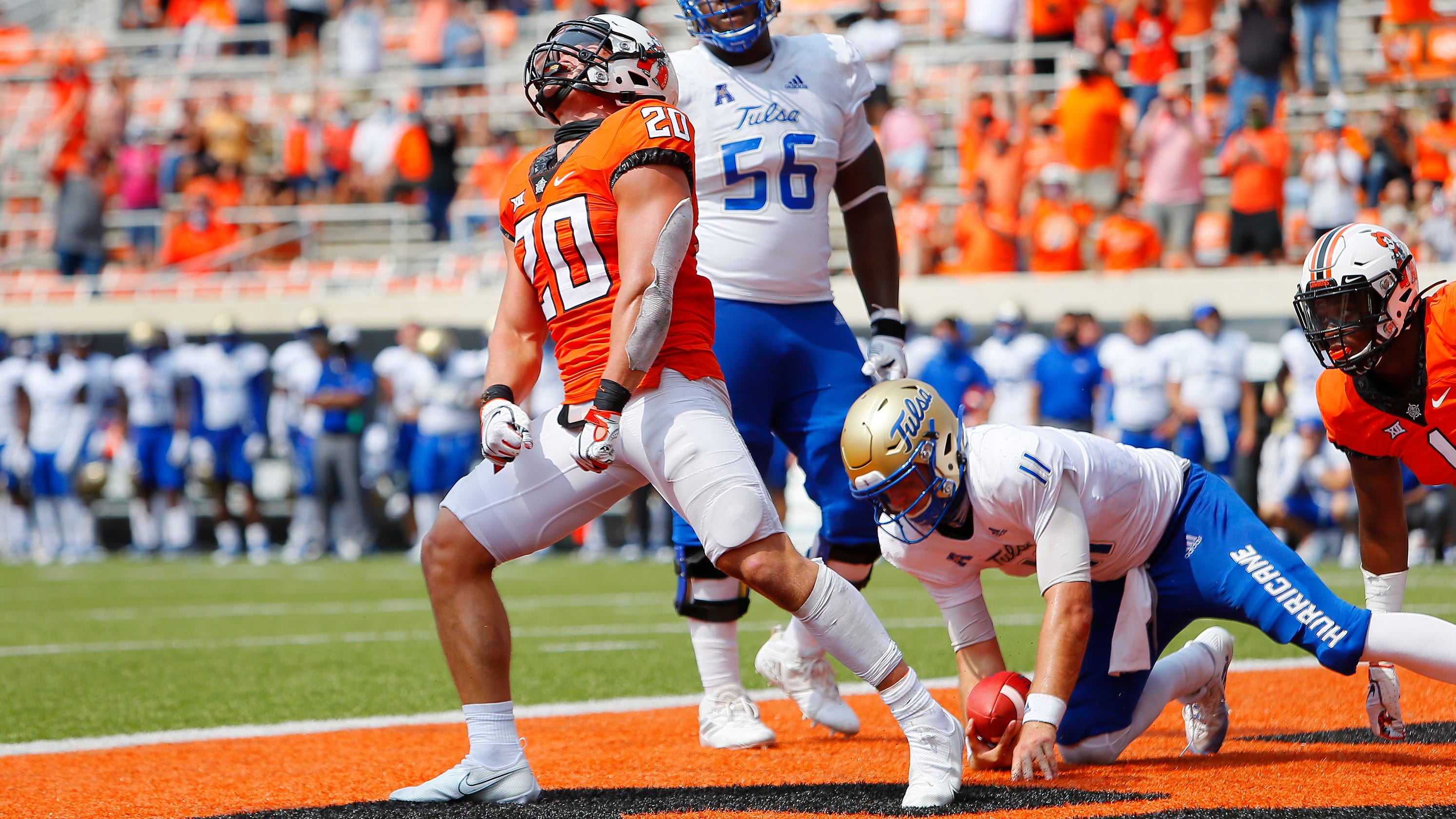 STILLWATER, Okla. — No. 12 Oklahoma State got a boost from third-string, true freshman quarterback Shane Illingworth to survive an upset bid from Tulsa, 16-7, on Saturday at Boone Pickens Stadium.

Oklahoma State starting quarterback Spencer Sanders injured his right ankle on the first offensive possession of the game, and he tried to tough it out, but after a fumble on the first snap of the second possession, Sanders headed to the locker room and didn’t return.

Junior-college transfer Ethan Bullock entered, playing the rest of the first half and briefly into the third quarter. But after an interception, he was pulled in favor of four-star recruit Shane Illingworth.

The true freshman brought an immediate spark to the offense, throwing twice to Tylan Wallace on his first series and leading a touchdown drive that gave OSU a 10-7 lead.

The severity of Sanders’ injury was not immediately known, meaning Illingworth could be in line for his first career start next week against West Virginia in a 2:30 p.m. contest at Boone Pickens Stadium.

The Oklahoma State defense was solid in its tackling, particularly in the open field, which keyed the victory.

Cornerback Rodarius Williams came up with one of the biggest when he stopped Keylon Stokes at the 3-yard line in a one-on-one situation with the Cowboys clinging to a 10-7 lead early in the fourth quarter.

The open-field tackling also helped OSU force Tulsa to an 0-of-12 performance on third down.

And the biggest tackle of the day came with 2:01 on the clock, when linebacker Malcolm Rodriguez blitzed quarterback Zach Smith, sacking him at the 2-yard line on fourth-and-24 to seal the victory.

Penalties that stopped a Tulsa TD

Oklahoma State coaches assuredly don’t advocate for facemask penalties, but when Devin Harper grabbed the mask of Deneric Prince, it saved a touchdown.

The penalty put Tulsa inside the Cowboy 5-yard line, but the defense came up with a stand — thanks to yet another penalty.

Tulsa had appeared to score a go-ahead touchdown, but a TU player was flagged for illegal motion.

OSU defensive back Tanner McCalister knocked away a pass on the next play, and Tulsa missed a field goal that would have tied the game.

OSU standout receiver Tylan Wallace went without a catch in the first half, but he made up for it in the third quarter, with three catches of more than 20 yards. He also drew a pass interference call that kept a drive moving.

Wallace finished with four catches for 94 yards, an average of 23.5 per catch.

He was good on his first collegiate attempt, a 27-yard field goal. And then came up with a big one, hitting from 40 yards with under five minutes to play to put OSU up 13-7.

He added a 29-yarder with 18 seconds to play that locked up the win.

Hale, who walked on in 2018, won the kicking job in the preseason.