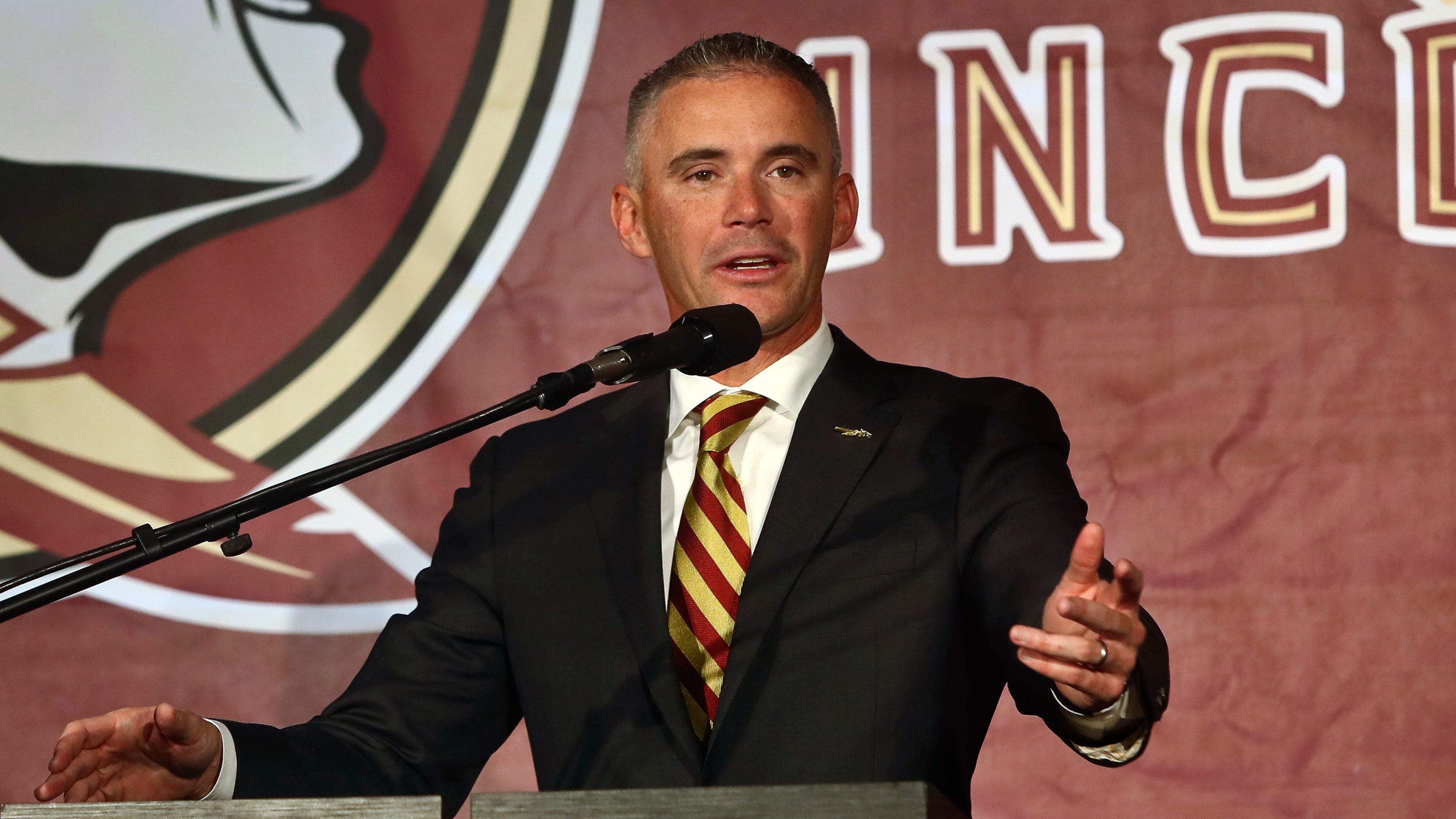 The first-year head coach announced via a statement shared by the school that he tested positive in Friday’s round of testing after testing negative in each of the previous two tests earlier this week.

His required quarantine will extend past next weekend, meaning he won’t be on the sidelines when the Seminoles play at Miami (Fla.) on Sept. 26.

He said that his wife and daughter have both tested positive, but are quarantining.

“My result was surprising to me, but we have prepared for a potential positive result among anyone in our program and we will put that plan in place while I am away,” Norvell said in a statement.

“I will remain involved remotely as much as possible to help our team continue to prepare. Deputy head coach Chris Thomsen will handle in-person head coaching duties until I am able to return.

“I’m grateful to the administration, players and staff for their commitment to the protocols we have in place, which have helped us limit contact with others and allowed us to continue moving forward.”

CALLED OFF: Baylor game against Houston postponed by COVID-19

Norvell is the third Bowl Subdivision head coach to have tested positive for COVID-19. Toledo coach Jason Candle was positive in July and UCLA coach Chip Kelly was in March. Norvell will be the first, though, to miss out on coaching a game due to a positive test.

It’s unknown if any Florida State players or staff members have also tested positive or determined to be sidelined to contact tracing due to Norvell, but the fact that this is a bye week for the Seminoles lessens the odds significantly.

Florida State athletics director David Coburn, in another statement, said he has no reason to believe the Miami game is in jeopardy at this point.

“This is unfortunate, but luckily Coach is feeling fine. We are proceeding with our COVID protocols as we would with any other case,” Coburn said.

“Coach is isolated and university tracing staff is handling the contact tracing as they normally do. We will continue to test staff and student-athletes as we have been.

“We have communicated with Commissioner John Swofford and Miami Athletics Director Blake James. At this point, based on our testing this week, we have no reason to believe that the Miami game is in jeopardy.”

Thomsen is the only other member of Norvell’s staff with full-time head coaching experience at the collegiate level. He was the head coach at Division II Abilene Christian from 2005 through 2011. Over that span, he led the team to a 51-21 record and six consecutive playoff appearances.