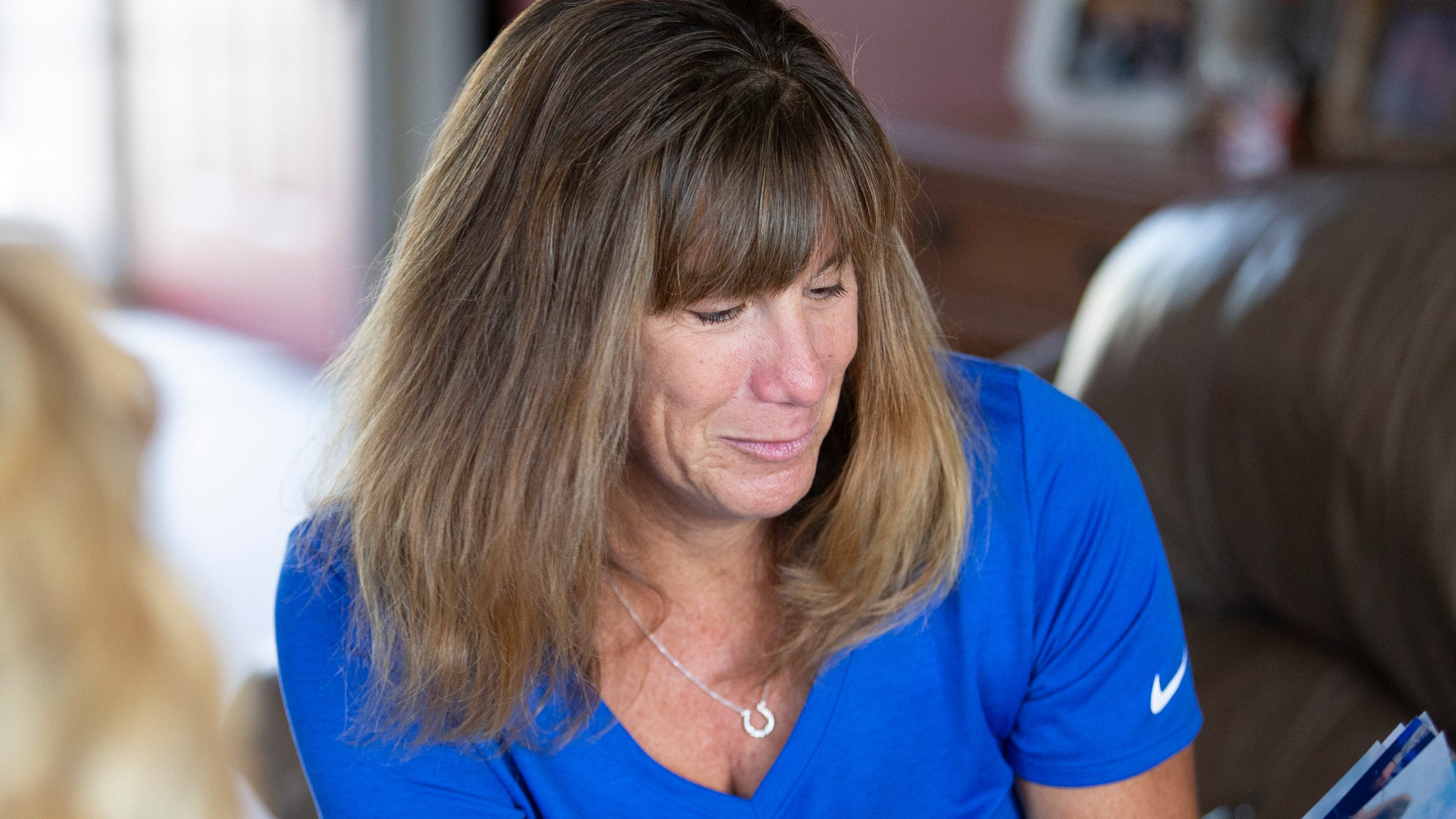 Joanna Jockish has been to every Colts home game since their first season in Indianapolis, but will miss Sunday’s game because she was not selected.

She’d had an incredible run, going to the Colts’ first home game at the Hoosier Dome in 1984, at age 14, when the team came to Indy, and somehow not missing one since, including playoff games.

Jockish’s streak was about to be snapped — due to the coronavirus pandemic and just 2,500 fans allowed for the season opener Sunday inside Lucas Oil Stadium.

Not so fast, said Colts owner Jim Irsay. Jockish’s devotion to the team all those years caught his eye, and at 4:01 p.m. — just 35 minutes after her story went public — Irsay sent this tweet:

“YOU CAN TELL this young lady that she will be in Lucas Oil Stadium on Sunday as my guest.”

Jockish didn’t see the tweet. She was headed to officiate a volleyball game. When IndyStar called to tell her, she was thrilled — and a bit shocked. “Are you kidding? Wow,” she said. “That is so nice. Wow.”

“Jim wants to invite her to the game,” Ward said in the email.

Irsay had a couple of “emergency” tickets, had read the story and “simply wanted to assist a loyal Colts fan,” Ward said. Jockish will be sitting in a suite.

“I still can’t believe it,” Jockish said Friday. “That is so gracious of Mr. Irsay.”

Because Jockish wasn’t originally chosen as one of the 2,500 fans, she had planned to watch the game at her Indianapolis home. Thanks to Irsay, her streak of attending every home Colts game since 1984 will live on. At least for now.

For the next home game Sept. 27 against the New York Jets, the team has opened up single-game ticket sales. Capacity is set at 7,500 fans.