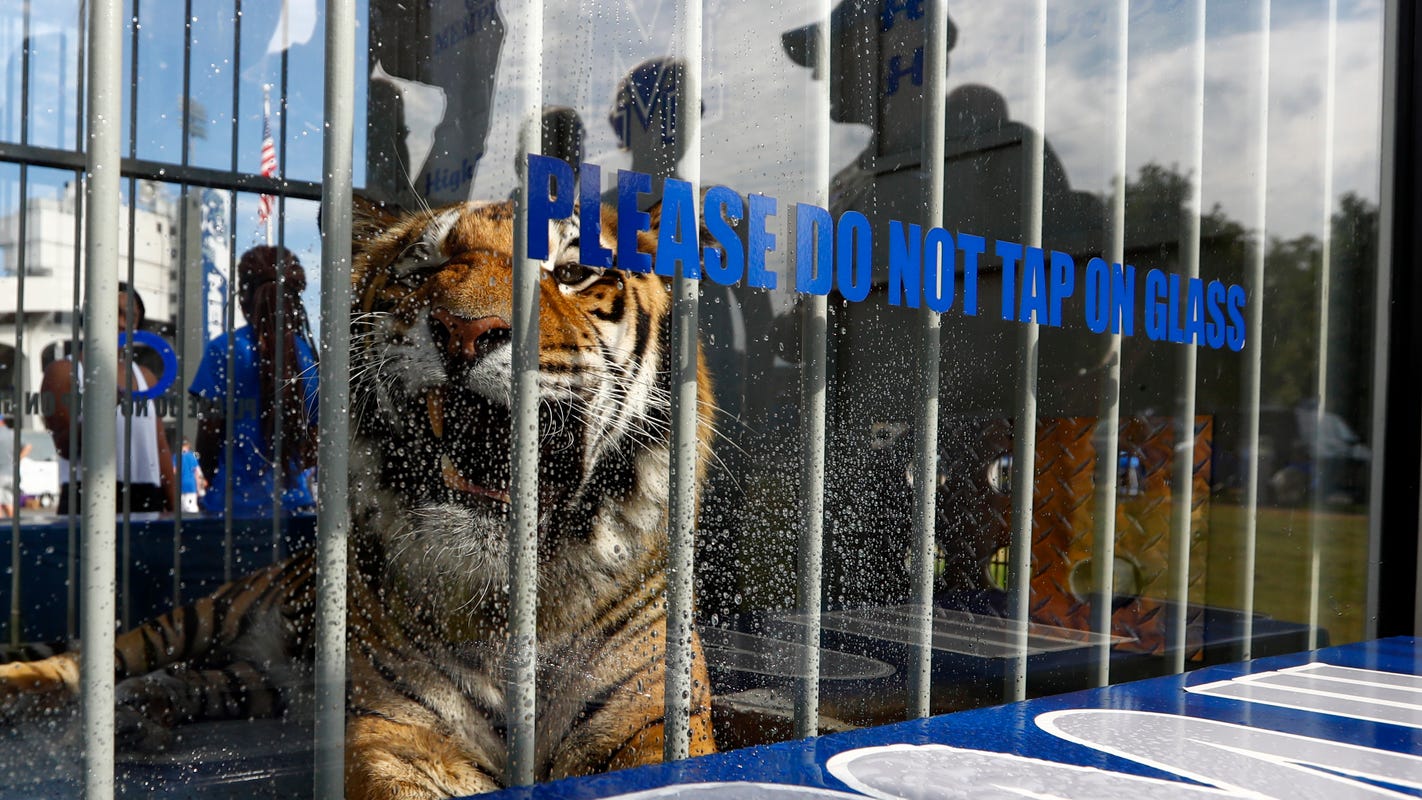 Forman posted a statement saying TOM III, who was 12, battled a rapidly progressing illness and was anesthetized after a thorough physical examination after developing symptoms.

He died 48 hours after his exam as his condition deteriorated and will be taken to the Memphis Zoo for an autopsy. The cause of death was not determined.

“TOM’s loss is devastating to those who loved and cared for him. The list of people to thank for their support of the wonderful life TOM enjoyed is extensive, longer than can be listed now, but I am deeply indebted to each of them,” Forman wrote. “I must also thank Tiger Nation in general for all the love and support they have shown me over my two decades spent supporting the Tiger Project. TOM’s memory and legacy will live on in the hearts of all Tiger Fans.”

The light has left my life.

TOM III passed away this morning.

In a statement, the University of Memphis said TOM III’s passing marks the end of an era as the school will no longer have a Bengal tiger on the sideline during games. Prior to this season, a live tiger named TOM, which stands for Tigers of Memphis, has been the sideline mascot since 1972.

TOM III attended 73 consecutive home games, starting with his first game on Nov. 22, 2008. His final home game was on Dec. 7 last year when the Tigers defeated Cincinnati 29-24 to win the AAC Championship.

“Our entire football program sends our thoughts and prayers with you Scott, as we have lost a beloved member of our family. Thank you for giving Tom III an amazing life,” Tigers football coach Ryan Silverfield wrote on Twitter,

TOM III was not at the Tigers’ season-opening win against Arkansas State this month due to AAC restrictions that only allowed teams on the field.

He was a popular pregame attraction for fans on Tiger Lane as they stopped to pose for pictures before and after the team arrived at Liberty Bowl Memorial Stadium.

“TOM III had some of the absolute best care, and I want to thank all of the people, especially the Highland Hundred, who have supported TOM III as well as the original TOM and TOM II for nearly 50 years,” University of Memphis president M. David Rudd said in a statement. “The TOMs have truly been wonderful ambassadors for the University of Memphis and will be dearly missed.”

Forman added that in lieu of memorials, he encouraged fans to donate to the “TOM III” scholarship fund to continue supporting the football team.