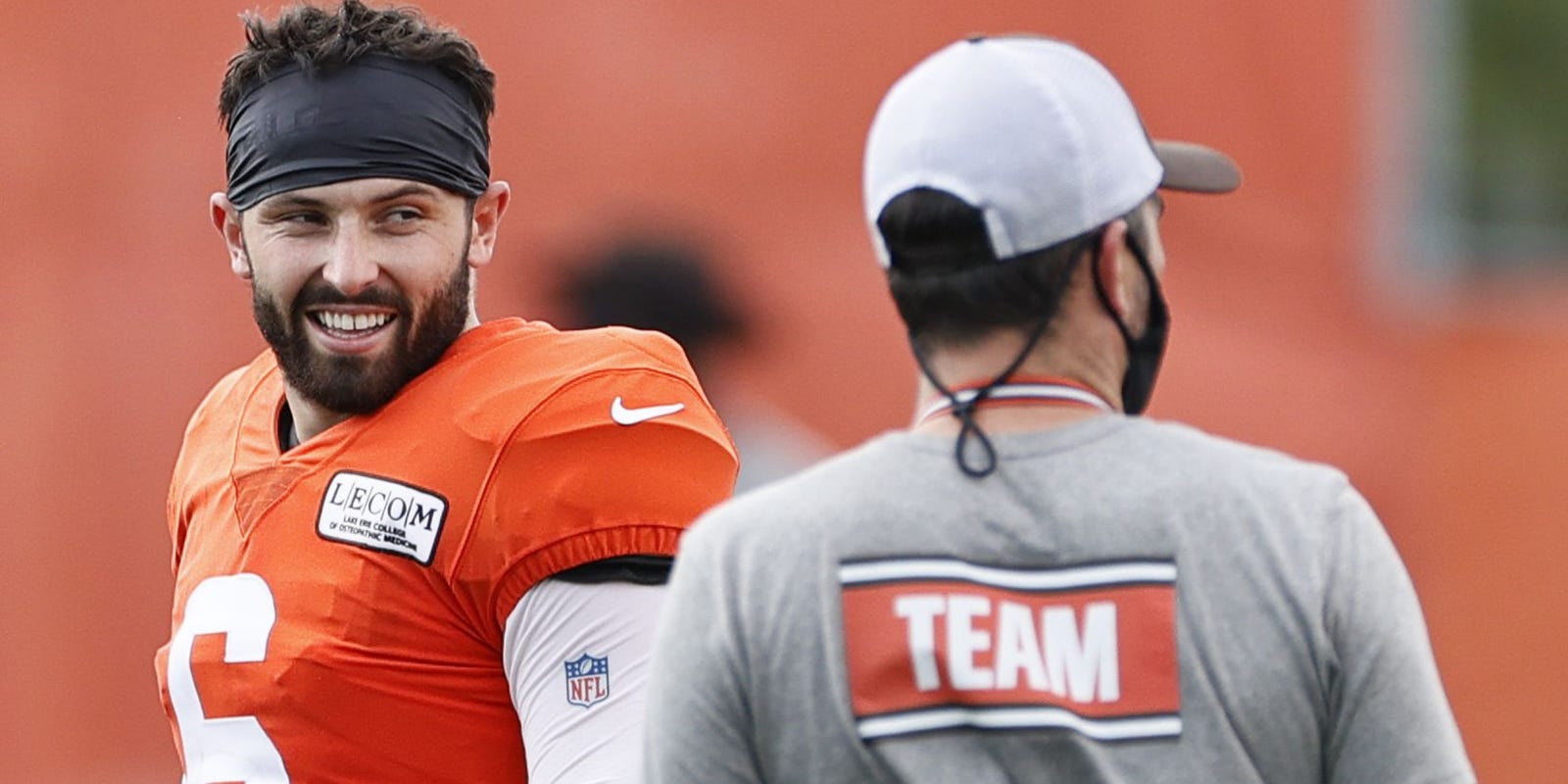 AKRON, Ohio — Cleveland Browns coach Kevin Stefanski thought he was helping an old high school friend when he spent an hour discussing team building on a Zoom call in March.

The basketball coaching staff at Virginia Commonwealth University wanted to pick Stefanski’s brain about how the NFL was handling a virtual offseason during the coronavirus pandemic and how the new coach planned to change a losing culture remotely.

The suggestion Stefanski received might turn out to be more valuable than what he gave.

VCU coach Mike Rhoades told Stefanski about the “4 H’s” — history, heartbreak, heroes and hopes — an exercise Rhoades has been using for three seasons. Rhoades picked up the idea of sharing personal stories, whether tales of hardship or revelations of those who have impacted their lives, at a coaches’ convention at Texas A&M-Corpus Christi.

The discussion with Stefanski was set up by Jimmy Martelli, VCU’s director of basketball operations. Martelli, 37, has known Stefanski since 1996, when two kids whose fathers had careers in basketball bonded as freshman basketball teammates at St. Joseph’s Preparatory School in Philadelphia.

“He’s always been a, I don’t know if connector is the right word,” Martelli said of Stefanski during a Sept. 11 phone interview. “He’s one of the guys in the hallways of high school, he can walk into anybody, you pick any walk of life they were in, and he was friends with them, could connect with them. He’s just a genuine person.”

Echoing the March conversation five VCU staffers had with Stefanski, Martelli said Rhoades tells his players about the 4 H’s when they start fall practice and warns they will be called on to speak, usually the night before road games. Coaches, players and managers participate.

Rhoades starts it off and has a powerful story to tell. He won a 1994 national basketball title and was Division III player of the year at Lebanon Valley (Pennsylvania) College. His father James was a teacher, high school football coach, principal and a seven-term state senator. In 2008, James Rhoades died following a car accident that Martelli said was caused by a drunk driver.

Since Stefanski was named Browns coach on Jan. 13, a person familiar with the situation said more than 50 players and coaches have spoken in their 4 H’s sessions. The person spoke on condition of anonymity because they were not authorized to speak publicly.

“It has been unbelievable to hear some of the stories, what people have come from and where they are going,” Stefanski said on Sept. 3, when he discussed its genesis.

“Kev texted me I think the first time he did it on Zoom and he’s like, ‘Man, that was awesome,’” Martelli said. “I don’t know who he picked. I said, ‘The first couple times you’ve got to make sure those guys are ready, willing and able, not that their story is the best. If you pick your running back and he’s a quiet guy and he doesn’t know what it’s about, you’re not ready.’”

“I was able to learn things about people I probably would not talk to that much. It brought us closer as a team. I have those guys’ backs.”

Kareem Hunt is not nearly as quiet as Nick Chubb, the other half of the Browns’ running back tandem, but Hunt said the 4 H’s stories have made an impression on him.

“I learned a lot about a lot of people who I might not have ever heard their story,” Hunt said via Zoom on Sept. 9. “I was able to learn things about people I probably would not talk to that much. That was a good way to do it. It brought us closer as a team. I have those guys’ backs.”

Browns co-owner Dee Haslam first mentioned the 4 H’s in August, when she addressed a question about receiver Odell Beckham Jr.

“We did an exercise with the team Friday night – the 4 H’s … Odell texted me and told me that he really related to a lot of the stuff,” Haslam said during an Aug. 16 Zoom interview. “We had a great conversation about that.”

Martelli said if the idea has its intended impact, it could manifest itself on the field for the Browns.

“We’re trying to develop trust between guys,” Martelli said. “What that helps is that in a tight game you can look that guy in the eye and you’re like, ‘I know what he’s made of, I know what he’s from, I can really count on him.’ Rather than, ‘Oh, we ran the play four or five times this week, I think he knows it.’ You really actually know that person.”

Martelli said Rhodes decided to try the exercise at VCU because of the staff’s frustration over players’ obsession with their cellphones.

“Our guys finish workouts and they go sit on the sideline. There’s seven of them not talking to each other, drenched in sweat, drinking a shake or whatever they’re drinking and staring at their phone for 10 or 15 minutes,” Martelli said. “You don’t hear a peep.

“You could set a timer, and then they come back to life. They put ’em away, they’ll go do extra shooting or they’ll go in the training room. I said [to Stefanski], ‘Is it just us?’ He said, ‘No, it’s the same thing, trying to get guys to talk to each other.’ ”

Martelli recalled a 4 H’s story from the 2017 season at VCU, when an assistant coach talked about being separated from his son, who was living in a different city.

“You talk about hearing a pin drop, 18- to 22-year-olds crying because of their relationship with their father and not realizing how much it impacts him because he’s such a great person day-to-day they don’t see that hurting him,” Martelli said. “They don’t know that he FaceTimes five times a day to make sure he has a relationship with his son.

“Those kind of stories put everyone literally on the same playing field. Everyone has something that’s difficult, that’s tough, that pulls at them in their past, in their present. Just how do you allow people in and let them see that so they can help?”

Martelli said the 4 H’s stories are not always emotional.

“We tell the guys, ‘We’re not here to be a daytime talk show and get you to cry on the couch,’ ” Martelli said. “The deal is to let your teammates know a little bit more about you … so when you find yourself sitting next to them on the plane or the bus or even after practice, ‘Yo, how is your mom doing? I know you said something about her dealing with a disease or this or that. Is she OK? I know you said your sister really means a lot to you. My sister means a lot to me, too.’

“Everybody kind of has a piece of their story that everyone relates to and it just helps bridge those gaps. Because given to their devices, they’re just going to go to their phone and fill those voids with Instagram and whatever else.”

During the spring and summer, Martelli said the VCU staff also reached out for leadership tips and spoke to an assistant with the Toronto Raptors, who was “very impactful.” The talk with Stefanski focused on the team’s mentality and culture, with Stefanski dropping his “All bite, no bark” mantra and telling stories about adapting to coaching different Vikings quarterbacks during his 14 seasons in Minnesota.

“There was very little we could do for him. Hopefully the 4 H’s is something we could provide as a little bit of a help in building the team,” said Martelli.

“I’m so excited for a friend of mine. I really do believe they have a great, great leader there and this is just another example of how much he cares about the people in the organization.”