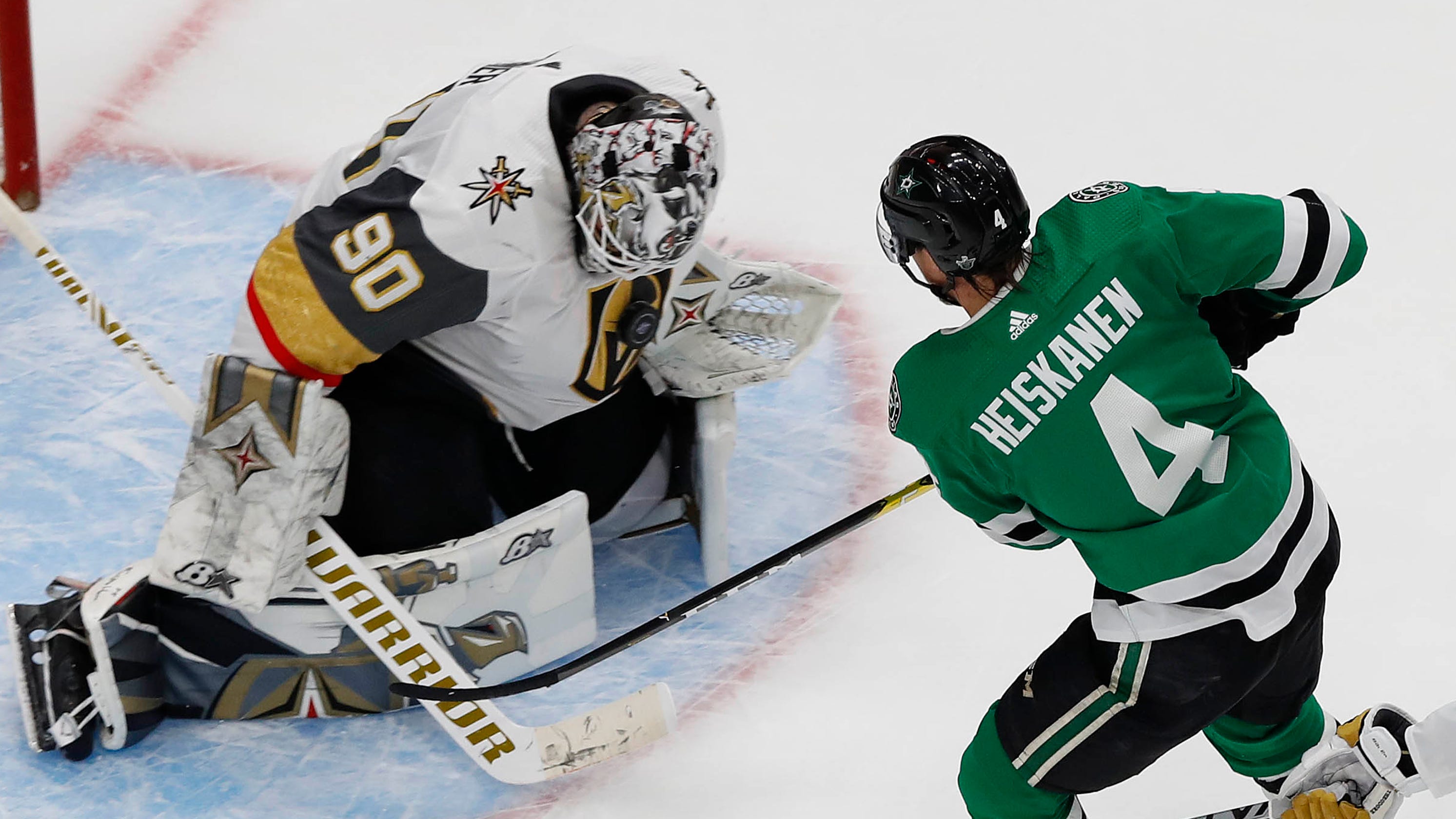 The Tampa Bay Lightning are exactly where everyone expected them to be, just a year late.

Last year’s team finished with a record-tying 62 victories then was unceremoniously swept in the first round by the Columbus Blue Jackets.

This year, the Lightning avenged the Blue Jackets loss, beating Columbus in the first round and then defeating the Boston Bruins and New York Islanders for their first trip to the Stanley Cup Final since 2015.

“I’m excited for my players, this journey, especially after what happened the last year, we kind of took it on the chin and rightfully so,” Lightning coach Jon Cooper said. “We deserved to take it on the chin, but to counter-punch like we have this year, good on those guys.”

The Dallas Stars went through an in-season coaching change when Jim Montgomery was fired and replaced by assistant Rick Bowness.

They lost No. 1 goalie Ben Bishop to injury, but veteran Anton Khudobin has been impressive, particularly against the Golden Knights. They have been outscored and outshot in the postseason, but have found ways to rally to reach their first Final since 2000.

The Stars (1999) and Lightning (2004) will be looking to win their second NHL championship.

A look at the good, the bad and the strange about this year’s Stanley Cup Final.

Good: The Lightning haven’t had a second of play from Steven Stamkos and they’re in the Final. Credit Julien Brisebois, a general manager of the year finalist, for that. He added toughness in Pat Maroon and Barclay Goodrow and depth in Blake Coleman, Kevin Shattenkirk and Zach Bogosian. Stamkos had skated occasionally but has been ruled out for Game 1, at least.

The health of Brayden Point is a key factor for the Tampa Bay Lightning. (Photo: Perry Nelson, USA TODAY Sports)

QUEST FOR THE STANLEY CUP: Scores, schedules in the bubble

PREDICTIONS: Here’s how Lightning-Stars series will play out

Bad: Brayden Point was injured in Game 2 of the Eastern Conference final and missed Game 3, a loss. He returned the next game but was banged around and missed Game 5, another loss. He did play Game 6. He could win the Conn Smythe Trophy if the Lightning win, but if he’s not 100% against a hard-hitting Stars team, that could spell trouble for Tampa Bay.

Strange: Cooper says the hockey gods were working when the first round featured another Tampa Bay-Columbus matchup. All it took was a pandemic, the NHL’s decision to invite 24 teams to the postseason, a Blue Jackets Game 5 win in the qualifying round and a Lightning loss in the round robin. Things weren’t looking good when defenseman Victor Hedman was hurt in that game, but he was able to play more than 57 minutes in the Lightning’s five-overtime win in Game 1 against Columbus. The confidence Tampa Bay gained by getting past the Blue Jackets carried through the next two rounds.

Good: Miro Heiskanen was the Stars’ All-Star Game representative in 2019. It has become clear why. He’s the top-scoring defenseman in the playoffs with 22 points at age 21. He is highly mobile and often jumps into the rush. “You just let Miro be Miro, and he’s going to take over games,” John Klingberg said. The Stars’ defense, which includes Klingberg and Esa Lindell, matches up well against the Lightning’s.

Bad: Tyler Seguin, the Stars’ highest-paid player, has only two goals and eight points in 20 games. His team-high 50 points was his lowest total since he arrived in a 2013 trade. Highly-paid Jamie Benn and Joe Pavelski have overcome subpar regular seasons and the Stars are getting big-game performances from others. Still, if the Stars are to get past the deep Lightning, they’ll need more offense from Seguin. A good sign: He had a strong overall game in the Game 5 clincher against the Vegas Golden Knights, even if he didn’t have a point. He has 54 shots on goal in the playoffs.

Strange: The Stars are the definition of flip the switch. They had lost six in a row before the league went on hiatus in March and only got into the round robin because they played two fewer games than the Oilers and had a better winning percentage. They were outscored 10-5 in the round robin, but their 26th-ranked regular-season offense has come to life in the playoffs. Their resilience is evident in games. They trailed the Flames 3-0 in the clinching Game 6, rallying to win 7-3. They yielded a Colorado go-ahead goal in the third period of Game 7 but tied it 10 seconds later. And they overcame a late two-goal deficit to win Game 5 in overtime against the Golden Knights.

Good: This is the first series between two teams from the Sun Belt, which is always a good thing for a league looking to grow its national footprint. Dallas is the fifth-ranked television market and Tampa-St. Petersburg is the 12th, so there should be good local numbers.

Bad: The NHL bubbles have been great for playing a postseason amid a pandemic as there have been no positive COVID-19 tests so far. But it will be strange to see a Stanley Cup awarded without fans in the stands in Edmonton, Alberta. And ESPN is reporting that not many families have been able to join the players. The usually exuberant Stanley Cup celebration could seem muted.

Strange: There’s a bunch of it in this series

—This is the first Final in which two Russian goalies are opposing each other. Khudobin or Tampa Bay’s Andrei Vasilevskiy will be the second Russian starting goalie to win a Cup. The first was Nikolai Khabibulin, with the Lightning in 2004.

—It’s the second year in a row that a midseason replacement coach has reached the Final. Bowness joins Craig Berube, who won last season with the St. Louis Blues.

—Bowness was Cooper’s assistant for five seasons, including during Tampa Bay’s run to the 2015 final.

—Maroon has a chance to win back-to-back Cups with different teams. The last person to do that: Cory Stillman (Tampa Bay, 2004, and Carolina, 2006, after the lockout-canceled season). The last to do it in back-to-back years: Claude Lemieux (New Jersey, 1995, and Colorado, 1996).