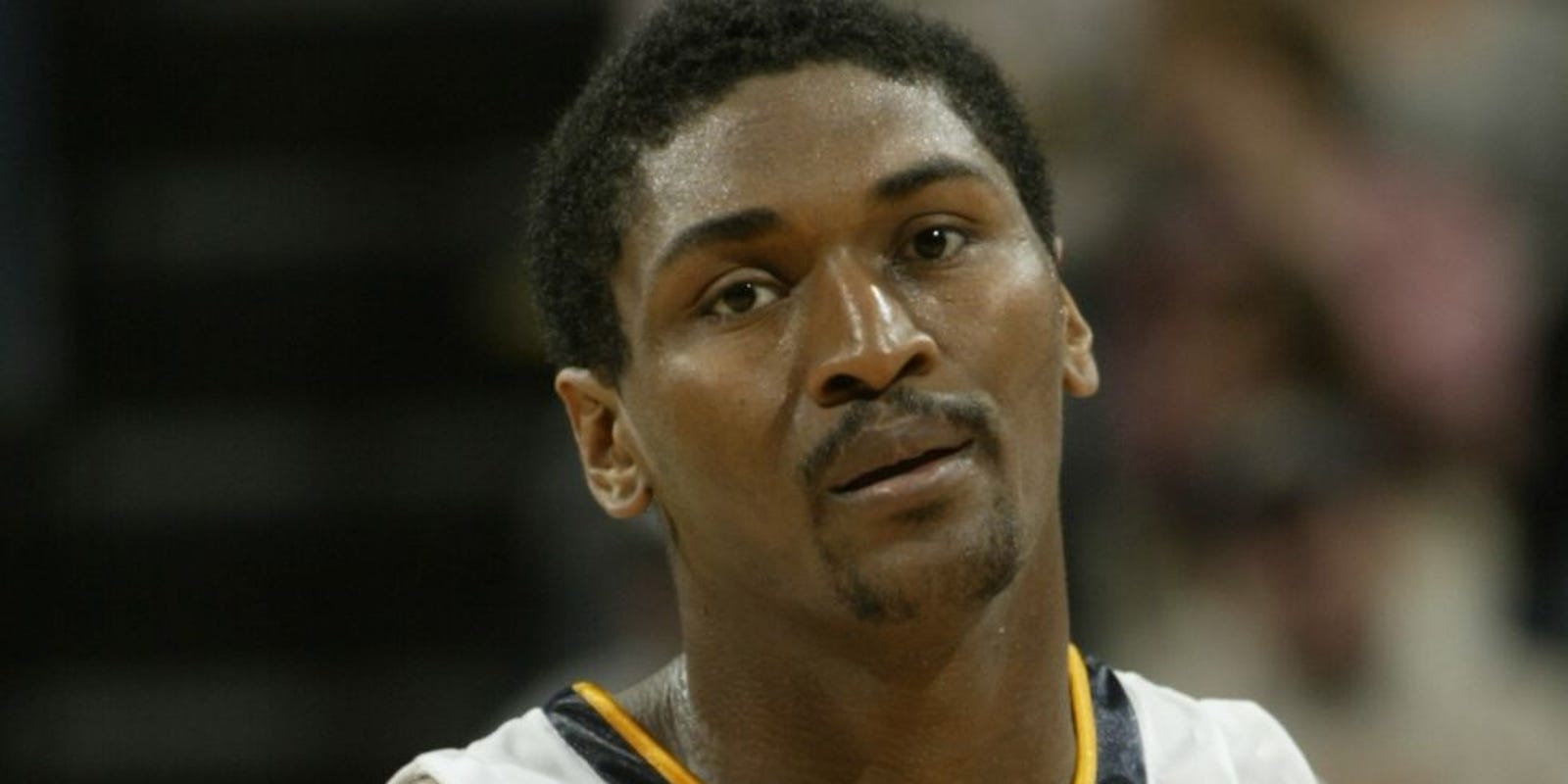 Metta Sandiford-Artest blames himself for Pacers not winning NBA title

Metta World Peace says his time with the Indiana Pacers was “one of the biggest regrets” of his life. Here’s a look at the life and NBA career of the man once known as Ron Artest. (Dwight Adams/IndyStar)

This is not easy for a formerly brash, brazen basketball player named Ron Artest to say. But, it is easier to say now — as a 40-year-old man — with his self-destructive ways in the past and a lot of time spent thinking about those years in Indiana.

That $42 million contract extension he was given by the Pacers in 2002, maybe it wasn’t worth it for the team. Maybe Indiana Pacers President Donnie Walsh, who spent hours in deep conversation with Artest, nurturing and comforting him through difficult times, should have given up on him.

Maybe Walsh should have gotten another player, one who wouldn’t snap and erupt into violent outbursts.

“They did have a special player, but the player they had wasn’t stable as a pro basketball player,” Metta Saniford-Artest (who changed his name from Metta World Peace in May after marrying Maya Sandiford) told IndyStar Wednesday.

“In terms of talent they definitely got it right (with me). But I felt bad, wish it would have been someone else they had gotten so they could have won a title.”

Saniford-Artest was named Defensive Player of the Year in 2004 and the team was poised for a championship run. But the infamous Pacers-Piston brawl, also known as Malice at the Palace, cane at the start of the 2004-05 season.

“I thought we should have won a title. I remember being right there in a position to win the title and that was a hell of a memory,” Sandiford-Artest said. “I’ll hold that memory forever even if it was woulda, coulda, shoulda.”

And what would have, could have and should have been still weighs on him, Sandiford-Artest said.

He was young, overwhelmed and on the verge of self-destruction.

To anyone else, peeking into Sandiford-Artest’s world in 2002, the words were ones NBA dreams are made of. Walsh looked at Sandiford-Artest, who was in his first season with the team, and told him he would do anything to keep him.

“I remember Donnie Walsh telling me he wanted to give me the maximum dollar,” he said. “‘What any team wants for you, we are going to match it.'”

Exhilaration didn’t follow. Instead, Sandiford-Artest felt disbelief. And then worse.

“I actually panicked,” he said. “At that time, I was like, ‘Are you (expletive) kidding me?’ Sometimes, things cause you to self destruct, certain things.”

Things that, on the surface, shouldn’t. Sandiford-Artest can look back now and see it all more clearly. His mental health wasn’t top of mind. Basketball was and the drive to be the best was all-consuming.

Sandiford-Artest was 22 when Walsh made good on his promise with a six-year, $42 million contract extension in October 2002, just months after he came to Indiana from Chicago.

“At that age, I wasn’t ready,” Sandiford-Artest said. “Indiana was giving me a big responsibility.”

‘My best, it was Indiana’

“A loner” is how Sandiford-Artest described himself when he played for the Pacers from 2002 to 2006. When times would get low in Indianapolis, the dark would set in and he could feel overwhelmed. Sandiford-Artest relied on those shiny hardwood courts inside Bankers Life Fieldhouse.

The gym meant assistant Chuck Person and Larry Bird were around. He spent more time with them than any player on the team. And the most with Bird, who became Pacers president in 2003, who was always there for him, he said.

Those years with the Pacers were bittersweet ones for Sandiford-Artest.

“When it comes to my best, it was Indiana,” he said. “It was the only time I was on the trajectory to go to the Hall of Fame.”

Yet his behavior was often bizarre. Just a year into his Pacers tenure, Sandiford-Artest destroyed a television camera at Madison Square Garden and was suspended three games. That same year, he was out another four games for a confrontation with Miami coach Pat Riley. In 2004, Sandiford-Artest came to a practice with a bathrobe over his uniform, which he called “a symbolic reminder to take it easy.”

And then in November the Pacers-Pistons brawl played out. Sandiford-Artest and other Pacers players fought Pistons fans at the end of a hotly-contested victory over Detroit.  Sandiford-Artest became violent and was suspended for the rest of the season. It was the longest suspension for an on-court incident in NBA history. Stephen Jackson and Jermaine O’Neal also faced lengthy suspensions.

“Well, you build teams hopefully to get an opportunity to play in the Finals, and they were definitely good enough,” Bird told Marc Spears of the Undefeated in October. “Even though we went to the Finals in 2000, I think that (2004) team was better. They didn’t get to show us how good they were.”

Still, Sandiford-Artest remembers his Pacers days as good ones.

“They (Pacers) were very supportive,” he said. And so many were there for him, including O’Neal who was ready at a moment’s notice to help, Jonathan Bender who would talk music with him and Jamison Brewer, the player whom Sandiford-Artest spent the most time with.

What helped him the most, though, were times with Walsh.

‘I want to coach in the NBA’

Pacers coach? The Pacers are looking for a coach, after Nate McMillan was fired last month. When Sandiford-Artest was asked if he would want the job: “I don’t want to cause any controversy. I definitely want to coach in the NBA one day. I want to be a head coach, preferably where I played one day.”

Former Pacers player Metta World Peace, or Ron Artest as he was known then. (Photo: Robert Scheer / The Star)

Advice to young NBA stars: “You’ve got to be ready to be great even if you’re not great right now,” he said. “If that opportunity is in front of you, ‘You be the franchise. We are going to pay you a lot of money,’ you don’t want to self destruct. Self destruction is not good.”

Malice at the Palace: “Detroit was an incident that would have happened regardless,” said Sandiford-Artest. “It was the stuff that was happening before Detroit (that led to that incident). It was human nature, just human nature.”

His first time voting: “I never voted in my life. It was just something I was never really into. I figured whoever was going to be president was going to do a good job. I never thought I was actually voting for rights. I was into basketball, reading different things about science, not politics. I didn’t think I would be living here. I thought when I retired I would live in Africa. Now that I’m here in America, I think I’m going to have to vote, especially this year. But I hate politics.”