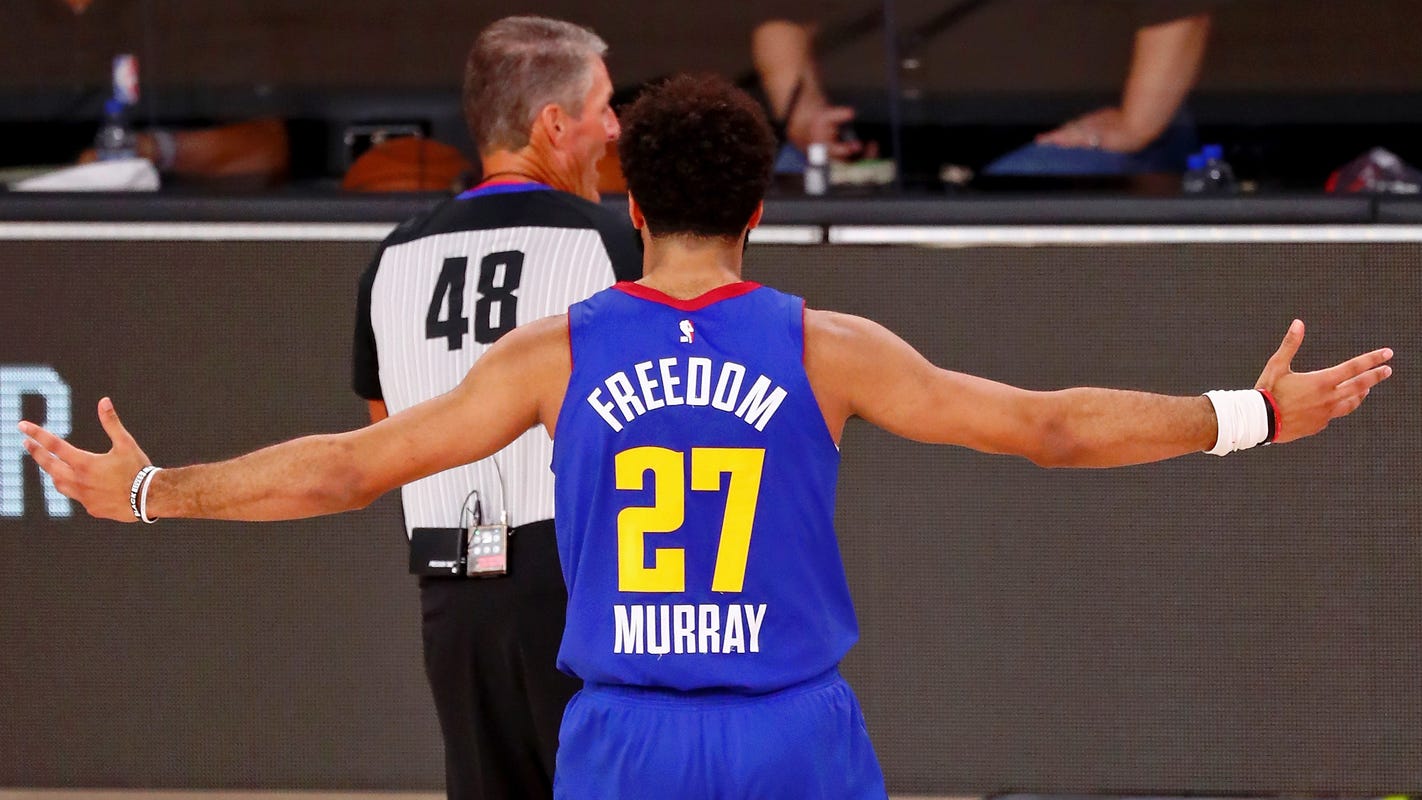 What I’m Hearing: Celtics have to go back to the drawing board before next game against the Heat

After suffering a 126-114 loss to the Los Angeles Lakers on Friday in Game 1 of the Western Conference Finals, how do the Nuggets adapt better to whistles?

“Just try to play through it. It’s tough,” said Murray, who nearly had has many fouls (four) as assists (five) to go along with 21 points. “They’re going to talk about every call and have conversations and try to manipulate what happens. But you can’t worry about it. It’s going to be we’re the younger team. We’re going to play through it and find a way. We’re not going to go away so easily.”

The Nuggets have shown they won’t go away so easily. They overcame 3-1 series deficits both against the Utah Jazz in the first round and the L.A. Clippers in the Western Conference semifinals. If the Nuggets are to somehow do that to the top-seeded Lakers, they believe they will have to overcome the foul trouble that plagued them in Game 1.

Although the Lakers (28 fouls) and Nuggets (26) were relatively even, that did not translate with their trips to the free-throw line. While the Lakers went 27-of-37 from the stripe, the Nuggets were 23-of-28.

“I’m looking forward to watching the film to see where all these fouls were called,” Malone said. “Obviously in the second half, it evened out. But it was an extreme advantage for the Lakers in that first half. Watch the film and see the fouls that are being called, why they’re being called, should they have been called. Then try to learn from it and get better for it for Game No. 2.”

Malone will watch the game footage, obviously. All head coaches and their assistants do that afterwards. He only needed to view Game 1 once in person, however, to recite by memory what happened in the second quarter.

“I’ll have to go back and watch the film. But I know that they shot 42% in that quarter, but they went to the foul line 24 times in that quarter,” Malone said. “Twenty-four times in a quarter, which is an extremely high number. It was on pace for almost 100. We were called for 16 personal fouls in that quarter.”

So when analyzing why the Lakers opened the quarter on a 17-1 run, Murray simply said, “If you watch the game, you can tell.” During that time, Nuggets center Nikola Jokic collected three of his four fouls, including two offensive fouls in a 30-second span. Murray then collected his fourth with 11:21 left in the third quarter.

Afterwards, Jokic said “we need to do collectively a better job” with limiting the fouls. But how? Malone suggested “we just have to be a little bit smarter; we have to show our hands.” But Murray added the Nuggets also need to show their playing credentials to the men in stripes.

“Respect is earned in every aspect with your play and with how you talk to the referee,” Murray said. “I always try to be as respectful as I can when I go to talk to them. You can ask every single one of them. But it’s something you can’t focus on. The calls are not going to go your way. You can’t complain about it.”

Jamal Murray reacts after being called for a technical foul in Game 1 against the Lakers. (Photo: Kim Klement, USA TODAY Sports)

Therefore, the Nuggets credited other things that contributed to the Game 1 loss beyond the foul calls.

Malone bemoaned that Lakers forward Anthony Davis had 37 points while shooting 12-of-21 from the field and 12-of-15 from the free-throw line along with 10 rebounds and four assists.

“We have to do something different with him. It was too easy,” Malone said. “He did not feel us. I think over 48 minutes, we can’t play him the same and give him the same look.”

The Nuggets conceded that the Lakers played more physical against them, which included Davis’ presence and Dwight Howard adding 13 points while drawing Jokic into foul trouble. They also fretted that they committed 16 turnovers that led to the Lakers scoring 20 points off of them.

That became hard to do not just because of the Lakers’ strength and speed. The Nuggets admittedly became frustrated with the sound of the whistle.