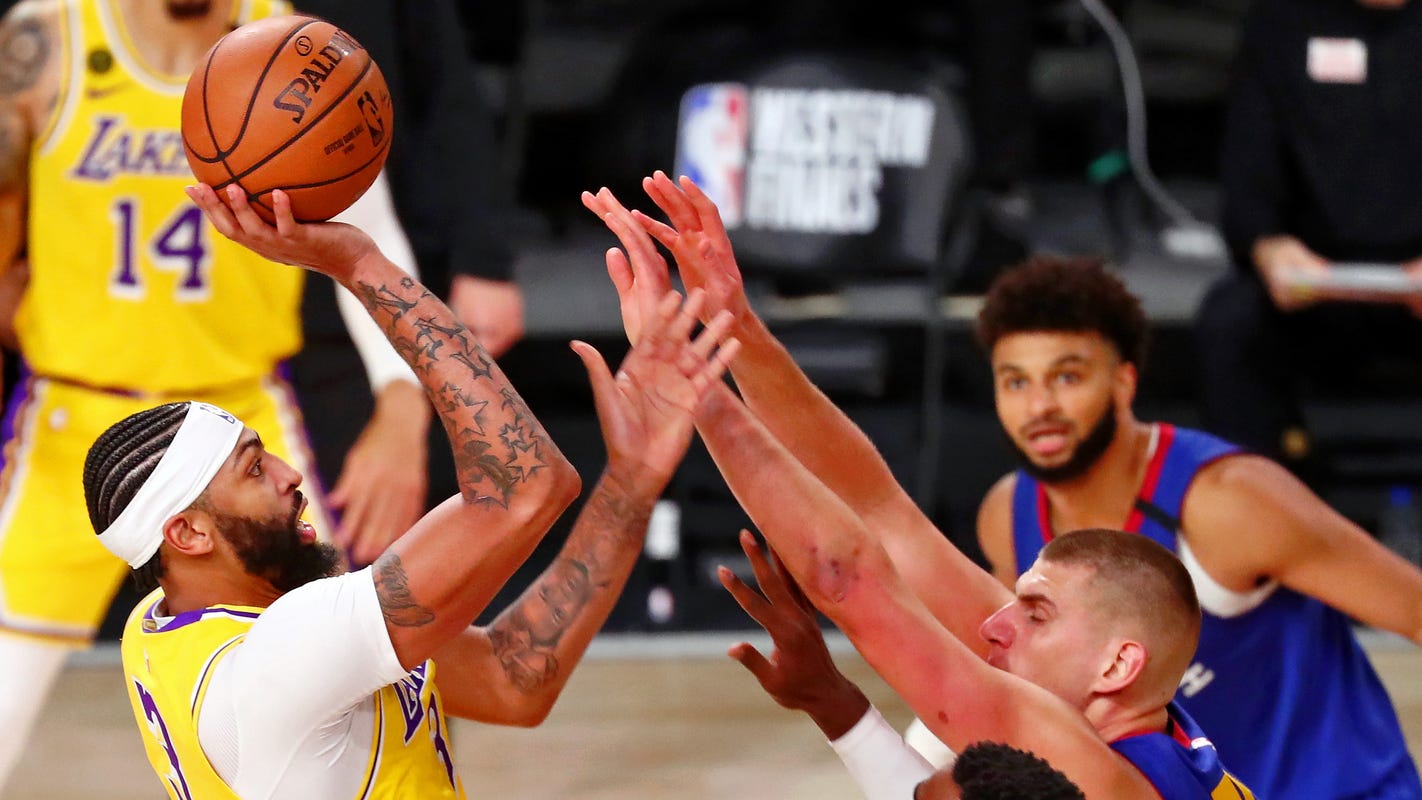 He did so just before Game 1 of the Western Conference finals between the Lakers and Denver Nuggets.

But in the series opener, it was the Lakers’ offense that overwhelmed the Nuggets.

Los Angeles scored 103 points through three quarters, building a 24-point lead. While the Nuggets have turned into the comeback kings in the bubble, especially against the Clippers in the conference semifinals, that deficit against a locked-in Lakers squad was too much to overcome.

All-NBA forward-center Anthony Davis had 33 of his game-high 37 points in the first three quarters, including 14 in the first quarter and 17 in the third quarter.

The Lakers had this one in the win column early enough that LeBron James, who had 15 points, 12 assists and six rebounds, played just 31 minutes.

There will be hand-wringing about the Lakers’ 32 free throws in the first half. Nikola Jokic picked up his third foul in the second quarter and played just 13 minutes, 25 seconds out of 24 first-half minutes. But the Lakers forced the action. Davis scored 12 of his points from the foul line.

Best golfer inside the bubble?: It’s probably not a player

Denver led 38-36 after the first quarter, but Jokic’s foul trouble combined with lack of scoring to start the second quarter, allowed the Lakers to take a 70-59 lead into halftime.

That Lakers defense that Vogel loves held the Nuggets to just 41 points in the second and third quarters.

Jokic and Jamal Murray each scored 21 points for Denver.