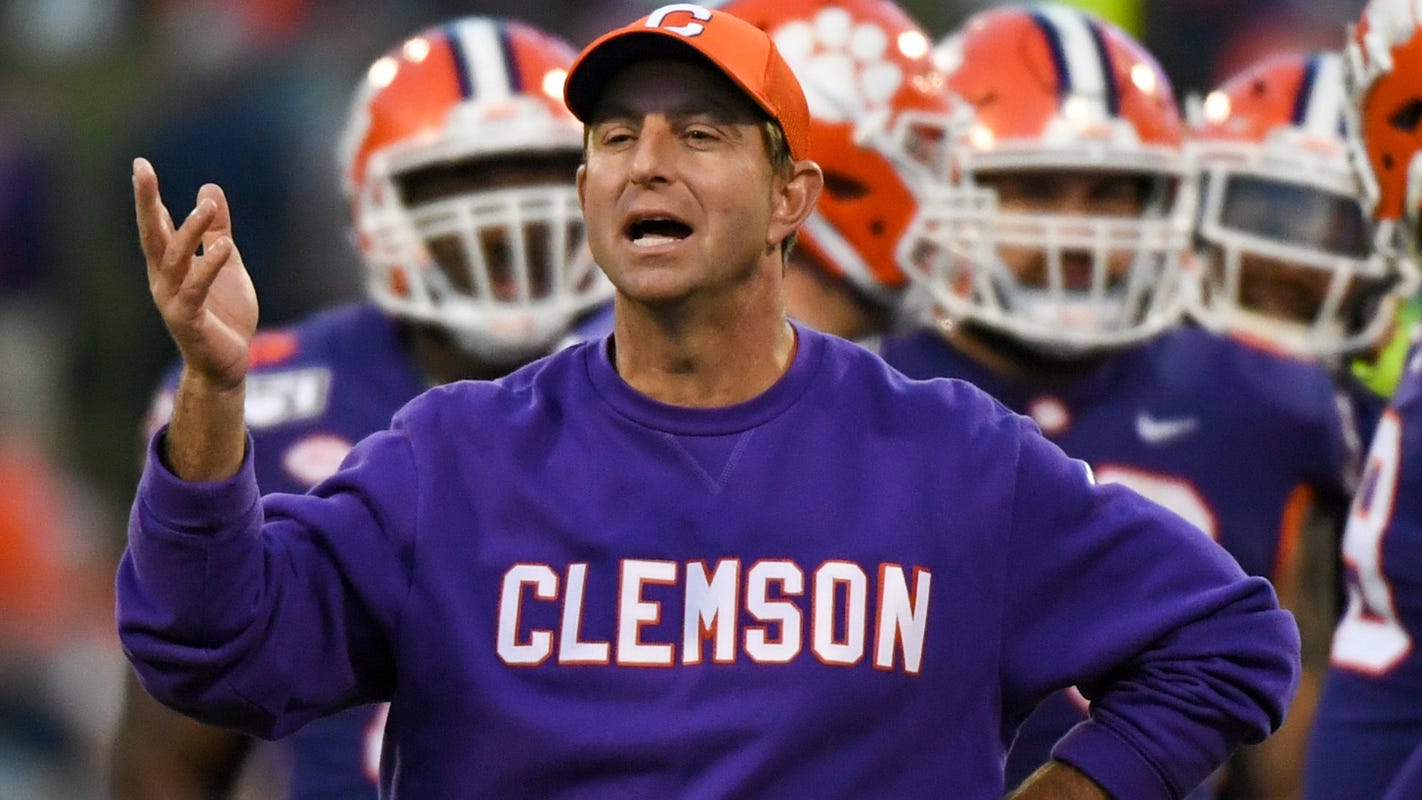 Clemson’s Dabo Swinney giving up over $1 million in compensation

Clemson football coach Dabo Swinney has agreed forgo $1.25 million in scheduled compensation due to the COVID-19 pandemic’s financial impact on the university and its athletics department, according to an agreement obtained by USA TODAY Sports on Friday.

The document — provided in response to an open-records request — says Swinney will give up a $1 million retention payment that would become payable if he remains the Tigers’ head coach through Jan. 1, 2021, and he will not receive a $250,000 raise that had been set to take effect on Jan. 1.

Taken together, the reductions represent a decrease of just over 13% of the $9.375 million that Swinney was due to make during the university’s 2021 fiscal year, which ends June 30.

On a dollar basis, this is by far the largest pay reduction announced or disclosed for a college sports coach so far during the pandemic, which is having a huge impact on the finances of athletics programs throughout the NCAA. However, Swinney is one of the most highly paid people not only in college sports, but also in the higher-education and non-profit sectors.

Michigan has announced a 10% pay cut for a group of employees that includes football coach Jim Harbaugh, who is set to make $8.05 million. Texas has said athletics employees making more than $100,001 will lose about 15% of their scheduled salaries; football coach Tom Herman’s total compensation for his 2020 contract year is scheduled to be $6 million.

On Aug. 24, Clemson announced a university-wide furlough program and said that school president James Clements and all athletics employees making more than $400,000 annually had voluntarily taken compensation reductions of at least 10%.

In July, Clemson athletics officials said that because of the pandemic, they were expecting annual operating revenue for fiscal 2021 to be $30 million to $50 million lower than originally expected. In an email Sept. 1, athletics spokesman Jeff Kallin said the department was expecting that the pay reductions and furloughs across the entire department would save about $3.4 million.

The documents obtained Friday show that all of Clemson’s football assistant coaches who had been scheduled to make more than $400,000 agreed to 10% reductions. Tyler Grisham, who was set to make $300,000, agreed to an 8% cut.

The decreases are being applied in a variety of different ways. For example, defensive coordinator Brent Venables is scheduled to make $2.4 million, including $400,000 in the form of a life insurance premium payment to be made by the university no later than Feb. 15, 2021. (The university is entitled to reimbursement of the payment, plus interest, from the policy’s death benefits.) That premium payment instead will be $260,000.