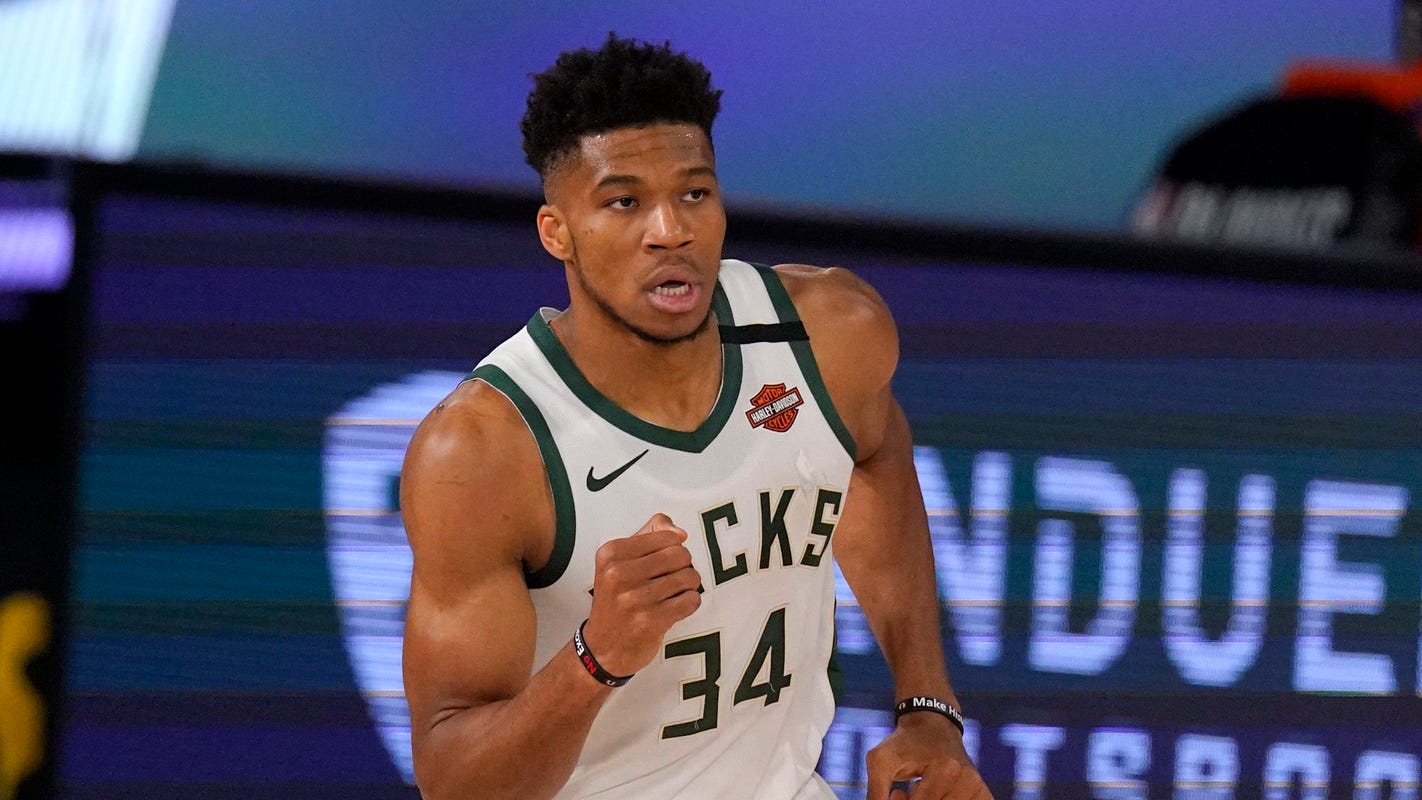 What I’m Hearing: Celtics have to go back to the drawing board before next game against the Heat

However, if you’ve been waiting to call him that since last summer when he stood on a stage in front of Fiserv Forum and instructed fans not to refer to him as the MVP until he won it again, well, you’ll have to keep waiting. As proud as he is of his most recent MVP award, one in which he garnered 85 of 101 first-place votes to beat out LeBron James and James Harden by a wide margin, Antetokounmpo’s eyes are firmly fixed on the future and even bigger goals.

“Don’t call me MVP, don’t call me two-times MVP until I’m a champion,” said Antetokounmpo, who accepted the award virtually from his hometown of Athens, Greece, where he is vacationing with his family.

Staying in the present, though, the award is historic in many ways for Milwaukee’s 25-year-old superstar. He joins LeBron James (2009 and 2010) and Kareem Abdul-Jabbar (1971 and 1972 while also with the Bucks) as the only players in league history to win two MVP awards at age 25 or younger.

As the MVP and Defensive Player of the Year, Antetokounmpo joins Jordan (1987-88) and Hakeem Olajuwon (1993-94) as the only players to accomplish that feat.

“All-time great players, obviously Michael Jordan, one of the best players to play if not the best,” Antetokounmpo said. “Hakeem, a guy I look up who came from Nigeria. To be in the same conversation is a great compliment but I have a lot of work to do, I have to keep getting better. But just to be in the same conversation, same sentence with them, means a lot to me.”

During the regular season, Antetokounmpo was a one-man wrecking crew on both ends of the court, dominating with unparalleled efficiency. In his 57 games through March 11, Antetokounmpo averaged 29.6 points, 13.7 rebounds and 5.8 assists per game while shooting 54.7% from the field. Every opponent knew he was going to try to get to the rim and struggled to stop him as Antetokounmpo led the league in field-goal attempts within five feet of the rim (626) and still converted 71.1% of those tries.

Including Milwaukee’s eight games in the bubble, Antetokounmpo ultimately set the NBA record for the best single-season Player Efficiency Rating in league history (31.86), narrowly edging Chamberlain’s best seasons of 31.82 (1962-63) and 31.74 (1961-62).

Of course, none of that includes any of his defensive contributions, which were significant as a disrupter and rim protector within the Bucks’ league-best defensive unit.

When Antetokounmpo was on the court this season, opposing teams scored just 96.5 points per 100 possessions, the lowest defensive rating among the more than 300 players who averaged at least 15 minutes per game. He also held opponents to 36.5% shooting when they were matched up against him, again the lowest mark in the league and along with teammate Brook Lopez registered among the best rim defenders in the league.

‘You’re not done yet’

While Antetokounmpo and the Bucks had so much regular-season success, though, their collective warts again showed in the postseason when they were unceremoniously dispatched by the Miami Heat in five games in the second round. It was a series where Antetokounmpo was neutralized, his teammates failed to shoot well around him and Antetokounmpo sprained his right ankle twice, an injury that forced him to miss the deciding Game 5.

“Obviously I’m disappointed to not be able to help my team go to the third round, but at the end of the day, I know I have to keep getting better and help my team improve,” he said.

Still, there’s no question that Antetokounmpo’s meteoric rise has been impressive. In fact, it has all the makings of a modern fairy tale.

Through hard work, dedication and a dash of good fortune, he’s gone from a tall, skinny, relatively unknown teenager from Athens to unassailably one of the NBA’s best players and a back-to-back MVP in only seven seasons and just 25 years old. All the while, the “Greek Freak” has developed into an international brand unto himself, one of the faces of the league, a charismatic leader and a doting father.

“I’m extremely proud of what I accomplished, what I was and what I am, where I came from,” Antetokounmpo said. “It’s been an unbelievable journey. Nobody would ever imagine this, not me, not even myself when I got to the league, but at the end of the day, there’s no emotion. You can’t put emotion into this. You gotta keep getting better.

A future in Milwaukee?

How long his title chase will continue in Milwaukee is not yet clear. He is under contract with the Bucks for one more season but is eligible to sign a supermax contract extension this offseason.

Antetokounmpo met with Bucks co-owner Marc Lasry last week to talk about what went wrong this season and brainstorm ideas for what Milwaukee can do to improve next season. In that meeting, Lasry made it clear that ownership isn’t opposed to spending and going into the luxury tax to build a championship-caliber team.

When the two parted ways, Antetokounmpo said, he left that meeting encouraged about the future. However, he noted Friday that he’s always been encouraged during his time in Milwaukee. He didn’t want to get much further into the details of that conversation or his own contract, but Antetokounmpo did make a few things clear — he needs to improve, the Bucks need to get better, he believes in coach Mike Budenholzer and that everyone needs to be on the same page as far as doing whatever it takes to win a championship.

So far, he believes that is happening.