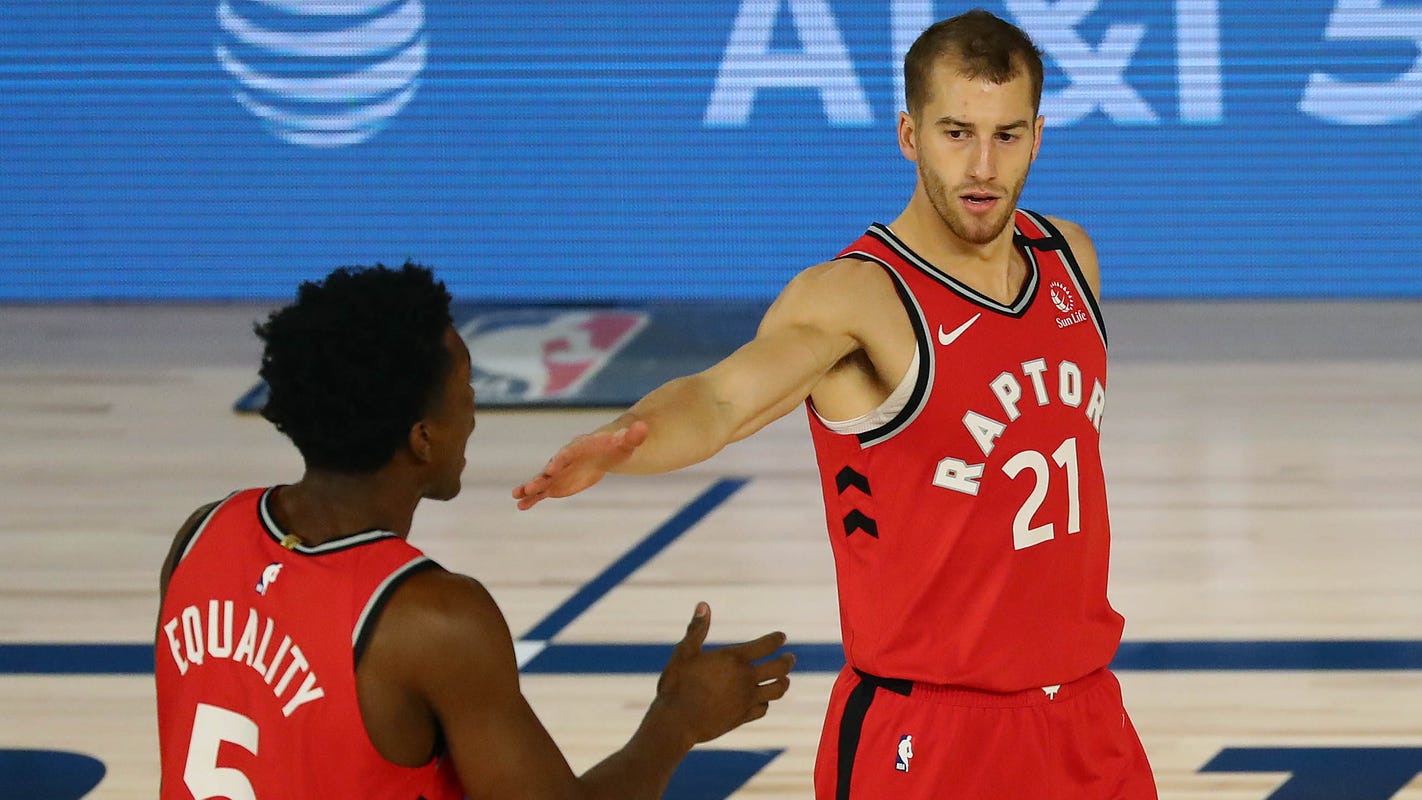 He was making a tee time for himself, teammate Kelly Olynyk and Heat shooting coach Rob Fodor.

“KO, we’re set up. Twenty minutes,” Iguodala said to Olynyk, a newcomer to golf, letting him know when a shuttle would take them from the hotel to the course for a round.

Iguodala is a regular golfer, but golf inside the bubble takes on a new meaning. It is a release in an environment where there are not many ways to escape.

“I only golf in between series. During a series, no,” Iguodala told USA TODAY Sports. “I hurt my ankle in the Milwaukee series. I didn’t see outside for like five days. I seriously had bad thoughts in my brain.”

Iguodala eased his worry by watching last week’s Safeway Open, a PGA Tour event where he once played in a pro-am, and because he plays fantasy golf, too, he was preparing for this week’s U.S. Open.

“I knew a few guys on tour so I’m watching,” Iguodala said.

Several players, coaches and staffers have found solace on the course inside the bubble. Milwaukee’s Kyle Korver, Toronto’s Kyle Lowry and Matt Thomas, Los Angeles Lakers’ J.R. Smith and Alex Caruso, Dallas’ J.J. Barea, Paul Millsap and Brooklyn’s Garrett Temple are among many players who like to play golf.

As two referees with clubs walked by, Iguodala raved about the Magnolia course at the resort, where PGA Tour events have been held.

“I haven’t done it as much as I actually thought I would during the playoffs because of the every-other-day thing. I’ll go out and play a couple holes,” Rivers said before the Clippers were eliminated.

One day, Rivers asked a course employee which player was playing the most golf. Rivers thought for sure it was Smith, an avid golfer who will tune into a golf tournament on his iPad in the locker room after a day game.

“Without a thought, he said, ‘Oh, Millsap by a long shot. … It’s not even close,’ ” Rivers said. “So during the game or before the game we were laughing because I asked him (Millsap) did he play yesterday, and he goes, ‘Oh, yeah, I got out there.’ I said, ‘When do you have time?’ I don’t know how he’s doing it, but he’s doing it.”

Olynyk and Boston’s Jayson Tatum are newcomers to the game but have picked it up quickly. Olynyk launches bombs off the tee, and Tatum said he is the best golfer on his team.

“I’m just getting into it, but it’s been a lot of fun,” Olynyk said. “It’s something to get outside of the hotel and take your mind off it.”

Penberthy has a 3 handicap, and one day last week, he had a 6:45 a.m. tee time before the Lakers practiced.

“Every other day. Try to play as much as we can,” he said. “The reality is, (Lakers coach) Frank Vogel has encouraged it. He said, ‘I don’t want you to go insane’ because – and I don’t care if it’s riding a bike for two hours or playing golf – you’ve got to get outside.”

Because the NBA is helping schedule tee times, the course is not packed. Penberthy said a group can play 18 holes in about 2½ hours, and if he’s by himself, he can finish in one hour, 45 minutes. Penberthy has carded a few rounds in the high 60s.

“There’s some semblance of normalcy out there,” Penberthy said. “Conversations are about other things.”

LeBron James, who is not a golfer, took a cart one day just to watch and socialize with teammates and coaches.

Who is the best golfer there? Rivers heard it was J.J. Barea. Iguodala said of Thomas: “He’s got game. He might be a 2 handicap.”

But the honor might go to Fodor, who once played on a low-level pro mini tour where his prize for a third-place tie at the Budget Open in 2009 was $184.17 and a gift certificate.