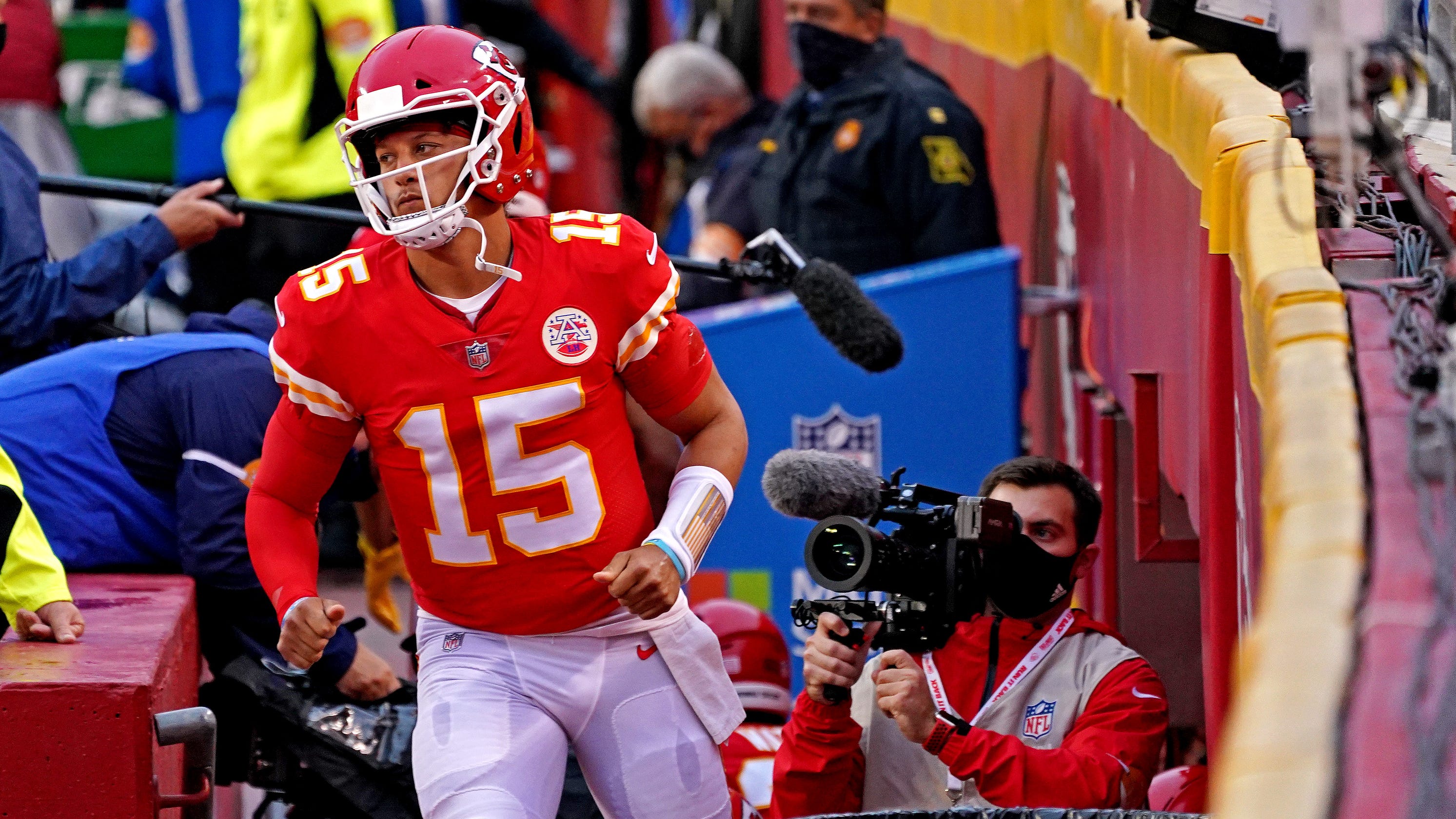 After the Iowa High School Athletic Association ruled the University of Iowa recruit ineligible for the second time Thursday, Mahomes sent out a tweet in support of Bruce and his attempts to gain eligibility to play at Ankeny.

“Let my man @abruceiv play!” Mahomes tweeted. “Kid wants to play his senior year of football why stop him?!? @IHSAA”

Earlier Thursday, the IHSAA sent Bruce a letter denying his eligibility appeal. One of his attorneys, Brad Obermeier, told the Register the IHSAA is basing its decision on how it believes the Bruce family to have dual residences.

Bruce and his attorneys had an injunction hearing at 1:30 p.m. Thursday. There was no immediate verdict.

“While disappointed, we are not at all surprised,” Obermeier said told the Register. “This is why we filed the injunction this week. If we waited on the ruling, we’d now be filing the injunction and wouldn’t get a hearing until next week.”

Bruce’s attorneys filed on Tuesday a motion for an injunction that would both allow Bruce to play if he hadn’t received the IHSAA’s ruling by Friday and — if the IHSAA did rule him ineligible again — allow him to play while he appeals his eligibility in the Polk County District Court.

Kansas City Chiefs quarterback Patrick Mahomes runs onto the field to warm up before the game against the Houston Texans at Arrowhead Stadium. (Photo: Denny Medley, USA TODAY Sports)

Bruce’s IHSAA eligibility appeal hearing was held last Thursday in Boone. Bruce and his attorneys hoped for a ruling to be emailed by last Friday, following their appeal hearing in front of the IHSAA Executive Committee. The committee said it would make a decision within five days and, once that decision was made, it would mail the ruling to Bruce, who has watched Ankeny’s first three games from the sidelines.

On the morning of Aug. 28, however, the IHSAA informed Bruce and his mother, Linda Bruce, that Bruce did not meet eligibility requirements to play football this fall.

Let my man @abruceiv play! Kid wants to play his senior year of football why stop him?!? @IHSAAhttps://t.co/CsjmKidZHW

Attorneys representing Bruce filed a motion for an injunction the following Monday that would allow Bruce to play for Ankeny while he appealed the IHSAA’s ruling. Later that week, Polk County District Court denied that injunction. In his ruling, however, Judge Robert Hanson recommended the association deem Bruce eligible.

Bruce and his attorneys have told the Register they believe the association based its ineligibility ruling on Bruce’s family’s living situation — specifically, that Bruce’s two younger brothers still live with an uncle in Olathe.

Part of the IHSAA’s transfer rules reads: “Interpreting the term ‘residence’ to allow for multiple residences would render the General Transfer Rule meaningless and this is not permitted as a tenant of statutory construction. … Because there can only be one residence, the IHSAA must determine that the family in fact has only one residence.”

In a sworn affidavit filed as part of her family’s first injunction motion, Linda Bruce said she’d planned on moving closer to Iowa City after this year because Arland is set to play his next four seasons for the University of Iowa. She also said she does not currently own a house in Kansas and that, although she travels back to Olathe to see her younger sons on occasion, she will spend the majority of her time in Ankeny.

Also attached to the motion was a document showing Linda Bruce gave guardianship of her two younger sons to her brother before she moved to Ankeny, as well as a copy of the lease she signed when she and Arland moved to Ankeny. (According to the lease, rent is $100 per month. They live in part of another family’s house in Ankeny.)

Bruce’s hometown of Olathe is about 30 minutes from Arrowhead Stadium, where Mahomes and the Chiefs play their home games. Mahomes was the NFL’s MVP in 2018 and the Super Bowl MVP earlier this year.