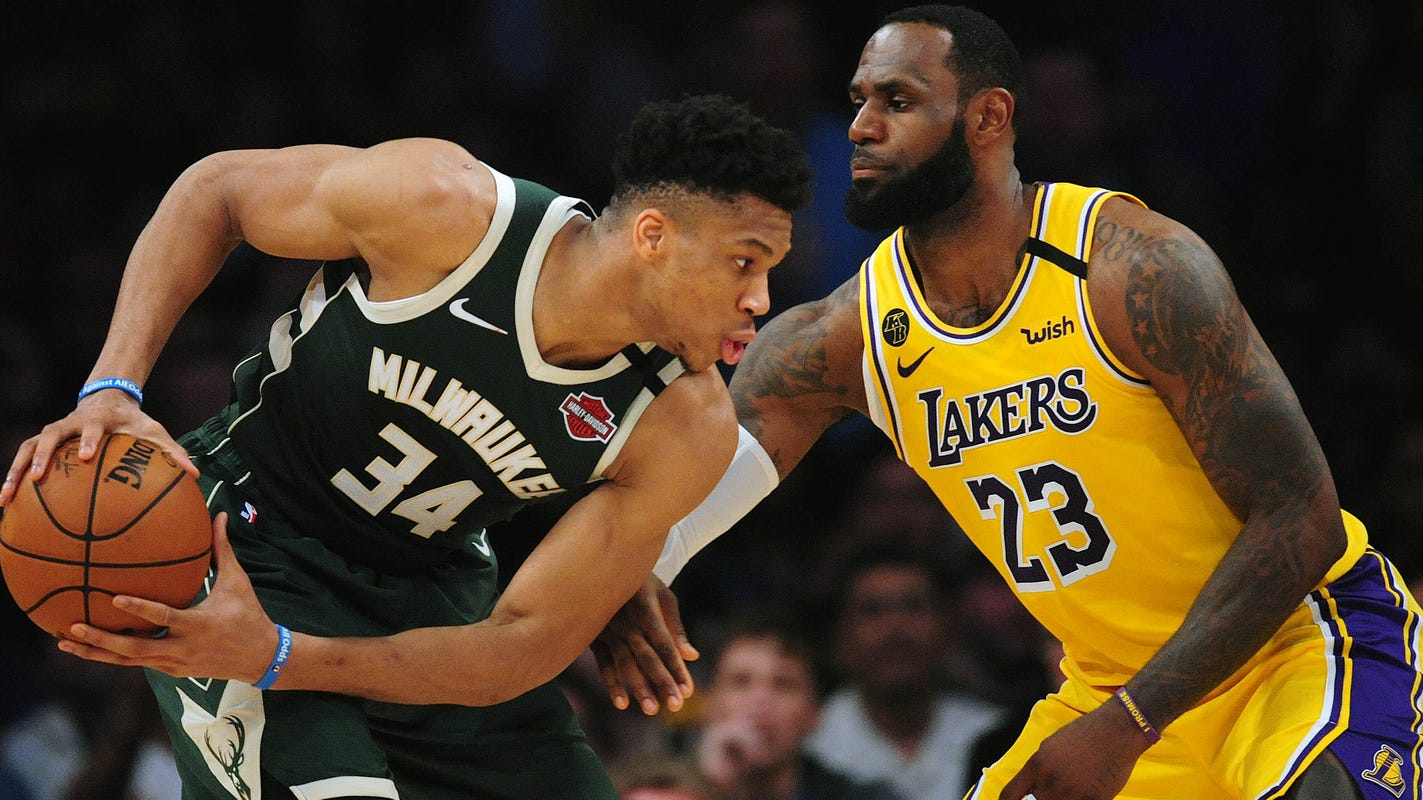 Well before this entire year went haywire with the coronavirus pandemic, racial unrest and an unstable economy, Los Angeles Lakers star LeBron James sounded apathetic on whether he cared about winning the NBA’s regular-season MVP award.

So after the NBA announced Friday that Milwaukee Bucks star Giannis Antetokounmpo won the honor for the second consecutive year, perhaps James will keep that broader view in perspective. We will see whether James uses that as any source of motivation when the Lakers play the Denver Nuggets Friday in Game 1 of the Western Conference Finals.

During relatively normal times, when the NBA was fixated on the intriguing awards race a week before the season was suspended, James shook his head dismissively on that line of questioning.

Sure, Antetokounmpo produced an extensive resume, so it’s not exactly outrageous that he won his second MVP.

He improved his numbers in points (29.5) and rebounds (13.6) in less playing time (30.4) compared to last season’s MVP resume, when he averaged 27.5 points and 12.5 rebounds in 32.8 minutes. Antetokounmpo won the Defensive Player of the Year award by leading the league in defensive win shares and defensive rebounds (11.4), while helping the Bucks to the league’s best defensive rating (102.5). And he became just the third player in NBA history, along with Wilt Chamberlain and Elgin Baylor, to average at least 29.5 rebounds, 13.6 rebounds and 5.6 assists in a season.

While James has no rebuttal to some of those numbers, he posted his own stats that Antetokounmpo cannot answer. Before the season shutdown, James led the league in assists (10.6). Though Antetokounmpo won the first head-to-head matchup over James in points (34-21), James edged Antetokounmpo in rebounds (12-11) and assists (11-7) before surpassing him in the second matchup in points (37-32), assists (8-6) and holding him to a combined 2-of-10 clip in the second half.

While James does not deserve this award just because he played so well in his 17th season at 35 years old, he does deserve credit for playing more games than Antetokounmpo before the season’s suspension (60-57).

Sure, James fulfilled this job description while playing with Anthony Davis. After struggling in his first season with the Lakers both with his health and their young roster, James benefited with Davis’ post presence and rim protection. Though Antetokounmpo had proven teammates in Khris Middleton, Eric Bledsoe, Brook Lopez and Kyle Korver, he did not have the definitive second-star teammate that James had. But while Antetokounmpo tried to build off his game through his own talent and roster continuity, James navigated through moving parts that could have exposed other star players’ inability to handle them.

James and Davis clicked instantly partly because James empowered Davis by making him the offensive focal point, setting an example with his work ethic and getting to know him well on and off the court. Lakers coach Frank Vogel and his coaching staff succeeded in their first season with the Lakers because of their preparation and smarts.

But they also succeeded because James willingly bought into their coaching and influenced his teammates to follow. Lakers general manager Rob Pelinka improved the team’s roster by adding more shooting (Danny Green), perimeter defense (Avery Bradley), veteran leadership (Jared Dudley) and rim protection (Dwight Howard). Despite adding eight new players before and during the season, the Lakers had relatively minimal hiccups with those roles. James put them in a position to succeed, and his selflessness made his teammates less inclined to complain.

Some Bucks fans have taken offense that I credited James for helping the Lakers navigate through their grief after Kobe Bryant died. But it is unavoidable. Bryant’s death struck the Lakers organization the hardest after playing with that franchise for 20 years. Though those wounds will never heal, James played a significant role in comforting teammates and staff while ensuring the tragedy did not significantly affect the team’s play. That is simply a sign of leadership.

I’m not going to bring up Antetokounmpo’s postseason struggles. Though the timing of this announcement adds to the awkwardness, the MVP honor reflects regular-season contributions. But what James did in the regular season helped prepare the Lakers for what they’re showing in the postseason.

James fulfilled that this season well enough to deserve hoisting some hardware this weekend. He missed that opportunity. But in a less than a month, he will have a chance to collect more meaningful trophies with the same mindset and play he has shown all year.