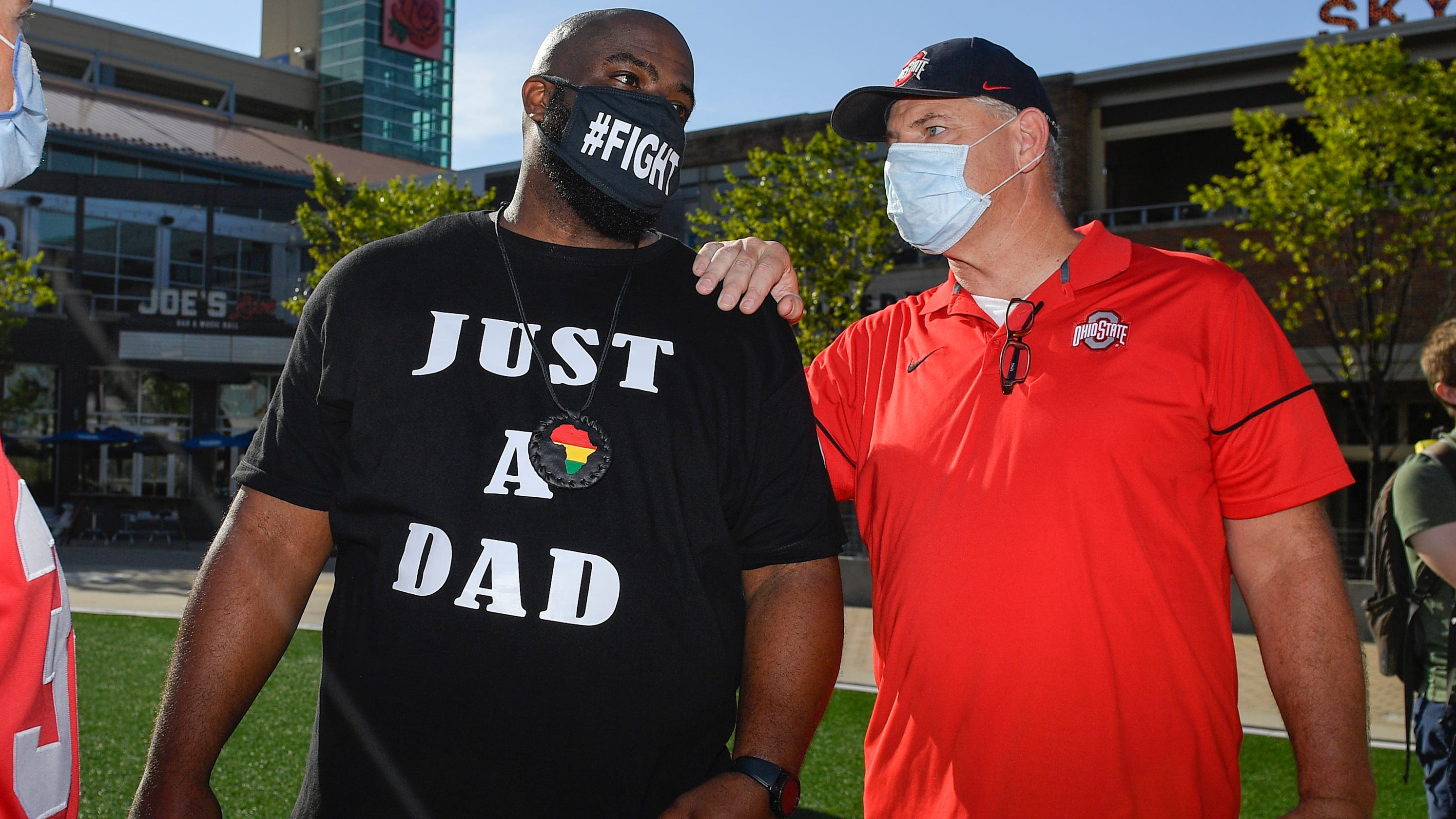 Sports Pulse: After a call with Big 10 commissioner President Trump is taking credit for their return

This was the goal Randy Wade had in mind all along. Make enough noise and, eventually, the Big Ten Council of Chancellors and Presidents would reconsider its vote to postpone the fall football season.

The league’s official stance is that an enhanced understanding of the coronavirus pandemic and the procurement of rapid-response, daily antigen testing — not the outcries from fans, parents, coaches, players and politicians — opened the door for an abbreviated season beginning the weekend of Oct. 24. Several Big Ten campuses have experienced significant outbreaks since welcoming students back to campus.

Regardless, Wade took the conference’s reversal as a reason to celebrate. His son, Ohio State Buckeyes cornerback Shaun Wade, announced Thursday he was returning to the program after declaring earlier in the week that he would focus his efforts on the upcoming NFL draft.

Before Ohio State coach Ryan Day and James Franklin offered their pointed criticisms, Wade led a parent protest outside the conference headquarters on Aug. 21 in Rosemont, Illinois, 10 days after the conference voted to postpone the season. Subsequent demonstrations on the campuses of Michigan and Ohio State, plus a lawsuit from Nebraska players, followed.

The moving parts of this past week added stress to Shaun’s 22nd birthday on Wednesday, the day the conference announced its “eight-game-plus one” schedule. Well wishes accompanied questions about his potential return, which he cleared up the next night during a “SportsCenter” appearance.

The parent-led component of the movement gave Wade a grand idea: A Big Ten parents’ union, with the desire for their voices to have greater weight in the league office.

“Something that’s going to back up these kids. (Coronavirus) is one of the biggest situations we’ve had, but every day, there’s stuff going on in college for these student-athletes and it’s affecting them,” he said. “They have no one that completely has their backs. No one who doesn’t care about wins, who doesn’t care about recruiting rankings. We can come together, put a plan together, to have a voice.”