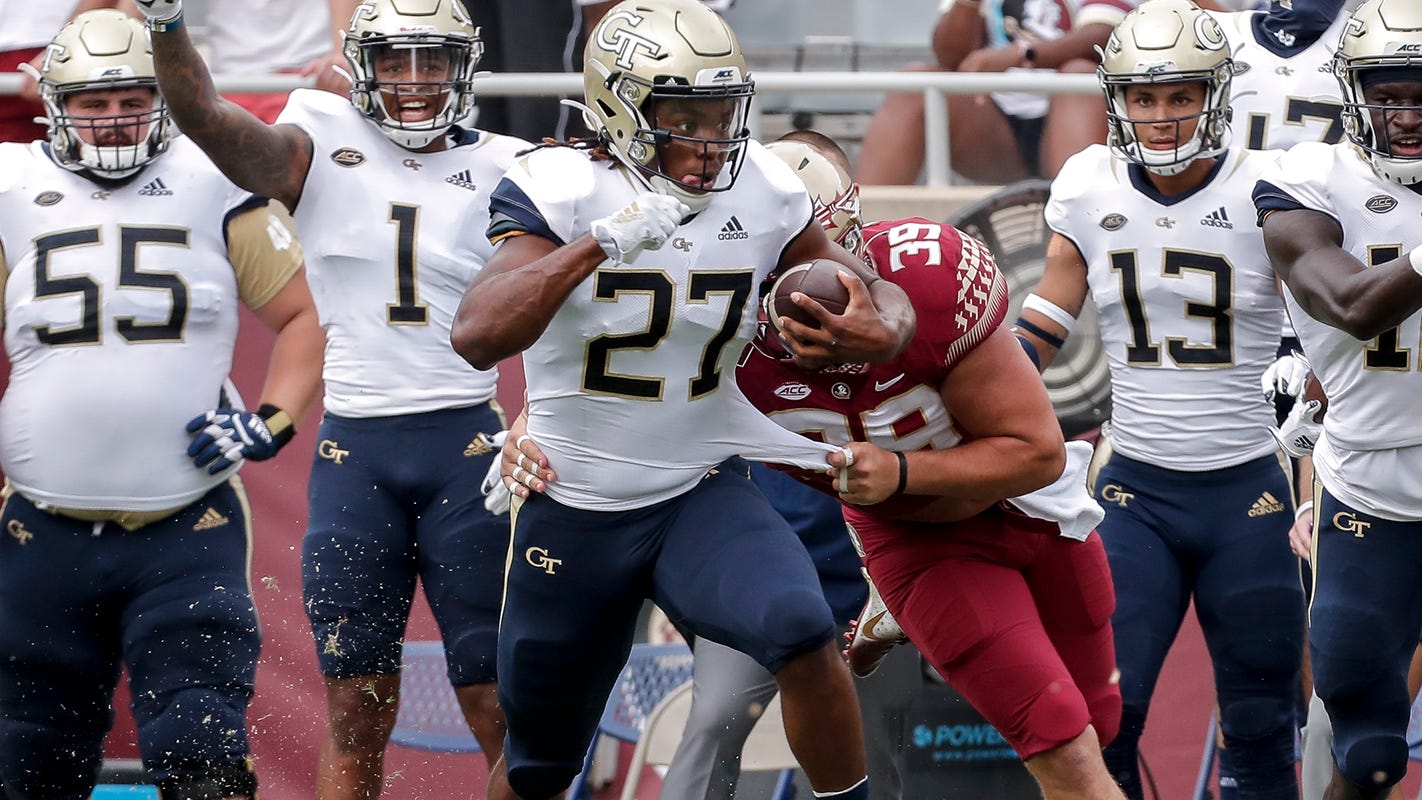 Shocking disappointments and better-than-expected performances are anticipated each weekend in wild world of college football. It’s especially true early in the season as teams have yet to get into the swing of the schedules and are more prone to mistakes.

Georgia Tech entered this season seemingly in the midst of a rebuild, but it’s still eye-opening to see a Group of Five team enter historic Bobby Dodd Stadium as the clear favorite. No. 13 Central Florida is one of the best teams outside the Power Five on paper, but I’m picking the Yellow Jackets to pull the upset. Unlike the Knights, they have a game under their belt, and it was fairly impressive at that: Georgia Tech was quite strong defensively in limiting a Florida State team – still plenty talented despite all the Seminoles’ faults  – to just 13 points in as raucous an environment as you’ll likely see in the early going this season. Playing in their home confines, I think Geoff Collins’ squad will build off that opening game.

UCF does what another Florida school could not: beat Georgia Tech by 10 or more points. The Yellow Jackets’ win against Florida State last week was a dream for UCF, which now has the opportunity to not just beat any Power Five opponent but one with some national attention after starting off with a notable ACC win. While the Big Ten’s return makes it even harder for the Knights to crack the top four, an impressive win at Tech would be enough to justify being the top-ranked team in the Group of Five.

WHAT TO WATCH: Week 3 games that will impact the playoff race

Houston’s game at Baylor Saturday wasn’t even on the schedule last week, but here we are. The boldest prediction in this case might be that this game actually will be completed without further delay during the pandemic. Otherwise, this season opener for both teams also has the aroma of an improvised upset for Houston coach Dana Holgorsen, who is under pressure to live up to his big contract after finishing 4-8 last year. His offense has the potential to surprise, especially in a muted road stadium where fan attendance will be limited to 11,250. His nemesis Saturday will be rookie Baylor coach Dave Aranda, Holgorsen’s old colleague from the coaching staff at Texas Tech in 2000. Incidentally, Tech’s quarterback that season was Kliff Kingsbury, now head coach of the NFL’s Arizona’s Cardinals, a team that notched its own upset on the road in an empty stadium Sunday against San Francisco.

Handling success can be as difficult as the big victories that you celebrate. Such is the case with Louisiana-Lafayette. The Ragin’ Cajuns pulled off a shocker at Iowa State and landed in the Amway Coaches Poll for the first time Sunday. So how do they come down off cloud nine after their big win?

A Sun Belt conference game on the road at Georgia State awaits. Sure, the Panthers don’t inspire fear the way the Cyclones did last week. But they did beat Tennessee last year and played in a bowl game. Much of that team returns and will be looking forward to pulling their own upset. Louisiana better be ready or it will be a long day and short stay in the Top 25.

The best game of the day will be – The Citadel at Clemson.

Actually, I’m most looking forward to Appalachian State at Marshall.

This reunion of long-time Southern Conference powers should get a good audience, having been moved into the CBS mid-afternoon slot usually reserved for the SEC’s game of the week. Both programs have long since moved up from the division formerly known as I-AA into the Bowl Subdivision with success. The Mountaineers have become frequent contenders for the Sun Belt crown, while the Thundering Herd should be in the mix in Conference USA this year.

Marshall didn’t have to work very hard for its first victory against a bad Eastern Kentucky squad but got a solid debut from freshman quarterback Grant Wells. App State had to work a bit harder to get by Charlotte last week but put it away late as running backs Marcus Williams and Camerun Peoples cracked the century mark.

So who wins? I’ll go with the Mountaineers  protecting their ranking with the road victory, but I’ll be disappointed if it isn’t competitive well into the fourth.

Western Kentucky is a two-touchdown favorite over Liberty, but why? The Hilltoppers were able to hang in for a while last weekend with Louisville, but I’m not sure the talent gap is that huge. Hugh Freeze has had time to prepare, and Liberty should be able to do some things on offense to make the game interesting. On a weekend without a lot of fun matchups, I’ll take Liberty to win a high-scoring affair.