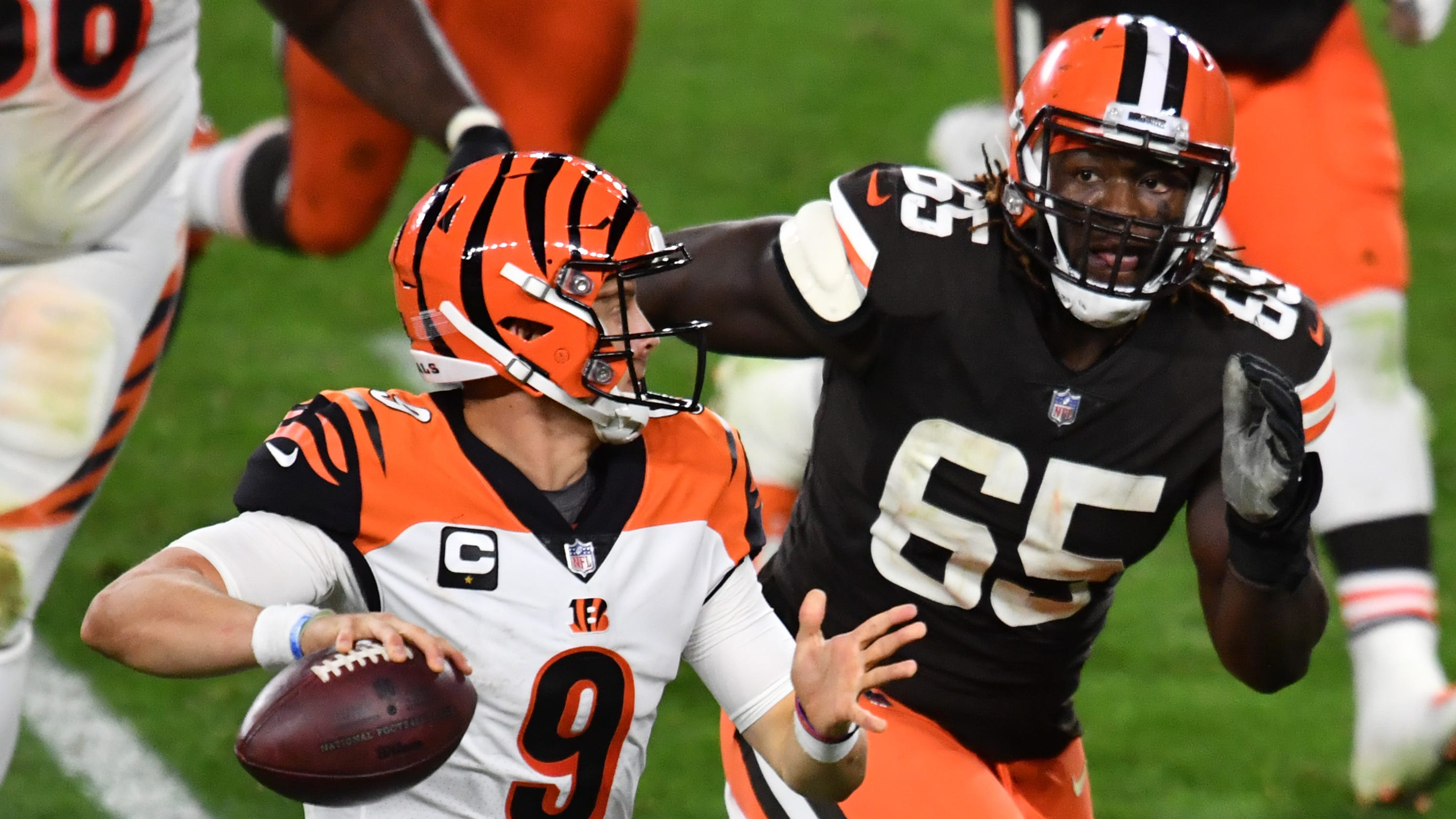 The ultimate guide to get ready for Week 2

It’s Week 2 and even LeBron James was impressed with Joe Burrow on Thursday night. Before we dig deeper, enjoy these:

About last night:Cleveland Browns 35, Cincinnati Bengals 30 — Joe Burrow, the No. 1 pick in the 2020 NFL draft, attempted an astonishing 61 passes, but the Browns’ backfield combo of Nick Chubb and Kareem Hunt ran through the Bengals’ defense as Cleveland improved to 1-1.

Game of the Week:New England Patriots at Seattle Seahawks — This is just the second meeting between these two teams since Super Bowl XLIX, when the Patriots won in the game’s final moments due to a questionable play call by the Seahawks. The coaches — Bill Belichick and Pete Carroll — are the same from that game on Feb. 1, 2015. However, while Russell Wilson is still under center for Seattle, New England now features Cam Newton at quarterback. Both quarterbacks are coming off impressive Week 1 performances, which is encouraging for an exciting capper to Sunday’s action.

Sneaky-Good Game of the Week:Jacksonville Jaguars at Tennessee Titans — A week ago, folks figured the Jaguars to be a team that would #TankforTrevor. Instead, hopes are high for #DUUUVAL after a Week 1 upset of the Colts. On Sunday, Gardner Minshew and crew face a Titans team coming off a wild Monday night win in Denver.

Survivor Pool Game of the Week:San Francisco 49ers at New York Jets — Despite a myriad of injury issues (George Kittle, Richard Sherman, Deebo Samuel, just to name a few), the 49ers still possess the talent and coaching acumen to handle the Jets, who could be in for a long season. Full disclosure: Last week’s pick was the Steelers ✅.

Browns RB Nick Chubb falls into the end zone for a touchdown against the Bengals. Chubb had 2 TDs in the win. (Photo: Scott Galvin, USA TODAY Sports)

Tom Brady gets a chance at redemption in Week 2 against the Panthers after a rough debut for the Buccaneers. (Photo: Derick E. Hingle, USA TODAY Sports)

Fantasy football: Get your lineup right

Of course you want to start the fresh season off with a win. We’re here to help. Our fantasy football experts have valuable advice to get the most out of your lineup.

With the season-ending injury to Marlon Mack, Nyheim Hines should get more opportunities in the Colts’ backfield. (Photo: Douglas DeFelice, USA TODAY Sports)

Trivia: Did you know the answer?

In Monday’s edition of 4th & Monday, we posed this trivia question: In Week 1, Packers cornerback Jaire Alexander became the fifth player since 2000 to register a sack, interception and safety in the same game. Can you name the other four players?

In a fun fact that might only interest the author of this newsletter, Rocky Boiman was one of three players named “Rocky” playing in the NFL during the 2003 season. The other two? Seattle Seahawks DT Rocky Bernard and Tennessee Titans LB Rocky Calmus.

Football season is here! And, if you love talking football, we have the perfect spot for you. Join our Facebook Group, The Ruling Off the Field, to engage in friendly debate and conversation with fellow football fans and our NFL insiders. Sign up now!

Want to keep this conversation going? Head to Facebook, and/or give a Twitter follow to your friendly neighborhood football guy who put together this newsletter, @jimreineking.