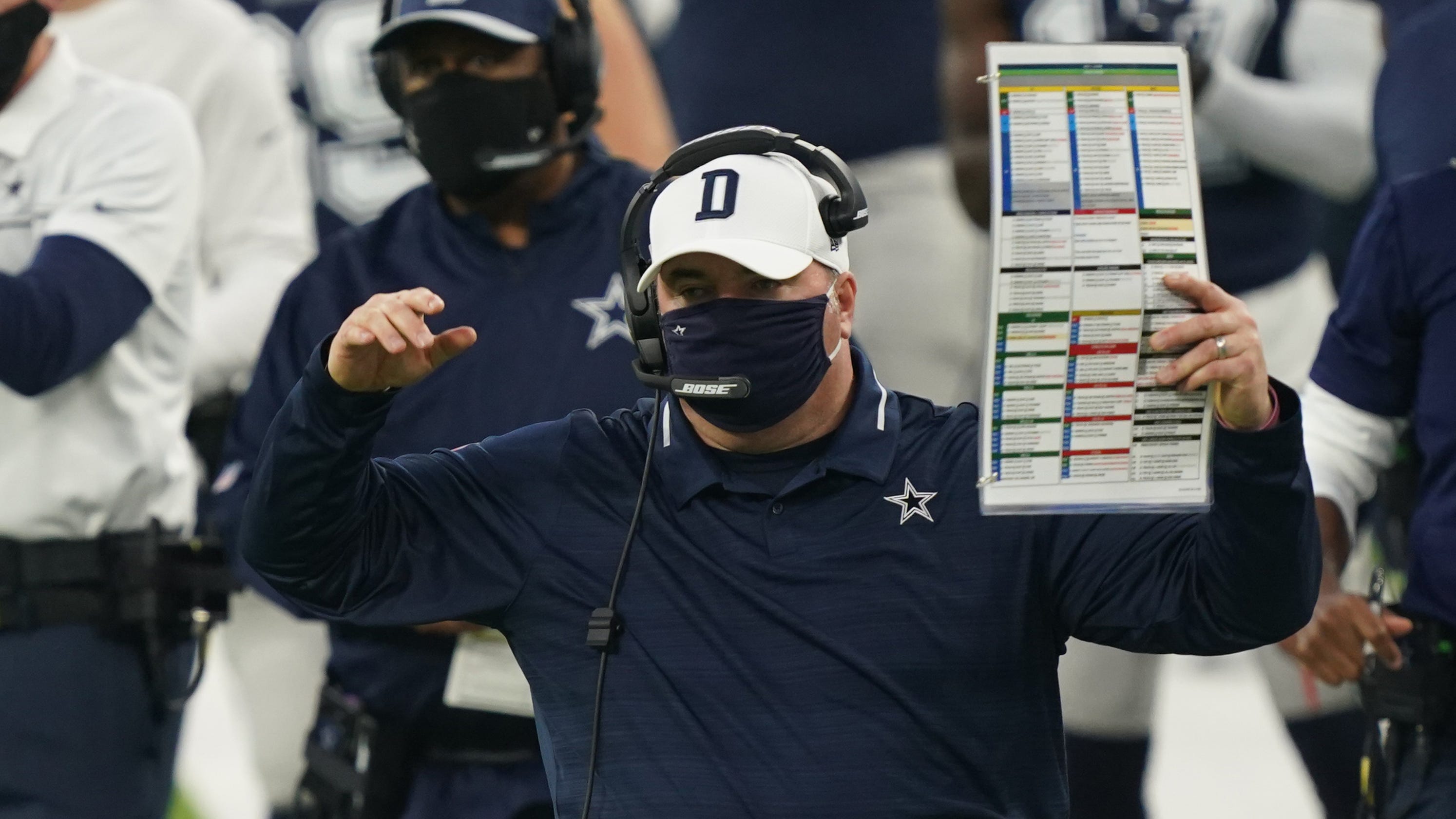 FRISCO, Texas — Mike McCarthy can rattle off the list of issues.

Cowboys quarterback Dak Prescott was “under duress” too frequently, his protection allowing nine pressures and three sacks to Aaron Donald and the Los Angeles Rams in the season opener.

Cowboys were off on their timing, logging issues with route depth and run defense fits, double-team blocks and special-teams technique.

“Frankly, we looked like a football team that played its first game,” McCarthy said Monday after the Cowboys fell short 20-17 at SoFi Stadium.

So it doesn’t much matter to McCarthy whether fans point to the failed fourth-and-3 conversion, the scrutinized offensive pass-interference call or a series of issues that preceded both plays. Sure, the Cowboys “did a lot of good things,” McCarthy said. But the new Cowboys coach’s message at 0-1 is clear.

“At the end of the day, our honeymoon is over,” McCarthy said. “It’s time to win games. And that’s our focus and we need to do better.”

WEEK 2 PICKS: Will Cowboys notch their first win of the season?

‘It can also be an ego twitch’

But, as was the case for all new staffs around the league, a virtual offseason and adjusted training camp period yielded less time to implement fresh schemes and integrate personnel. Missed assignments on defense and routes shorts of the sticks on offense showed for Dallas.

So did strengths in all three phases of a talented Cowboys roster.

Running back Ezekiel Elliott looked fresh, repeatedly juking defenders on his way to tallying 127 yards and two touchdowns as he complemented his power running with an expanded receiving game and aid in pass protection. Defensive end Aldon Smith returned from a nearly five-year suspension to notch 11 tackles, a sack and two quarterback hits. Cornerback Chidobe Awuzie intercepted a pass while the offense didn’t give the ball away, winning the turnover battle that McCarthy deems the team’s primary goal beside winning. Rookie CeeDee Lamb returned a punt for 20 yards.

But the offense scored just three points in the second half after entering halftime up 14-13. The defense struggled to defend screens and limit receivers’ yards after the catch. Kicker Greg Zuerlein missed a field goal from 53 yards. And the Rams handily outplayed the Cowboys on third down, Dallas converting just 3 of 12 third downs while allowing Los Angeles to handle nine of 17. The trend enabled the Rams to keep the ball for 35:38 to the Cowboys’ 24:22.

“We gave them far too many opportunities by not converting on third down,” Nolan said.

Facing Atlanta on Sunday at 1 p.m. ET in its home opener, Dallas hopes to clean up its game and rebound to .500.

“The energy is there,” defensive end DeMarcus Lawrence said. “I feel like the energy is more toward missed assignments instead of like tempo. … Starting off with that sour taste in your mouth, understanding how good your team is and how good you all can be, it’s always a sore feeling coming out of the gate losing that first one.

“But it also can be an ego twitch for you if you’re playing the right way and trying to bring that energy and come out the next game and use it.”

McCarthy has been intentional, too, about what energy he channeled this week. He wants to acknowledge firsts as they happen, first loss included. The Cowboys cleaned up their mistakes and by Monday night were already considering the Falcons and what to expect from an Atlanta team that fell 38-25 to Seattle in Week 1.

Former coach Jason Garrett believed in giving his players 24 hours to process a game before discussing the next. McCarthy and his staff began drilling their Falcons preparation on Monday night before the players took Tuesday off—even after a Sunday night game on the West Coast, with their plane landing at 3:30 a.m.

“It’s just something you have to be good at in this league,” Prescott said of the quick transition. “The benefit of having the game plan for me a day early just gives me another day to study my notes, to study my adjustments, to know what the defense is going to give me on the plays that we’re putting in the game plan.

The Cowboys will need to focus on slowing down an offense that piled 506 yards against Seattle, hoping a young group of defensive backs can keep pace with receivers Julio Jones and Calvin Ridley. Prescott will aim to connect on more downfield strikes while accounting for a pass rush that includes Grady Jarrett, Takkarist McKinley and Dante Fowler.

McCarthy, meanwhile, will hope to rebound from his 0-1 start as Cowboys coach with a 1-0 record at home. He’s won big before at AT&T Stadium, the site of his Super Bowl XLV victory 10 seasons prior. But he basked in that nostalgia in the offseason and preseason. The honeymoon, as he said, is over.

“I’ve had a chance to do the walk down memory lane,” McCarthy said. “So I’m really kind of past that and just want to establish ourselves at home this year.

“Winning home games is something you have to have to be part of that playoff tournament, and that will be our focus. It’s so important to establish your home-field advantage.”