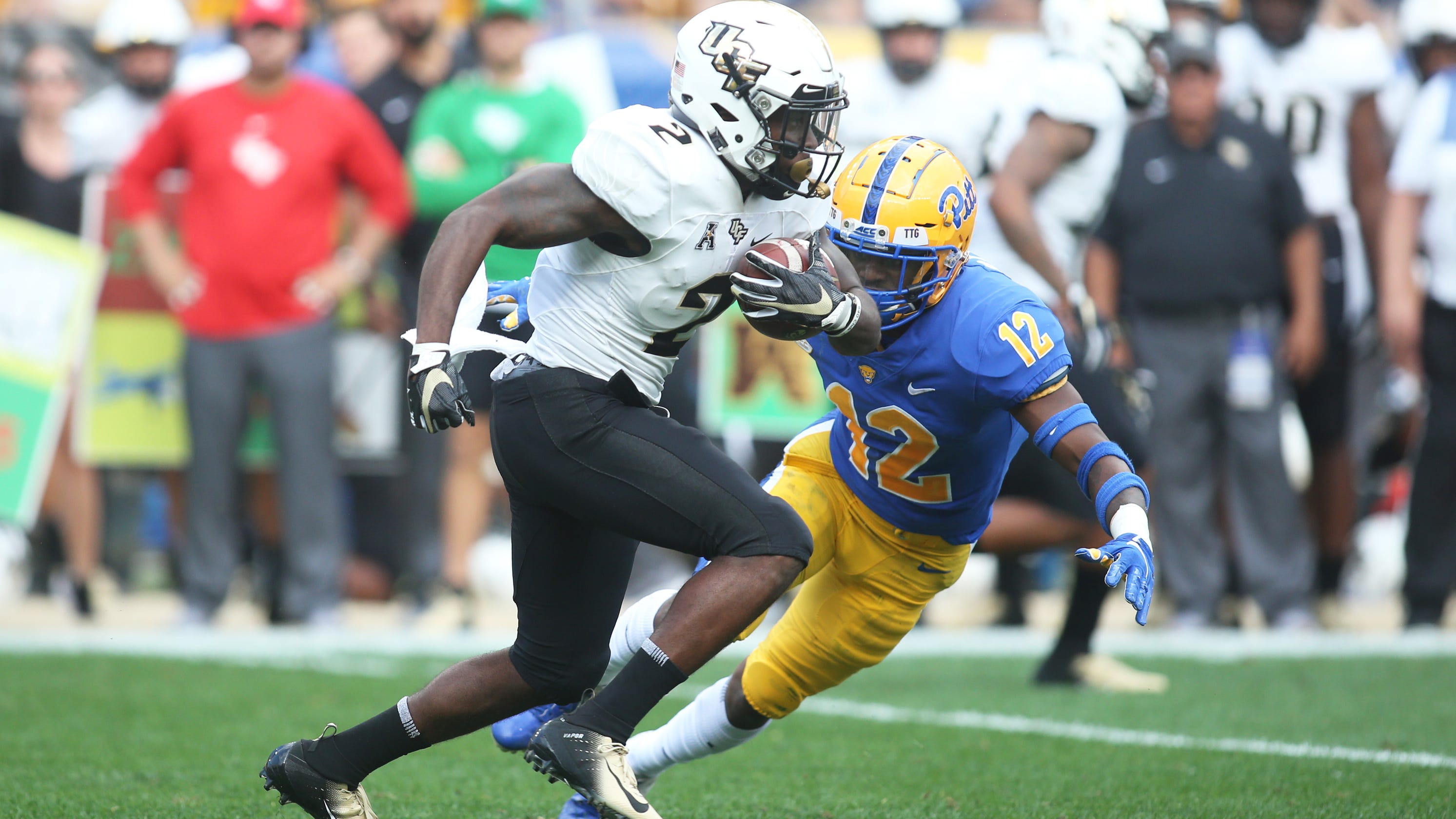 Week 3 of this most unusual of college football seasons is still unlikely to shed much light on the playoff picture. With the SEC still a week away from kicking off and the Big Ten now slated to start in a little over a month, the ACC holds the spotlight for a while longer. Elsewhere, a couple of ranked – if only temporarily – Sun Belt teams hope to keep their conference at least in the discussion for a major bowl.

Yes, we’re all well aware that this whole thing could come crashing down thanks to this pesky virus. But for now, let’s make the most of what we have.

Headlining the second week of ACC competition is this intriguing showdown between teams showing progress under second-year coaches, each with dynamic quarterbacks.

The Hurricanes are directed by D’Eriq King, a grad transfer from Houston who accounted for 227 yards of total offense and two TDs in an opening win against Alabama-Birmingham. Keeping King and RB Cam’Ron Harris contained will be the primary objective for LB Dorian Etheridge and the Louisville defensive front. Running the attack for the Cardinals is Micale Cunningham, who threw for 343 yards and three scores against Western Kentucky in their opener. WR Tutu Atwell is his main target, but Dez Fitzpatrick and Braden Smith are also big-play threats. They’ll present a major challenge for DB Amari Carter and the Miami secondary.

ANALYSIS: Winners and losers from the Big Ten decision to play this fall

No. 13 Central Florida at Georgia Tech

The Knights, projected to reclaim the top spot in the American, have yet to take the field in 2020 due to postponements. They now look to take advantage of this opportunity against an ACC opponent. The Yellow Jackets weren’t exactly pegged as league contenders, but they might get even more attention if they can follow up their opening triumph at Florida State.

True freshman QB Jeff Sims wasn’t flawless in his starting debut for Georgia Tech, throwing a couple of picks but also hitting on a TD pass to Malachi Carter. He’ll need to be even sharper against DB Richie Grant and the accomplished Knights’ secondary. Sophomore QB Dillon Gabriel is back to direct the explosive UCF offense. His arsenal includes WR Tre Nixon and RB Otis Anderson, but he must steer clear of Yellow Jackets DE Curtis Ryans.

This late addition to the slate, an old Southwest Conference reunion necessitated by COVID outbreaks for both teams’ scheduled opponents, is suddenly among the more compelling matchups of the day. Both the Cougars and Bears hope to open with a win before embarking on competition in their respective leagues, though the programs moved in opposite directions a year ago

Houston took a step back in 2019, stumbling to a 4-8 finish as the afore-mentioned King transferred out. But now QB Clayton Tune is battle tested. He has a tremendous weapon in WR Marquez Stevenson, who will likely be matched up against Baylor CB Raleigh Texada. The Bears were largely unheralded entering 2019 but ended up slugging it out with Oklahoma for the Big 12 title. The program did lose coach Matt Rhule to the NFL, but new head man Dave Aranda will count on incumbent QB Charlie Brewer to keep things moving. WR Tyquan Thornton is ready to take over as the go-to- target, but Cougars LB Grant Stuard and his friends will try to make sure Brewer doesn’t have time to find him.

No. 21 Louisiana-Lafayette at Georgia State

The Sun Belt takes a star turn in the Top 25 thanks to some solid wins against the Big 12. The Ragin’ Cajuns pulled off one of those at Iowa State, and now look to keep the momentum going in their league opener against the Panthers.

ULL relied on a pair of special-teams TDs to aid last week’s victory in Ames. The Cajuns would prefer to get their points in a more conventional manner this week as QB Levi Lewis and his stable of dangerous running backs, which now includes rising star Chris Smith, look to establish dominance on the ground. That might not be easy against the Panthers, who are coming off a winning campaign with a bowl appearance themselves. Much of GSU’s returning talent is on the defensive side, including all-Sun Belt DT Dontae Wilson. The Panthers’ offense has a lot more question marks as redshirt freshman Cornelious Brown IV makes his starting debut at QB. Cajuns LBs Lorenzo McCaskill and Ferrod Gardner will try to make his job difficult.

No. 23 Appalachian State at Marshall

The Mountaineers, the defending Sun Belt champs, also put their ranking on the line on the road as they visit the Thundering Herd, with whom they battled numerous times for Southern Conference supremacy well into the 1990’s. Marshall, now a member of Conference USA, would love to take down an old rival before embarking on its own league campaign.

App State had to stave off a tough challenge from Charlotte in its opening win as QB Zac Thomas got plenty of ground support from RBs Marcus Williams and Camerun Peoples. They’ll be opposed this week by Marshall’s swarming defense featuring LBs Tavante Beckett and Eli Neal. The Herd didn’t have to work nearly as hard to get by Eastern Kentucky in a 59-0 romp two weeks ago, but it was nevertheless an impressive debut for freshman QB Grant Wells. The ASU defense, led by LB Trey Cobb and CB Shemar Jean-Charles, will be harder to solve.