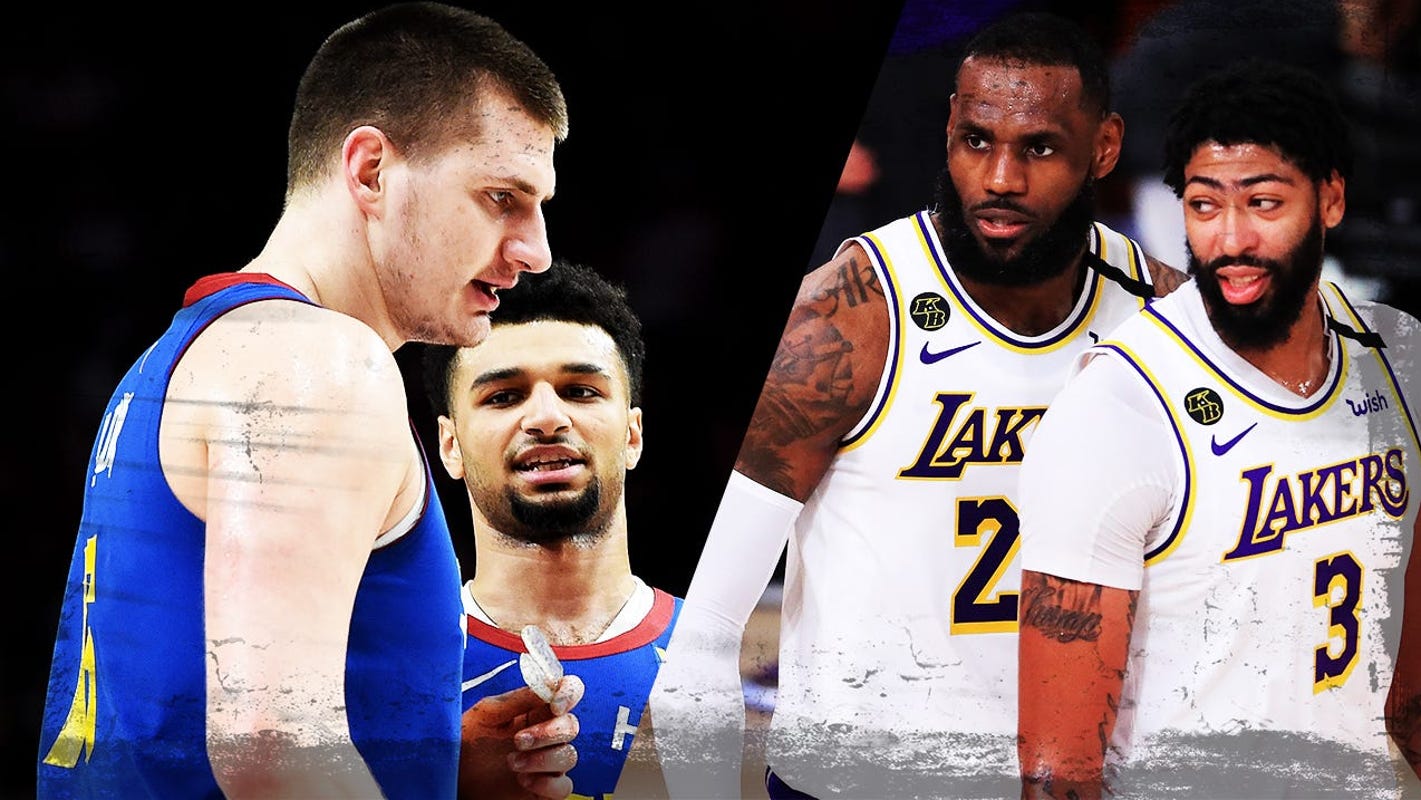 Who will win the Western Conference finals?

A week ago, things seemed to be lining up perfectly for the all-LA matchup everyone wanted to see in the Western Conference finals. The Lakers and Clippers were cruising with 3-1 leads in their second-round series.

LeBron James, Anthony Davis and the Lakers did their part, finishing off the Houston Rockets in five games.

But the Denver Nuggets crashed the party, stunning the Clippers in a Game 7 to complete their second consecutive 3-1 series comeback. Instead of Kawhi Leonard and Paul George, the Lakers will face a different star duo in Nikola Jokic and Jamal Murray.

The Lakers enter as the heavy favorite to reach the NBA Finals, but they can’t overlook the Nuggets. Jokic and company are feeling supremely confident after they became the first team in NBA history to overcome a 3-1 series deficit twice in the same postseason.

NO BATTLE OF LA: Lakers insist they didn’t care about playing Clippers

BUBBLE BALL: Have the NBA playoffs been better inside the bubble?

“We are just not accepting that somebody’s better than us,” Jokic said after beating the Clippers.

Nikola Jokic and the Nuggets lost three of four matchups against Anthony Davis and the Lakers during the regular season. (Photo: Gary A. Vasquez, USA TODAY Sports)

So, who will move on to play for a championship? USA TODAY Sports’ NBA team makes its picks for the Western Conference finals:

Mark Medina: Lakers in 6. The Nuggets will still continue progressing with their underdog story. But they will also run into a brick wall that is James and Davis. The Lakers and Nuggets will play in a competitive series, no doubt. Still, the Lakers’ star power will be too much to handle. Unlike the Clippers, the Lakers also will not take the Nuggets lightly.

Jeff Zillgitt: Lakers in 5. I make this prediction with trepidation. What kind of fool picks against the Nuggets? I love the way they play and the way they’re coached. Murray and Jokic are a delight to watch. But the Lakers provide just too many matchup problems with James and Davis. The Lakers are locked in, have been solid defensively, and if they continue to get quality play from their role players, they’re really hard to beat in a best-of-7. Plus, they have bodies to defend and throw at Jokic. The Lakers played smaller against Houston, but have the versatility to go bigger against Denver. Now, if the Lakers go up 3-1 series, they better watch out.

Analis Bailey: Lakers in 7. The Nuggets have made two 3-1 comebacks, so making it a seven-game series is not impossible. Denver has everything you could want in a conference finals team — depth, energy, passion, the list goes on. Michael Malone and the Nuggets seem to be taking down teams effortlessly and they are so fun to watch. However, Denver does not have James and Davis, arguably the two best players in the series. The Lakers will not win the series with ease, but they will eventually prevail.

Matt Eppers: Lakers in 6. James and Davis will put an end to Denver’s run where Leonard and George couldn’t. Davis will be key for the Lakers. The Nuggets have a big man who can do everything, but they are ill-equipped to guard one like Davis, who could dominate fairly easily. Jokic has been incredible thus far in the playoffs and will find ways to get his, but Davis is athletic enough to follow him anywhere on the floor and make Jokic really work. The Lakers also have James as the ultimate closer.

Series at a glance

(all times Eastern, * – if necessary)