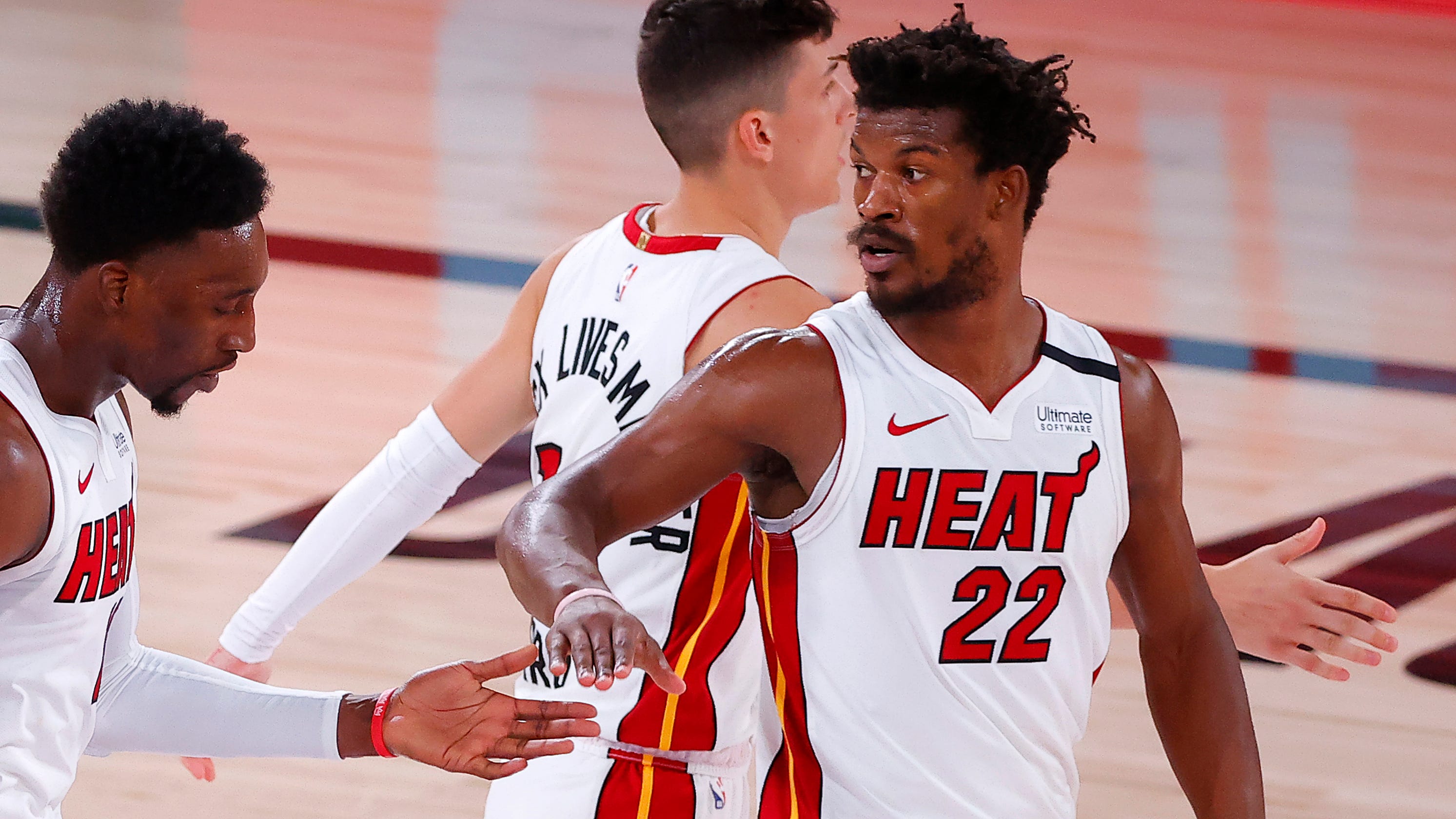 Heat’s Jimmy Butler takes over against Celtics without scoring

Or he can score 14 and the Heat can win.

The Heat don’t always need scoring from Butler. But they need his all-around game, which was on display in high-definition in Miami’s 106-101 victory over the Boston Celtics on Thursday.

If all you watched was his offense, it would be easy to surmise that Butler had an off night: 14 points on 4-of-11 shooting. But that ignores the small details — the when, the how, the why.

Start with the role he played defensively in helping hold the Celtics to 41 points in the second half, including 17 in the third quarter and seven in the final 4:25 of the fourth.

Three of his foul steals came in the final 3:48, and two of those steals led to a dunk and a layup. The final steal broke up a pass with 7.4 seconds remaining that doused any chance of a Boston comeback.

Butler also had six points and two assists in the final 4:25, providing offense when necessary.

His final stat line: 14 points, four rebounds, four steals, three assists and one huge team victory that put the Heat up 2-0 in the Eastern Conference finals.

“We are not going to sit up here and try to educate everybody on what winning basketball is,” Heat coach Erik Spoelstra said. “That was winning basketball tonight from Jimmy Butler. It’s not about the final line. … Jimmy did so many things in that second half that impacted winning on both ends of the floor. Either the average fan sees it or they don’t, but we don’t care.”

Jimmy Butler on making winning plays even when he wasn’t scoring well: “My job tonight was to guard.” #NBAPlayoffs

The fifth-seeded Heat are two wins away from reaching the NBA Finals for the first time since 2014. Butler’s presence is a major reason why the Heat are 10-1 in the playoffs after a sweep over Indiana, a five-game romp over top-seeded Milwaukee and two games against the Celtics.

“Spo is always preaching to me to impact winning, every single day, every time we talk, every time we speak, it’s, ‘How are you going to impact winning tonight?’ ” Butler said. “I think I did that on the defensive end. Goran (Dragic) and everybody else did that on the offensive end. But my job tonight was to guard and play those passing lanes, keep the energy level high and do what I can to help win.”

BUBBLE BALL: Have the playoffs been better inside the bubble?

Butler has always been about winning. His style hasn’t always been accepted elsewhere — not in Minnesota with a young team and not in Philadelphia with two stars and a coach who avoided confrontation.

But in Miami, he doesn’t have to worry about that. The Heat aren’t afraid of conflict.

“We know when we’re not playing the way that we’re supposed to be playing. And as bad as it sounds, it’s like a switch. It just turns on, and oh, there we go right there. I’m telling you, straight-face communication, move on and get it done.”

Not everyone embraces “straight-face” communication. But Butler does, and so do the Heat. And it starts with team president Pat Riley. That Heat style is a perfect match for Butler, who recognized it before he decided to sign with the Heat in the summer of 2019.

Spoelstra told USA TODAY Sports earlier this season that Butler should’ve been in a Heat uniform long ago.

“I knew it beforehand. I knew it,” Butler said. “You know, I’m watching film of these guys, seeing where these guys are coming from and I’m like, ‘Look, they are like me in a lot of ways,’ which is good, because I know how I would talk to myself, so I know how I can talk to them. I know what I would expect out of myself so I know what I can expect out of them, and they are just some good dudes. They just want to win, man, and I’m here for that.”