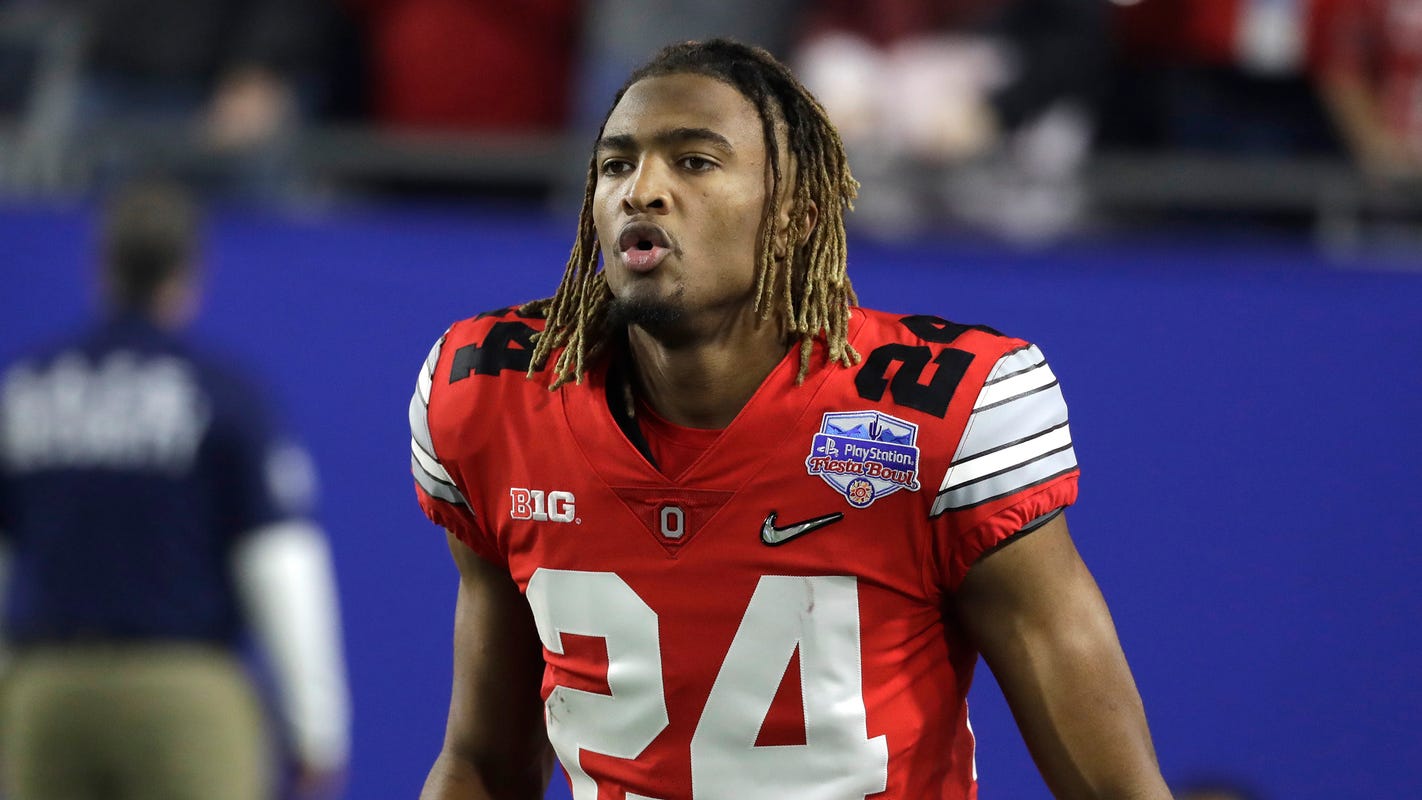 COLUMBUS, Ohio — The week began with a declaration for the NFL, an intention to leave Ohio State in order to prepare for next year’s draft as uncertainty lingered over a football season this fall in the Big Ten.

But by Thursday, capping a whirlwind series of developments, star cornerback Shaun Wade had a change in plans.

Appearing during an evening edition of ESPN’s “SportsCenter,” he announced he would opt back in for the 2020 season, which had been reinstated the previous day with a start date scheduled for late October.

“I’m going to come back and be a Buckeye,” Wade said.

Wade told The Columbus Dispatch earlier this week that he had not signed with an agent, preserving his eligibility and allowing him to return for his fourth season with the Buckeyes.

He is the Buckeyes’ second opt-out to reverse course in the aftermath of the Big Ten’s decision to restart its season, following right guard Wyatt Davis, who said Wednesday he was also returning to the team.

The players previously expressed frustration about the uncertain fate of the season, which was first postponed on Aug. 11 without a clear time frame for when it might resume. Wade’s father, Randy, had been one of the most outspoken parents of players who urged the conference to reconsider postponement.

A season delayed until as late as the winter months posed challenges for NFL prospects in their efforts to prepare for the draft, a lead-up that begins with the scouting combine in late February, potentially conflicting with games. Both Davis and Wade are viewed as potential first-round selections.

WINNERS AND LOSERS: From Big Ten decision to play football this fall

The season’s October start puts the Buckeyes in position to compete for a College Football Playoff national championship, an on-field goal Wade held when he originally put off declaring for the draft after last season.

Last season’s semifinal exit was particularly stinging after he was ejected for a targeting penalty late in the first half of a loss to Clemson.

His return is a significant boost for Ohio State’s title chances.

Wade is the lone returning starter in the secondary, which must recover from the departure of two first-round cornerbacks in Damon Arnette and Jeff Okudah.

Without them, Wade has been slated to move from slot corner, the position he manned last season, to outside corner, where he would likely match up on bigger wide receivers or teams’ most prolific pass-catching targets.

Wade entered this fall as a preseason All-American.