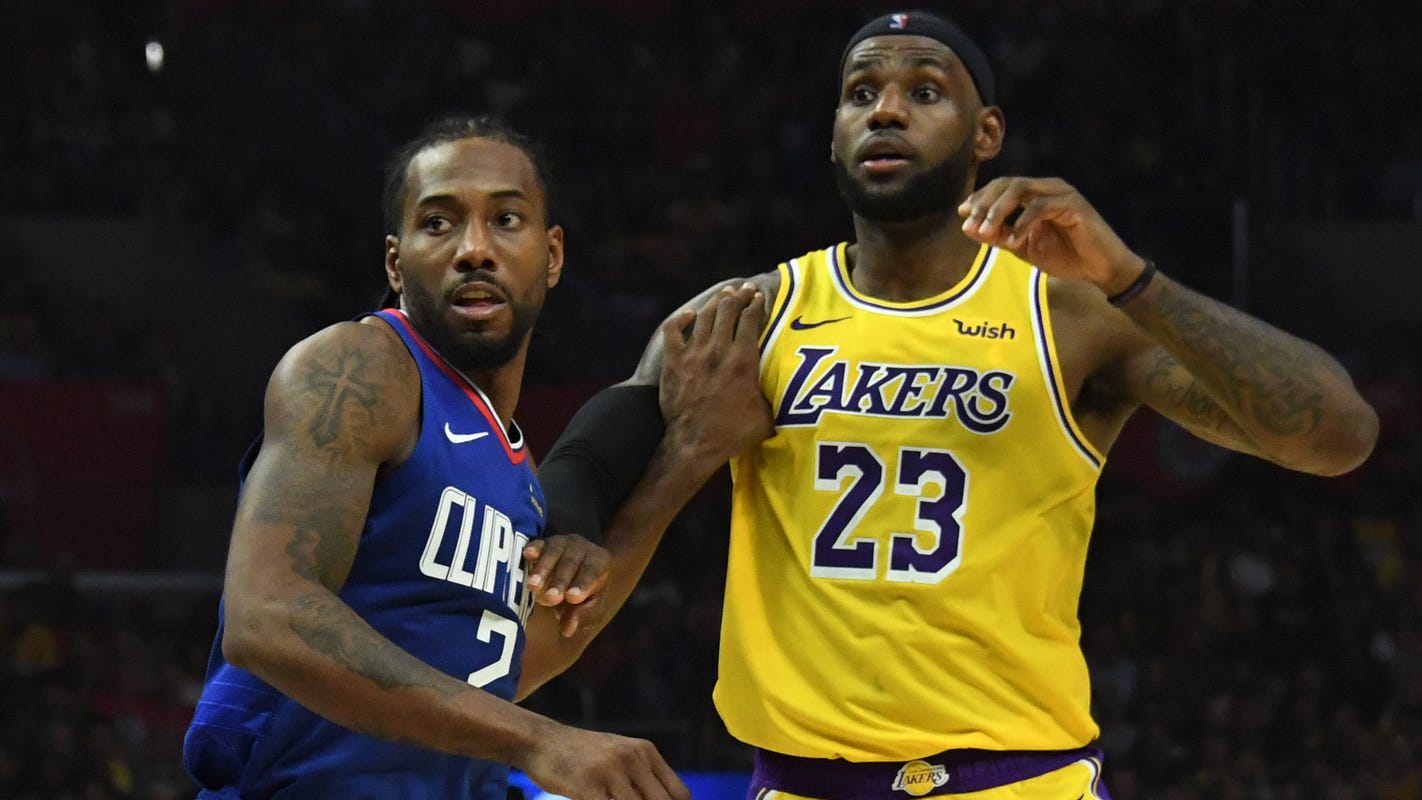 Lakers didn’t care about ‘Battle of LA’ vs. Clippers in NBA playoffs

LeBron James’ dismissive head shake offered more of a window into his mindset than his muted words.

The topic that prompted that reaction? The idea that the Los Angeles Lakers wished they could have seen the LA Clippers in the Western Conference Finals so they could impose more bragging rights in their city.

“What were we settling?” James asked rhetorically.

James has a point. The Lakers have won 16 NBA championships and have a chance to tie the Boston Celtics’ 17 for the NBA’s most league titles. The Clippers have exactly zero rings. And though they are removed from the Donald Sterling era that featured poor management and coaches and players on a limited pocketbook, the Clippers still have not escaped that shadow. They squandered a 3-1 series lead to the Denver Nuggets in the Western Conference semifinals despite acquiring one star player in free agency (Kawhi Leonard) and another in a trade (Paul George).

Just like when the Clippers had Chris Paul, Blake Griffin and DeAndre Jordan, coach Doc Rivers could not lead his team past the second round of the playoffs. Even when the Lakers went through their worst stretch in franchise history with five missed playoff appearances (2014-2018), the Clippers made no significant inroads in chipping away at the Lakers’ local equity.

That development prompted some jeering among NBA players on social media, including Lakers forward Jared Dudley sharing a few laughing emojis. But as for the Lakers’ public reactions, whatever insults they had were kept behind closed doors.

“No letdown for us. We’re focused on our team. We don’t pay attention to any other team but the Lakers,” forward Anthony Davis said. “That’s been our whole thing the entire season. We’re focusing on the whole team. It’s a fun game to watch.

“Obviously in Game 7, anything can happen. That’s been the thing around the league, especially with that team that has been down 3-1 before. You knew it was going to be a good game. But our mindset isn’t on the Clippers or the battle of LA. It’s more so, what can we do to finish our season strong?”

So when James tuned in to Game 7 of the Clippers-Nuggets matchup, he insisted he watched with more of an analytical eye than with rooting interest. He said he focused on collecting as many “login minutes” in studying both teams’ strengths and weaknesses so he could prepare for either one.

Plenty in NBA circles anticipated that would be the Clippers, whose offseason acquisitions could have delivered them an NBA title at the Lakers’ expense. The Clippers’ slogan, “Streetlights over Spotlights,” was also interpreted as a jab at the Lakers’ brand that resonates in Hollywood.

“We’re not focused on the Clippers. We never really were,” Lakers forward Kyle Kuzma said. “We’ve always focused on us and focused on Portland, focused on Houston and controlled what we can control as a team. Now our focus is on Denver.”