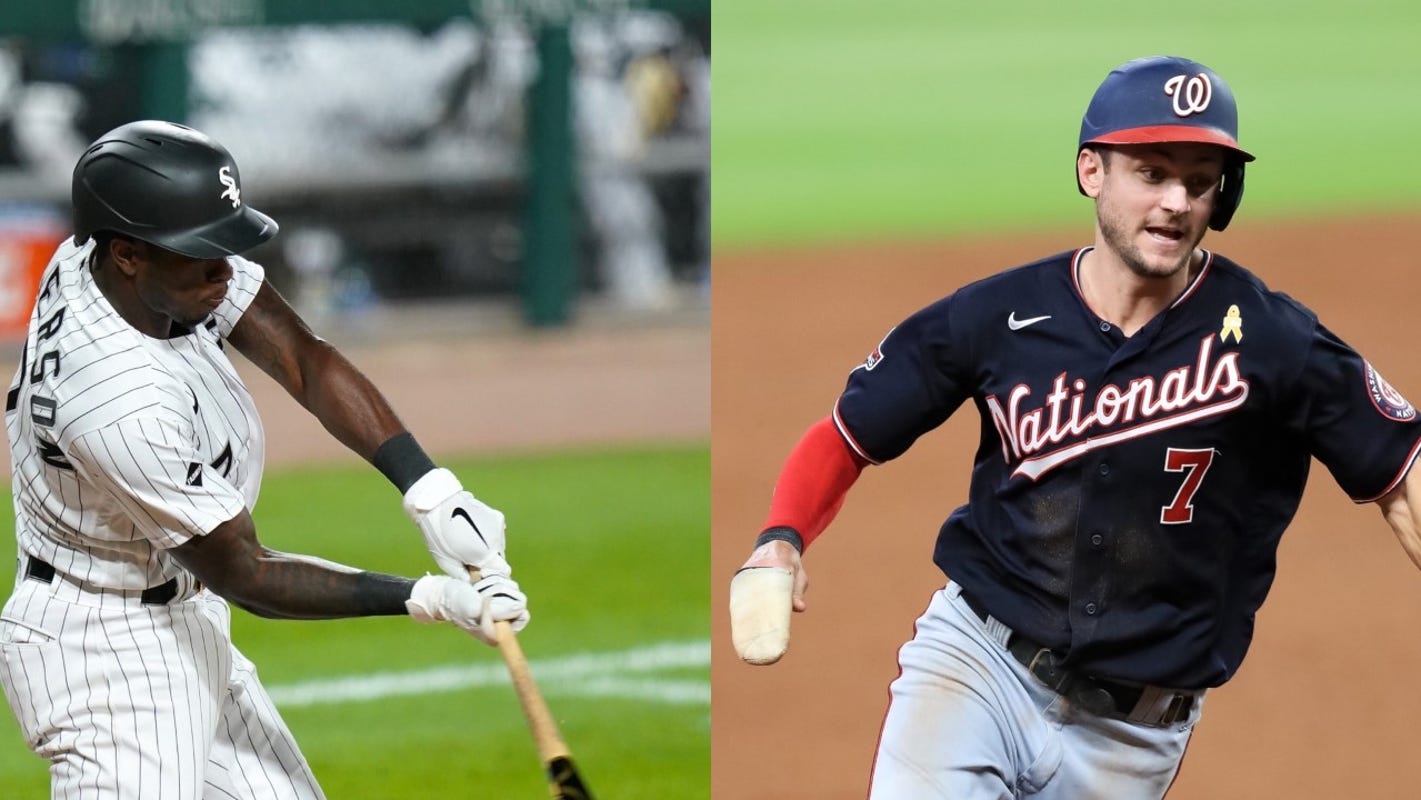 Tim Anderson and Trea Turner were born a week apart in June 1993, millennial babies who would blossom into outstanding shortstops for any era in baseball history.

As hard as it might have been to foresee their greatness from the crib, it was equally impossible to imagine that perhaps the apex of their careers would come in the strangest year in baseball history.

Anderson and Turner are in their age-27 seasons, viewed by many analysts as the prime season for a position player, when youthful zeal merges with veteran sensibilities, and quick-twitch muscles fire alongside a fully developed baseball brain.

It appears we are seeing that unfold, amid the cruel ceiling of a 60-game season played amid a pandemic.

Turner, the Washington Nationals’ shortstop, leads the major leagues with 66 hits, has a pair of double-digit hitting streaks and, with an elite combo of power and speed, has slugged his way from the leadoff spot to the No. 3 hole, pairing with Juan Soto to create a potent duo during an otherwise challenging title defense.

Anderson is merely batting .373, still unapologetically aggressive at the plate while banging his way to a .414 on-base percentage with an adjusted OPS of 172, more than  points above his career high.

Sure, there are aberrations in this shortened season that lurches to conclusion in a week. Christian Yelich is no .208 hitter, and Luke Voit probably wouldn’t hit 68 homers over a full year.

But Turner and Anderson’s track records, combined with a diligence to improve and a steadily ascending stat line, suggest their 2020 performances are very real.

And if this would have been the proverbial greatest season on the back of their respective bubble-gum cards? Well, they’re not about to throw ‘em back.

“I did that,” Anderson said this week on a video call with media. “These games still count. Let’s not get confused. I do go out every day and compete against top pitching. Whether it’s 60 games or 162 games, let’s not forget that you are competing at one of the highest levels, and that’s not easy to do.

Turner: ‘Show up and work’

If you’re looking to separate the wheat from the chaff in this bizarro year, sort the top age-27 players by total bases and see you what you find: All-Stars, MVPs, potential Hall of Famers.

Turner and Anderson are the only players never picked for an All-Star Game in a top five that includes Mookie Betts, Manny Machado and Trevor Story. Turner leads them all with 114 total bases, his four triples, nine home runs and nine stolen bases a testament to his power-speed combo.

That tracks with a 2019 season when Turner hit 19 homers and stole 35 bases while playing just 122 games after breaking his right index finger in April; he did not surgically repair it until this past January, winning a World Series in the meantime.

This year, the Nationals have been beset by injuries, opt-outs and the departure of Anthony Rendon. Turner, meanwhile, has found another gear.

He said on a recent video call that he’s learned “how to be consistent,” taking his cues from Rendon and Soto, who manage to look locked in every day even if they’re not totally feeling it.

During the Nationals’ title run, Turner was fond of donning a shirt that read, “Day Off? &$!# That!”. It seems he’s channeled that youthful exuberance with a greater focus and purpose.

“Show up to the field and work and be particular in what you’re trying to do, each and every day,” says Turner, who got married in November 2018, will become a father this winter and is eligible for free agency after the 2022 season. “Take it real seriously. It’s a lot of mental. Not giving anything away.”

Especially with such a brief window to shine.

Anderson: ‘Be in these moments’

Unlike Turner, Anderson’s masterpiece season comes in a year he may win a championship. The White Sox are on the playoff doorstep, will probably win the AL Central and are balanced enough to weather this year’s unusual, expanded format.

Anderson’s rise somewhat mirrors the White Sox’s, growing as a player each season, adding a bit more to his game, and now, ready to apply his greatness in a playoff setting.

He was a batting champ last year and is currently tied atop the AL leaderboard with the Yankees’ DJ LeMahieu. Sure, Anderson probably won’t finish at .373.

But his overall game – including improvements on defense that have vaulted him to the top three in AL position-player WAR (Baseball-Reference) – are quite sustainable.

“I work hard at my work, man,” Anderson said this week. “Each day I try to go out and get better and I think it’s showing.”

In an era when walk-hungry batters create a pace of play that’s often stultifying, Anderson insists on earning his way on. Oh, he’s a bit more disciplined than his first full season in 2017, when he drew 13 walks in 606 plate appearances, but his nine walks against 62 hits still leaves a narrow gap between his league-leading batting average and his .410 OBP.

So long as he keeps growing as a hitter, that may not matter.

“Understanding and learning how to hit a baseball,” he says of the 2020 version of himself. “Knowing exactly what a pitcher’s trying to do to you. Just understanding what I’m capable of doing in a box.”

Anderson may not win the AL MVP only because teammate Jose Abreu could steal it from him, an outcome he said would be deserved and also “a win for both of us.”

Either way, the baseball world will see his burgeoning skills on display in October, a deserving and fitting stage for one of the game’s most charismatic players – in a year that may prove to be his greatest.

“I want to be in these moments,” he says. “You always try to get something that you can share with the squad. Championships are remembered way more than batting titles or whatever comes with individual awards.”