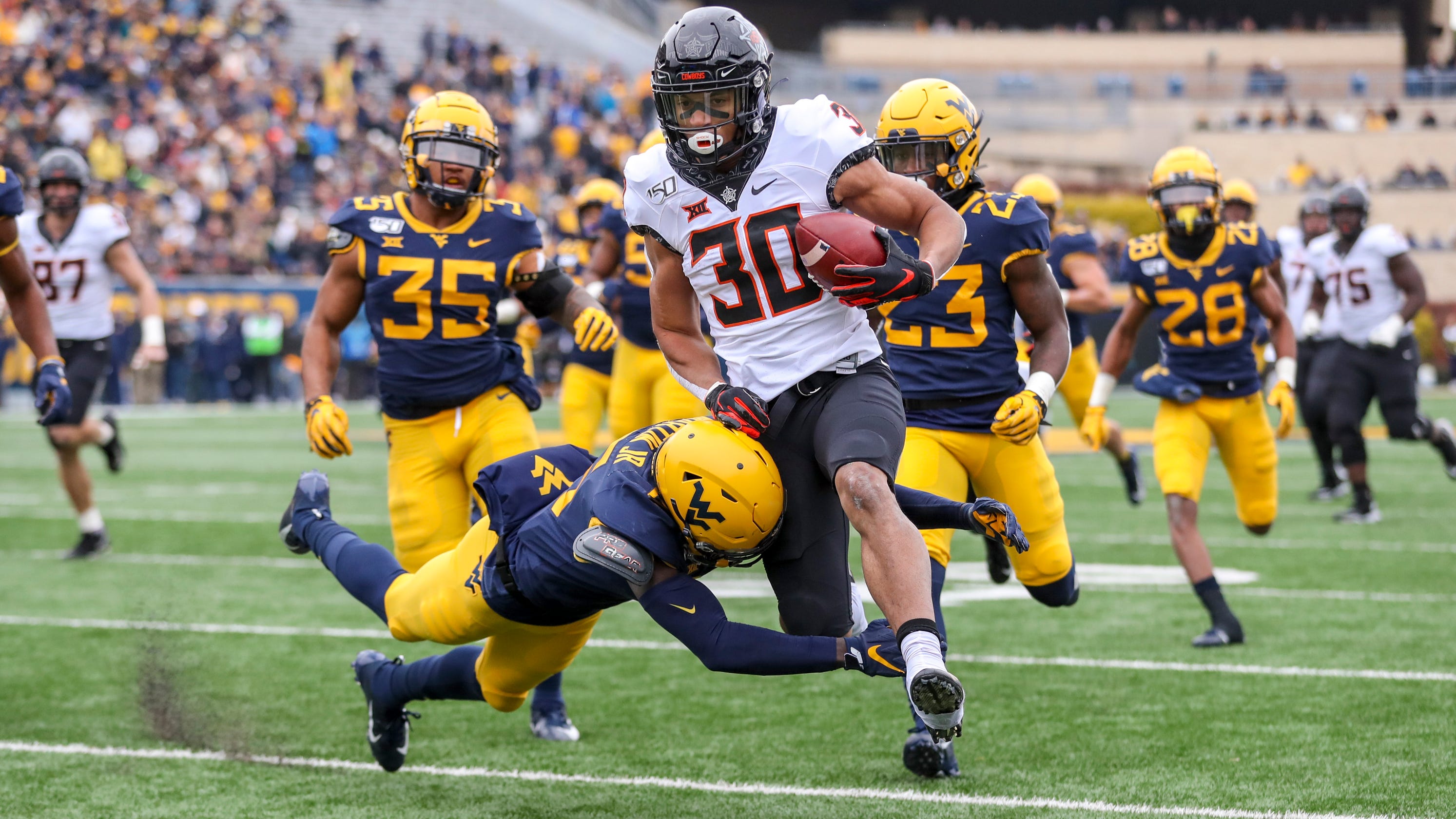 It won’t be long until the Bowl Subdivision welcomes back the SEC, which is set to begin play on Sept. 26. While awaiting the introduction of Alabama, Georgia, LSU and others, the underwhelming Week 3 slate has just one game featuring ranked teams.

But college football is at its wackiest when least expected, so keep an eye out for upsets involving teams from the Power Five and Group of Five. Watch out for how the Big 12 bounces back after a horrible Week 2, and how the Sun Belt uses last weekend as a springboard to possible competing for a New Year’s Six bowl berth.

Even with few games of national impact, there are always questions that will be answered. Here are the biggest questions of Week 3:

Does the Big 12 rebound from last week?

The good news from last week’s debacle is that neither Kansas State, Iowa State nor Kansas are playing Saturday to further damage the league’s standing.

Starting their seasons, instead, will be No. 12 Oklahoma State and No. 24 Baylor. The Cowboys and Bears, respectively face in-state opponents Tulsa and Houston with an opportunity to erase that terrible first impression the conference game in Week 2.

For OSU, it will be the first look at the three-pronged offensive attack led by quarterback Spencer Sanders, running back Chuba Hubbard and wide receiver Tylan Wallace. An impressive showing against an inferior opponent is the order of the day. Any struggles would again raise concerns about the league overall.

It’s a little trickier for Baylor. Dave Aranda makes his coaching debut after the Bears went to the Big 12 title game. Are they again contenders despite some big losses? The Cougars should provide a good test, especially with Dana Holgorsen on the opposite sideline.

The Big 12 league office is hoping for a calm and relaxing day. Sometimes it isn’t that easy, though.

Can the ACC make the most of Week 3?

With the SEC returning on Sept. 26 and the Big Ten scheduled to begin four weeks later, this is the final week of the 2020 season that the ACC will spend as the biggest show in college football. While the same might be said of the Big 12, that conference didn’t harbor the same realistic hopes of having two teams in the playoff.

The return of Ohio State, Penn State and others complicates the ACC’s playoff goals. While deeper than usual due to the addition of Notre Dame and the growth of programs such as North Carolina and Louisville, the ACC will eventually take a back seat to the Big Ten and SEC.

The Week 3 slate doesn’t present many opportunities to make one last impression before the SEC kicks off next week. One is Georgia Tech hosting Central Florida, with the chance for a Top 25 win and, if so, a great case for a national ranking. Miami (Fla.) is at Louisville in prime time in what looks like the game of the day. It might not be enough to move the needle.

What’s next for the Sun Belt?

After a historic weekend that included three wins against the Big 12, the Sun Belt’s Week 3 schedule includes no games against Power Five competition. The most intriguing game pits No. 23 Appalachian State at Marshall in matchup of one of the Sun Belt’s best against one of the top teams in Conference USA.

After such a strong start, all the Sun Belt needs to do is hold serve. Off its win against Charlotte, Appalachian State must stay the course and remain unbeaten to join teams from the American in the New Year’s Six bowl race. No. 21 Louisiana-Lafayette needs to stay hot against Georgia State after last week’s win at then-No. 25 Iowa State.

Unfortunately, the Sun Belt won’t have many chances at national exposure the rest of the way, though the Mountaineers and Ragin’ Cajuns will meet on Oct. 7 in one of the most important Group of Five games of the season.

How can Saturday help Central Florida?

UCF had to be ecstatic over Georgia Tech’s 16-13 win against Florida State, which left the Yellow Jackets on the verge of the Top 25 after being picked to finish last in the ACC during the preseason. Following its defeat the Seminoles, Georgia Tech suddenly becomes a high-profile opponent capable of boosting the Knights’ national credibility and creating a bump in the polls.

In the long run, it may not be enough to give UCF a case for the top four, especially with the Big Ten’s return. On the other hand, not beating the Yellow Jackets eliminates any chance the Knights have of playing Cinderella and creates a possible opening for an unbeaten team from the Sun Belt or Conference USA to break the American’s grip on the New Year’s Six.

Where are the surprises going to come from?

There are always upsets. If the history of college football has taught us one thing is that they will happen even on the weekends that seemingly are straightforward.

No. 1 Clemson and No. 7 Notre Dame should be safe, though maybe South Florida mucks things up for the Irish the way Duke did last week.

Central Florida should be on alert at Georgia Tech. Same with Baylor against Houston and Appalachian State at Marshall. There’s sure to be other potential surprises. The fun is in waiting to see which games emerge as either dramatic near-misses or total shockers.