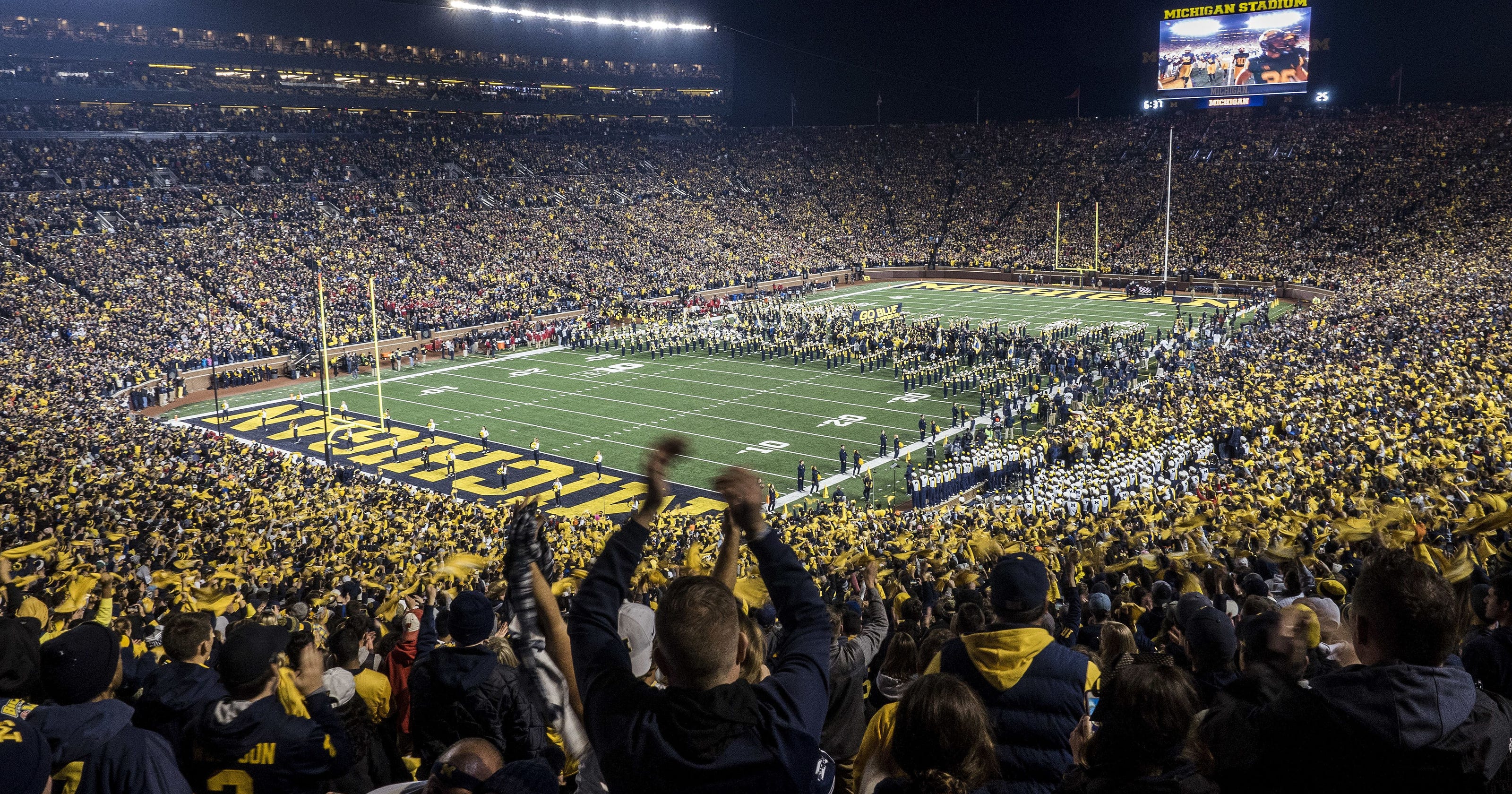 Raudins, who comes from a family of Buckeye fans, described her reaction as “over the moon.”

For Raudins, the Big Ten’s postponement of the college football season was the best of both worlds. She thought it was the right decision last month given that she believes the university’s priority was getting students back on campus.

Ohio State requires students living in university housing, like Raudins, to get a saliva test for COVID-19 once a week, and tests are also given to a sample of students living off-campus. Ohio State has reported 2,384 positive tests among students in the past month, a positivity rate of 3.77%. With so many students being regularly tested, Raudins believes the postponement allowed Ohio State to work out the kinks in its back-to-campus plan without having to immediately worry about football.

Because the Big Ten took extra time in starting its football season, Raudins thinks the safety protocols for players will be stronger and prevent more widespread outbreaks. (Rutgers was one of the schools that quarantined its football program after an outbreak this summer.)

“Everybody I know in my whole family was really excited,” Raudins told USA TODAY Sports. “And I do think part of that is that we know they’re gonna be as careful as possible and it’s not just gonna be, ‘OK, football is back, everything’s back to normal.’”

Fans cheer at Michigan Stadium for Michigan’s game against Wisconsin in 2018. (Photo: The Associated Press)

But not all Big Ten students were as happy as Raudins about the decision. At the University of Michigan, senior Damian Chessare felt the decision to return revealed his school’s twisted priorities.

Unlike at Ohio State, students at Michigan must have symptoms or come into close contact with someone who is infected to be tested for coronavirus on campus. Those who are interested in a test must fill out a survey on the university’s website that asks why they seek testing. The survey provides the options of having an active infection, having close contact with a confirmed infection, being referred by contact tracing, wanting antibody testing or needing a test for upcoming travel or a job. The university says it’s unable to offer testing for those without symptoms or high-risk exposures and directs students to the county health website for other testing options.

At Michigan, graduate student instructors and resident advisers have gone on strike to protest the university’s reopening plan, and a lack of transparency around testing and tracing is one of their concerns. According to Michigan’s COVID-19 dashboard, the university has conducted 13,902 tests since March, compared to Ohio State conducting over 63,000 tests the past month. Michigan has a positivity rate of 1.9% over the last 14 days.

“When I read about a protest like Let Them Play … to me it’s just like, I get it, I was an athlete in high school,” Chessare said. “But again, there are these other concerns right now. For example, the university said that testing changed their calculus, the availability of rapid testing made them OK with having a football team. They’re very quick to say that when you have (the grad students’ strike) and you have students in general being very unhappy and loudly voicing their concerns that they should be tested more.”

It’s not just at Michigan where concerns have been raised about the abundance of testing for football players compared to what is available for other students. Northwestern athletic director Jim Phillips was asked at a press conference what he would say to students who couldn’t access the same level of testing as athletes. “I don’t know if I have an answer,” he responded.

For other students, the return of football is simply a morale-booster. Calvin Stiteley, a junior at Illinois, was just glad to wake up to something positive. At Illinois, students are tested twice a week, but the school recently had such an upswing of cases that the entire student body just completed a 14-day lockdown in which students had to stay in their dorms or off-campus housing except for when they were in class.

“Everybody’s in good spirits,” Stiteley said after Wednesday’s decision by the Big Ten to begin the season  Oct. 24. “It’s hard to get a lot of good news these days with what’s been going on, so even something like that is enough to make a general population on campus really happy, whether you’re a really committed football fan or just someone who just likes to support their school.”

Indiana junior Griffin Gonzalez was skeptical when he first heard the news, but he believes an improved plan to address COVID-19 will help the Big Ten get through the season. Between daily testing for players and sitting out for 21 days if anyone tests positive, Gonzalez believes the Big Ten went from having one of the worst game plans to one of the best. He still has concerns — will the threat of not being able to play be enough to keep football players away from bars and parties? — but he’s generally optimistic for the season’s prospects.

Even Chessare isn’t totally staying away from college football this fall. He said that he plans to watch at least some Michigan games on TV, and he’s fine with the idea of football in general. He just hopes the university resolves some of its testing woes first.

“If how we handled COVID on campus more generally reflected or was more similar to how universities handled it with athletes and with the athletic department, then I would really have no problem with it,” Chessare said.