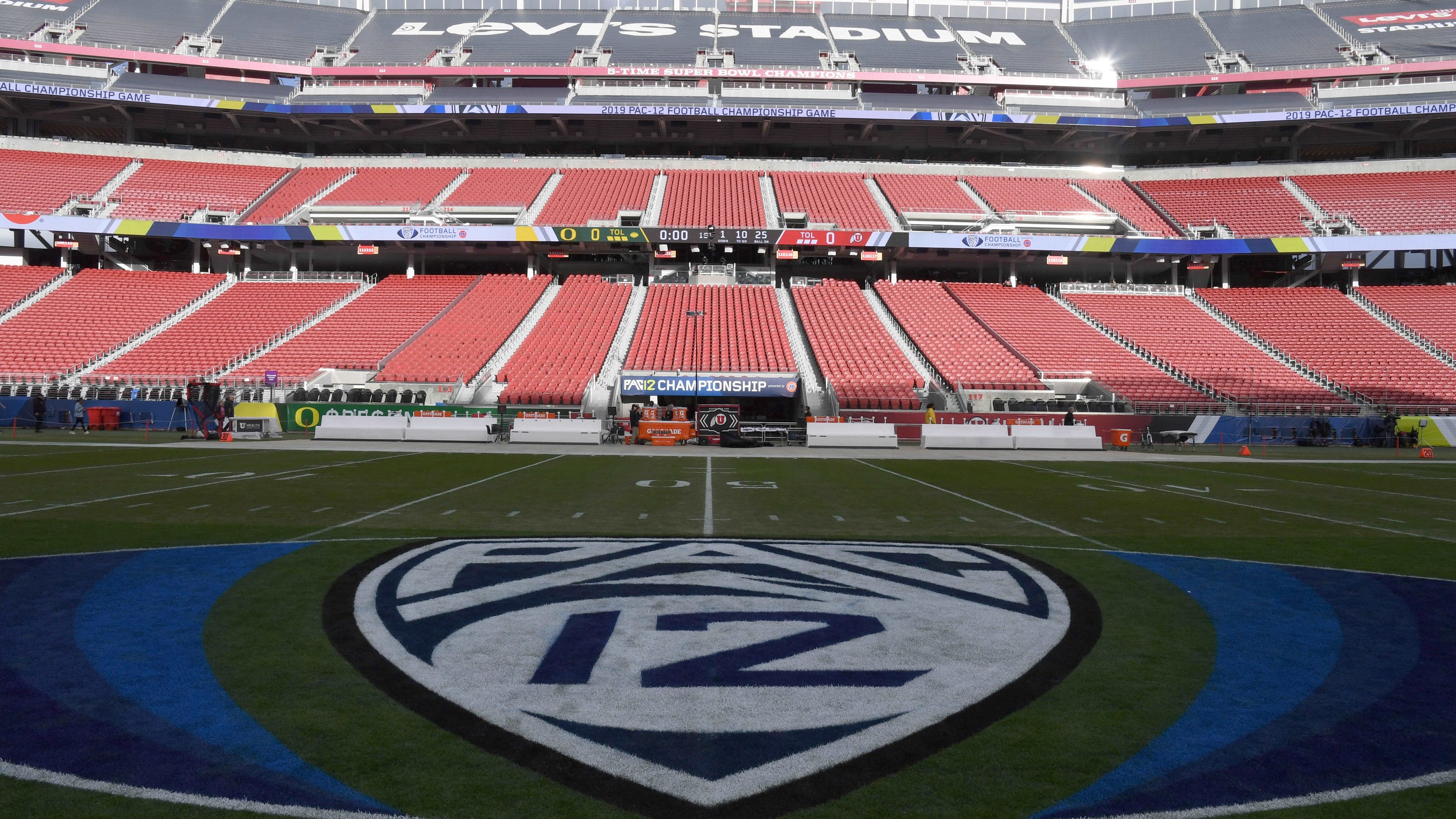 In the world of major college football, the Pac-12 appears to be on its own island.

Wednesday’s much-anticipated decision by the Big Ten to reverse course and start its football season on Oct. 24 left the Pac-12 as the only Power 5 conference with no current plan to return to the field this calendar year.

The Big Ten’s decision put pressure on the Pac-12 to join the other major conferences, and developments later on Wednesday seemed to indicate that playing football in 2020 might still be a possibility.

At issue is the status in California and Oregon, home to half of the Pac-12 and states where there have been public health restrictions keeping sports teams from returning to the practice field.

Could major change be coming to the Pac-12? (Photo: Kirby Lee-USA TODAY Sports)

OPINION: Big Ten football’s return makes all the sense in the world –- and no sense at all

BIG TEN FOOTBALL IS BACK: Here are COVID-19 numbers for each campus

That seemed to shift Wednesday afternoon when California Gov. Gavin Newsom said there is nothing to prevent the Pac-12 teams in his state from returning to athletic activities.

“They can resume football,” Newsom said. “There is nothing in guidelines that says Pac-12 cannot move forward. Period, full stop. I just want to make that crystal clear.”

Also, a spokesman for Oregon Gov. Kate Brown said the state also is working to find a way for football to return.

In both states, officials made it clear their top priority was to work with the conference and schools to figure out how to keep athletes and staffs safe. The developments in California and Oregon were welcomed by Pac-12 commissioner Larry Scott.

“Our California and Oregon universities will now each individually and immediately reach out to their relevant county public health officials to seek clarification on what is required to achieve the same clearance to resume contact practice and competition,” he said in a statement. “We are eager for our student-athletes to have the opportunity to play this season, as soon as it can be done safely and in accordance with public health authority approvals.”

Statement from Pac-12 Commissioner Larry Scott on positive developments from governors of California and Oregon: pic.twitter.com/bZVuGT6vuW

Momentum toward getting the Pac-12 to change course picked up on Tuesday, when USC football players posted a letter on Twitter to Newsom asking him to ease public health restrictions so they could move closer to being able to play this fall.

Please let us play. We want a chance

We want to play! Back the Pac-12 @GavinNewsom#LetUsPlay

Players from Oregon started to do the same early Wednesday. Oregon quarterback Tyler Shough posted a letter to Brown on social media pleading to get back on the field.

“With frustration, we have watched other conferences and teams play, knowing our medical standards are as good or better than theirs,” Shough wrote. “I know we cannot operate in a bubble and nothing is guaranteed. We simply want answers, clarity, and the opportunity to OPT IN to play. We know our health and safety is your priority and respect your decisions thus far.

“However, with new rapid testing, your high standards for our safety, and Oregon’s medical protocol; we believe it is safe to play.

Hours later Brown and the Oregon Health Authority granted a request from the University of Oregon and Oregon State University athletic departments for an exemption to OHA’s sports guidance, according to a spokesman for Brown.

The Big Ten’s formal announcement on Wednesday was likely a catalyst of those developments.

Its plan allows for both a conference title game and a potential spot in the College Football Playoff. Returning to the field would significantly impact the national picture. The preseason Amway Coaches Poll included six Big Ten teams led by No. 2 Ohio State. This week, all of those schools were dropped from the poll.

The key to the Big Ten’s reversal appears to be a partnership for rapid daily testing with Quidel Corporation, the same company with whom the Pac-12 contracted a week earlier.

Equipment for the testing is scheduled to arrive at each school before the end of the month but staff members have to be trained on administering the tests.

Some schools are ahead of others. The University of Arizona has been using the Quidel product — which can generate a single test result in 15 minutes — since late May.

Complicating matters for the Pac-12 are the wildfires that have ravaged much of the West Coast, meaning that even if COVID-19 restrictions were lifted, air quality would likely restrict outdoor activity for some time. Tuesday night’s Major League Baseball game between the San Francisco Giants and Seattle Mariners in Seattle was postponed due to poor air quality.

Another consideration is that not all Pac-12 campuses have re-opened, or are only partially open. ASU President Michael Crow, speaking to The Arizona Republic on Wednesday before developments unfolded in California and Oregon, said it was important for the Pac-12 to remain united.

“First, the issue for a number of the Pac-12 schools is local health departments and their view of their conditions and their management of the virus,” Crow said. “And then second, we’re trying to stay together as a conference; we don’t want to split apart. And third, it is the case that some of the campuses in the conference — at least at the moment — don’t have students on campus.

“So there’s this question of, ‘Do you play athletics with students when there are no students on campus?’ That’s a philosophical question that we’re looking at. (This week) we’re going to spend a lot of time talking about where we are, and talking about whether there’s going to be a change in our position or not.

“Our position up this this point was not to play in the fall.”

Conference and school officials have identified six weeks as the minimum time it would need to prepare a team for on-field competition. Given that time frame and the current issues facing Pac-12 schools, it would not be possible to mirror the Big Ten when it comes to a start date even if teams began to ramp up training this weekend since Oct. 23 is five weeks from Friday.

ASU has been taking part in strength and conditioning work in groups of less than 10. Arizona has been working out as well but have had some interruptions because of COVID outbreaks and one instance of incorrect PCR test results.

Ray Anderson, ASU’s athletic director, is cautiously optimistic but recognizes there are still hurdles ahead.

“The commissioner outlined the challenges that we are facing in the Pac-12,” said. “We are currently working diligently toward solutions to those challenges. But, no doubt, the advancement in our daily testing capacity and today’s Big Ten announcement have further elevated the hopes for a more prompt, yet still safe and healthy return to play in the Pac-12.”

The Pac-12 is one of three FBS conferences not playing. The others are the Mountain West and the Mid-American.

The Republic’s Greg Moore and the Associated Press contributed to this report.