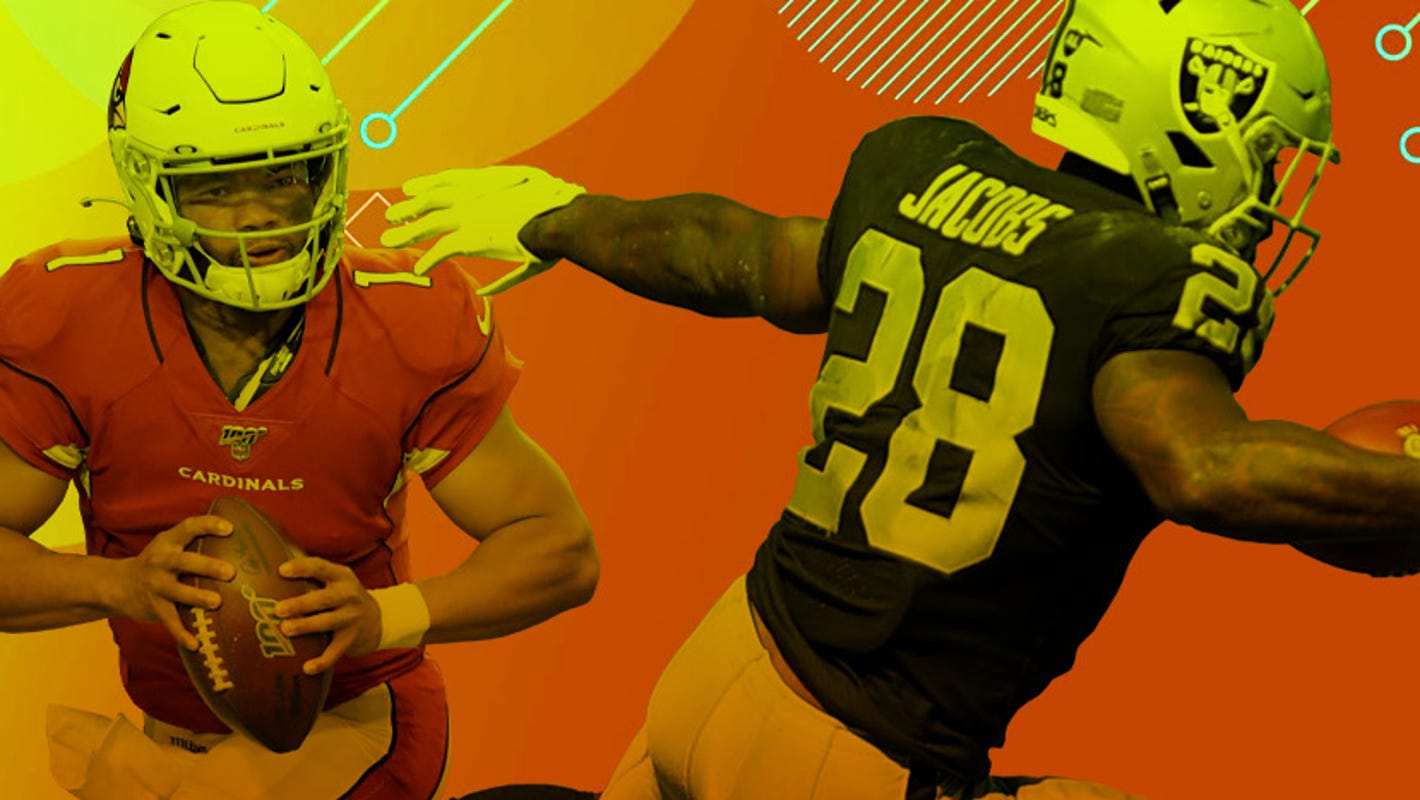 1. Chiefs (1): May as well just keep them parked here for a minute – or an hour. QB Patrick Mahomes has never lost a start in September nor thown an INT before October.

2. Ravens (2): They’ve scored at least 38 points in seven of their last 17 regular-season outings. And it seems QB Lamar Jackson’s command of offense is only expanding.

3. Saints (3): Glass half-full – they won with almost nothing from (injured) WR Michael Thomas. Glass half-empty – it might be that way for a while.

4. Steelers (6): Big Ben is back … meaning WR JuJu Smith-Schuster is back, too. And it doesn’t appear that intimidating defense has gone anywhere.

5. Packers (9): Did you know WR Davante Adams’ 42 TD catches since 2016 lead NFL? Did you know his 14 catches Sunday tied Hall of Famer Don Hutson’s team record for one game?

6. Seahawks (12): Sure seems they’ve got a pretty good plan in terms of deploying newly acquired all-pro S Jamal Adams (12 tackles, sack), who was all over the Falcons.

7. Titans (5): If former first-round WR Corey Davis – his fifth-year option was declined – is going to be this productive, Tennessee’s offense could be tough to handle.

8. Cardinals (21): Yes, QB Kyler Murray could be on track for big sophomore year. But Arizona’s defense deserves ample credit for knocking off Niners.

9. 49ers (4): One of the big surprises from opening weekend? San Francisco is all alone in NFC West basement … while hoping TE George Kittle gets off the mat.

10. Patriots (17): Lot of worry about state of their revamped defense – which allowed 269 yards Sunday, better than the 275.9 average last year’s top-ranked crew permitted.

12. Bills (10): They had little trouble handling the Jets – woo hoo – but QB Josh Allen must be far more consistent if they’re to dethrone New England.

13. Vikings (14): If you can’t apply pressure, young corners will get burned … to tune of most points (43) Minnesota has allowed under Mike Zimmer.

16. Broncos (15): Even without OLB Von Miller, Denver may actually live or die with a defense that should make a jump in second year under Vic Fangio.

18. Chargers (22): Did you notice all 12 of Casey Hayward’s tackles Sunday were of the solo variety? That’s a crazy stat for a guy who plays cornerback.

19. Texans (19): Somebody in league’s scheduling office hates them. After opening at K.C., Houston draws the Ravens, Steelers and Vikings in succession.

20. Colts (7): When you’re adjusting to a new quarterback (Philip Rivers), maybe it shouldn’t be stunning to lose your opener on road … even in Jacksonville. But losing RB Marlon Mack was a rude shock.

22. Bears (28): What’s the debate here? QB Mitchell Trubisky is obviously just as good as Mahomes … and even better in the fourth quarter! Right?

24. Washington (29): Forced to move on from RB Derrius Guice and choosing to cut Peterson, WFT had to overcome committee that averaged 2.2 yards per carry.

25. Eagles (18): Somehow managed to snatch defeat from the jaws of victory at Washington, a defeat that could very well haunt Philly remainder of season.

26. Jaguars (32): Nineteen of 20, including three TD passes – while engineering Week 1 upset? Why would you want anything but Minshew Mania in #DUUUVAL?

27. Dolphins (25): First impression of 2020? They’re a lot better at making videos addressing social injustice than they are at playing football.

28. Bengals (26): QB Joe Burrow’s numbers Sunday weren’t great – nor was his mustache – but playing a legit D like the Bolts didn’t look too big for him.

29. Panthers (30): We know you’re a hotshot play caller, Joe Brady, but why are you calling FB Alex Armah’s number (not Christian McCaffrey’s) during crunch time?

32. Giants (31): Little to like about Monday’s performance … unless you’re excited about DL Leonard Williams exceeding his half-sack 2019 total.