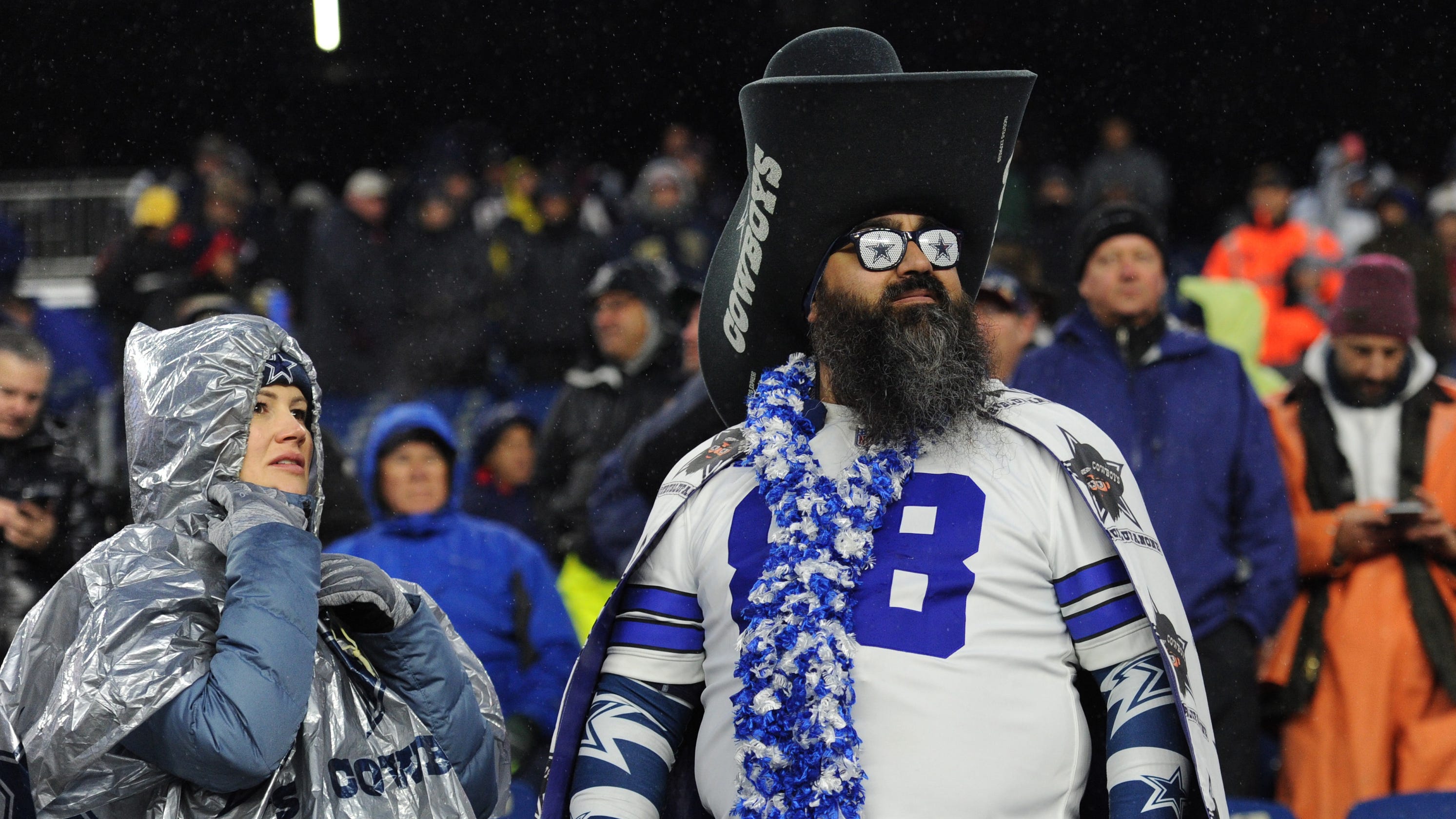 Stadium to be at 25% of capacity for home opener

FRISCO, Texas — Cowboys running back Ezekiel Elliott made his mom a deal.

No, the three-time Pro Bowler didn’t want Dawn at AT&T Stadium for games this fall as COVID-19 continues to threaten in public gatherings.

“We had a tradeoff,” Elliott said Wednesday. “I told her that she couldn’t come down this year, so I finished her basement.

“Got her a nice TV and couches so she has somewhere nice to watch the games.”

But after the Cowboys opened the season at an empty SoFi Stadium in Los Angeles, roughly 20,000 fans could be on hand for their home opener vs. the Falcons. McCarthy said he wouldn’t explicitly guide fans on what their families should do.

“I think it’ll be a lot different in AT&T (Stadium on) Sunday because obviously we’ll have 25% capacity,” Cowboys coach Mike McCarthy said Wednesday morning. “So we’ll have some live energy in the building. I’m pretty confident the music and the game operations will be a little different than it was this past week.

“I think it’s just part of the newness of this particular season and everybody’s going through it.”

Dallas Cowboys fans get ready for the start of a game against the New England Patriots at Gillette Stadium. (Photo: Bob DeChiara, Bob DeChiara-USA TODAY Sports)

Cowboys owner Jerry Jones declined to confirm stadium capacity during a Tuesday radio appearance. But the Cowboys’ AT&T Stadium seats 80,000 with space for more than 100,000 including standing room.

“We’ll just continue to play that by ear and see how that goes,” Jones said. “We don’t necessarily have to do that, and we’ll announce what the attendance is at the game.”

Limited tickets are on sale for Sunday’s game. The Cowboys have announced policies including disinfecting surfaces, hand sanitizer stations canvassing the stadium, and touch-free mobile ticketing and concession payment. Tickets can be bought in pods to sit with family or friends, spaced at least 6 feet apart from the next closest pod. Masks are required except when actively eating or drinking.

Cowboys defensive end DeMarcus Lawrence said he “didn’t have much to discuss” with his family about attending games, just one month from his pregnant wife’s due date. But he’s eager to play again for fans.

“I like to entertain,” Lawrence said. “Being able to have fans out there, to have the laughs, the joys, the cheers go along with the game is more exciting than to get out there celebrating by yourself and trying to bring your own energy.”