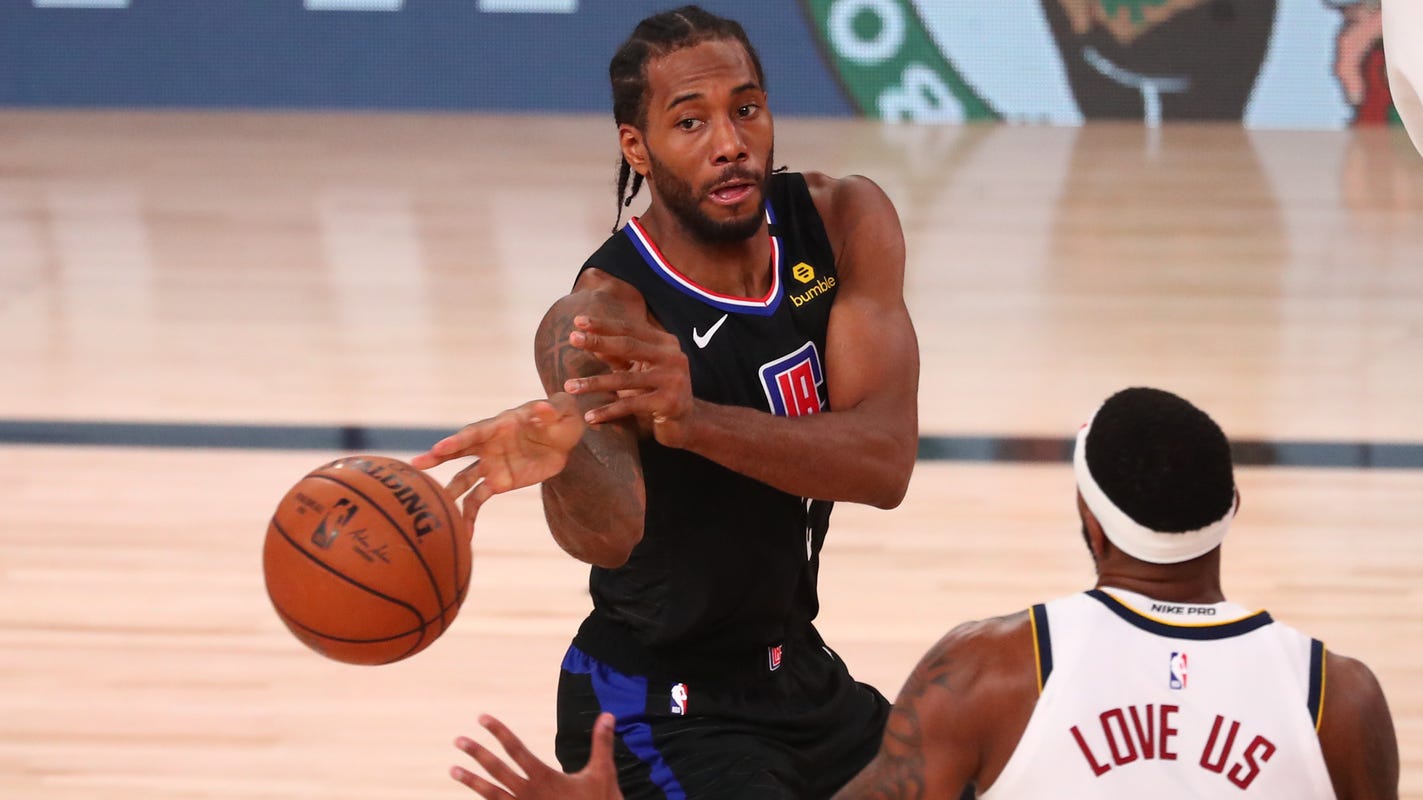 Directly and indirectly, Leonard said the Los Angeles Clippers didn’t play smart basketball in their Western Conference semifinals series meltdown against the Denver Nuggets, a series in which the Clippers had a 3-1 lead and lost Game 7.

“Just have to get smarter as a team,” Leonard said.

Leonard says few words, but he knows what it takes to win championships. He has two rings and was Finals MVP in both series – in 2014 with the Spurs against Miami and in 2019 with the Raptors against Golden State. When he talks, listen for the message.

“When this team is playing us a certain way, trying to get the ball out of my hands, packing the paint, we’ve got to know what to do,” he said.

Another time, Leonard said, “Just being smarter, us being able to know what to do in situations when guys are playing certain ways and seeing how we can get some execution down the stretch and guys knowing exactly where they need to be in crunch time or in situations where you can’t put the ball in the hole. Those are the big things. That’s what championship teams have. They have chemistry … they know exactly what to do.”

In those crunch-time moments, the Clippers were ineffective against Denver. That’s not what the Clippers expected when they traded their future for the present to sign Leonard and acquire Paul George, who said, “internally, we’ve always felt, this is not a championship-or-bust year for us.”

That’s now how the Clippers’ exit is perceived today. A second-round loss is a bust.

In Leonard’s mind, the Clippers didn’t have the basketball IQ required to thrive in the playoffs, and to be fair, the bubble presented unique challenges that impacted teams in different ways.

Following Game 7, Clippers coach Doc Rivers, Leonard, George and Lou Williams all referenced chemistry as an issue. Whether during the regular season (George and Leonard played just 37 games together) or in the bubble (Montrezl Harrell, Patrick Beverley and Williams missed considerable time at the Orlando area campus), the Clippers didn’t have a lot of time together.

That’s a fact, and it speaks to the lack of continuity and trust. But the Clippers also went from a team that was filled with grinders and overachievers last season to a team with two stars. They had trouble blending both stars and grinders.

The Clippers need to work on that, and it won’t be easy because next season will be disjointed to some degree, too.

As the best player and a leader, Leonard is responsible for helping resolve those issues. The West is improving, and the Lakers will be good again next season. Harrell is a free agent after this season, and Leonard and George can be free agents in 2021. Situations change quick.

The Clippers were on the verge of playing in the conference finals for the first time in franchise history and then lost three consecutive games. The Clippers jinx and the Donald Sterling curse seem real right now.

If the Clippers want to turn this into something that lasts more than a couple of seasons and make a serious championship run, it’s on Leonard to help the Clippers play smarter.