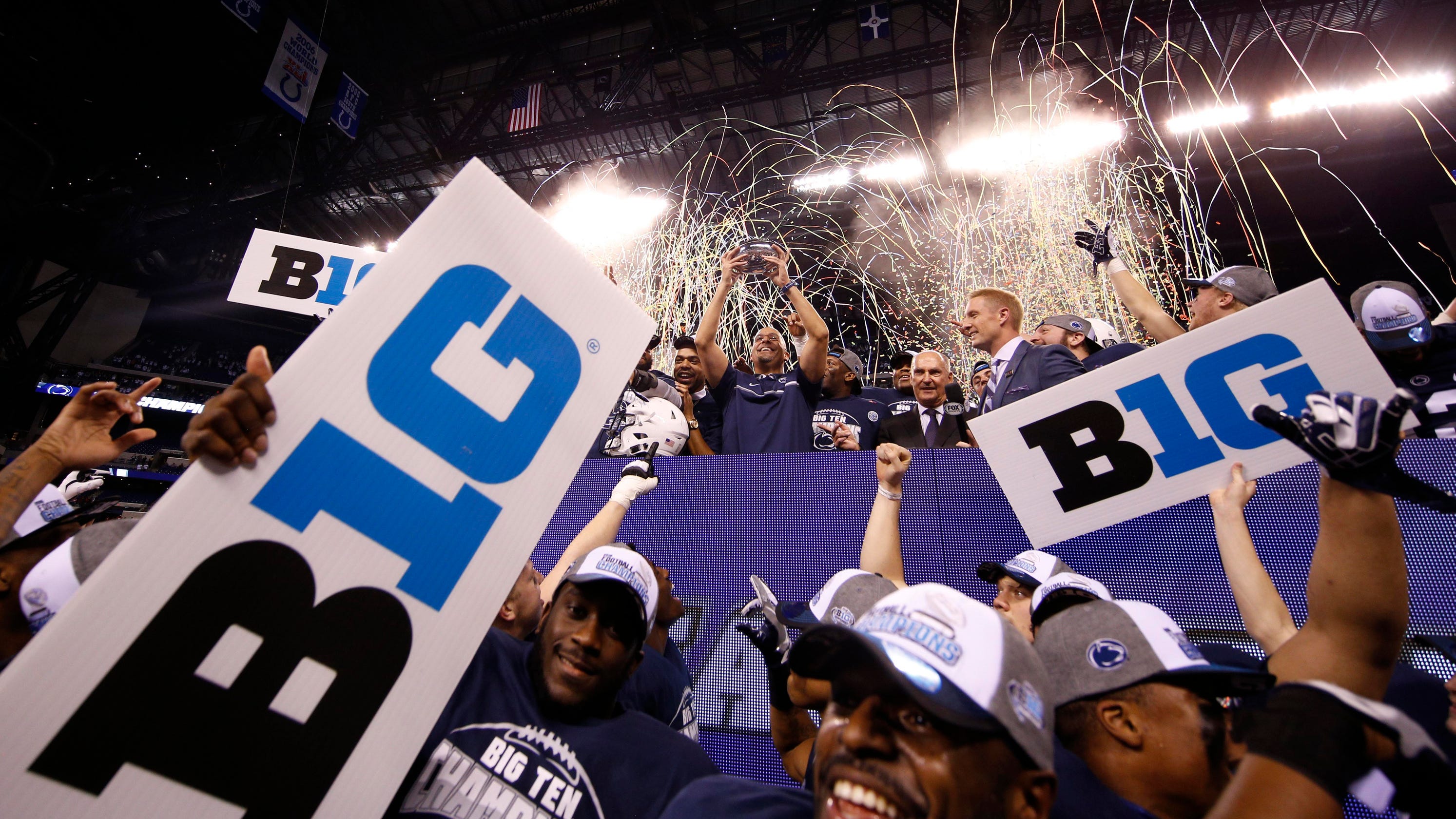 Big Ten got played by President Trump, and he’s eager to celebrate

Whether the Big Ten made the right call by deciding to play football this fall, this much is certain: It got played by President Trump.

From the moment Big Ten commissioner Kevin Warren and Trump spoke by phone on Sept. 1, any outcome that ended with the league reversing its early decision to postpone football was going to result in Trump declaring that he made it happen to boost his favorability in Pennsylvania, Ohio, Michigan, Wisconsin and Minnesota in the midst of a campaign where he is behind in the polls.

“That call was probably the most pivotal call in Big Ten football this year,” a senior White House official told reporters on a conference call Wednesday. (And yes, this White House official, as well as two others on the call, requested anonymity even though this isn’t a topic that would necessitate anonymity, but here we are.)

The problem is, Trump taking credit for the Big Ten returning doesn’t exactly comport with the facts.

Though Warren and Trump absolutely spoke, and Trump certainly expressed his desire for the Big Ten to play football this fall during that conversation, there’s no evidence that the White House took any other tangible action to make the season happen.

The Big Ten is scheduled to start its football season on Oct. 24 after postponing play in August. (Photo: Brian Spurlock, USA TODAY Sports)

Understanding the potential pitfalls in getting too deeply involved with a White House that was eager to provide COVID-19 testing resources for football teams while other more essential industries go without, the Big Ten never went any further than Warren’s phone call on trying to get hooked up by the federal government.

In fact, one person with knowledge of the discussions, who spoke to USA TODAY Sports on the condition of anonymity because of the sensitive nature of the situation, said the league never requested or accepted any resources from the White House. Instead, league officials directed credit toward its medical advisory board for putting together a plan that the Big Ten presidents were comfortable with and were able to secure enough daily antigen tests by other means.

WINNERS AND LOSERS: Five conferences among those hurt by Big Ten’s return

But do you think some silly things like facts are going to stop election-year politics from happening at the Big Ten’s expense? Of course not.

The White House on Wednesday touted Trump’s interest in whether college football would happen going all the way back to early August when it became clear that some leagues might sit out the fall. Trump latched onto the #LetUsPlay hashtag and spoke on the phone with Clemson quarterback Trevor Lawrence and LSU coach Ed Orgeron, among others.

And at that point, once Trump reached out for the phone call with Warren, the Big Ten should have known what was up. Immediately after the phone call, Warren should have released a statement thanking the White House for their interest but explaining very clearly that it wouldn’t be consistent with the mission of the league to allow the president to use his influence or resources to prioritize football over other pressing campus issues.

Now, whether they like it or not, Trump is going to take a political victory lap at their expense. It’s going to be part of his stump speech going forward. It’s almost certainly going to come up later this month at the presidential debates. When Big Ten football happens every Saturday, you can be sure the Twitter account of the commander-in-chief is going to be a font of self-congratulations.

Still, even the unnamed senior White House officials struggled Wednesday when pressed on what actions Trump actually took to make Big Ten football happen beyond a phone call with Warren. They didn’t answer whether resources had been deployed to the Big Ten (because they hadn’t) and instead cited “over 300 calls between the White House, players, parents, coaches, athletic directors and Big Ten officials lending resources, time, information and doing everything we possibly can to give the Big Ten a path forward.”

The problem is, it’s not like Trump wanting Big Ten football to happen was particularly unique. Lots of people wanted it to happen from fans to players to parents to administrators. The question was whether it could be done in a way to mitigate the risks enough in the minds of the school presidents who actually made the decision and how they were going to get there.

It would be easy to give Trump credit for that if there were tangible steps that were taken by the administration to do that. Instead, they would have us believe that this all happened because of a phone call.

“I would say it was one pretty important phone call,” an administration official said. “It was also hundreds of follow-up calls. It was also the president’s bully pulpit. He took time out of his busy schedule to make sure he was championing the players’ message. These players didn’t have an opportunity to play football. The president made sure he mentioned this daily.”

The Big Ten, which did not know the White House was organizing a call with reporters Wednesday to claim credit, isn’t going to spend much energy on this. Why pick a fight at this point?

But as they came around to the view that they could play football starting in October, Big Ten presidents walked right into the trap of looking like props for the president. Even if they never wanted this to be political, they were either too naïve or incompetent to sniff out how it would play the moment Trump got involved.

Make no mistake, the Big Ten never took any resources from the White House. But that won’t stop Trump from claiming a win.