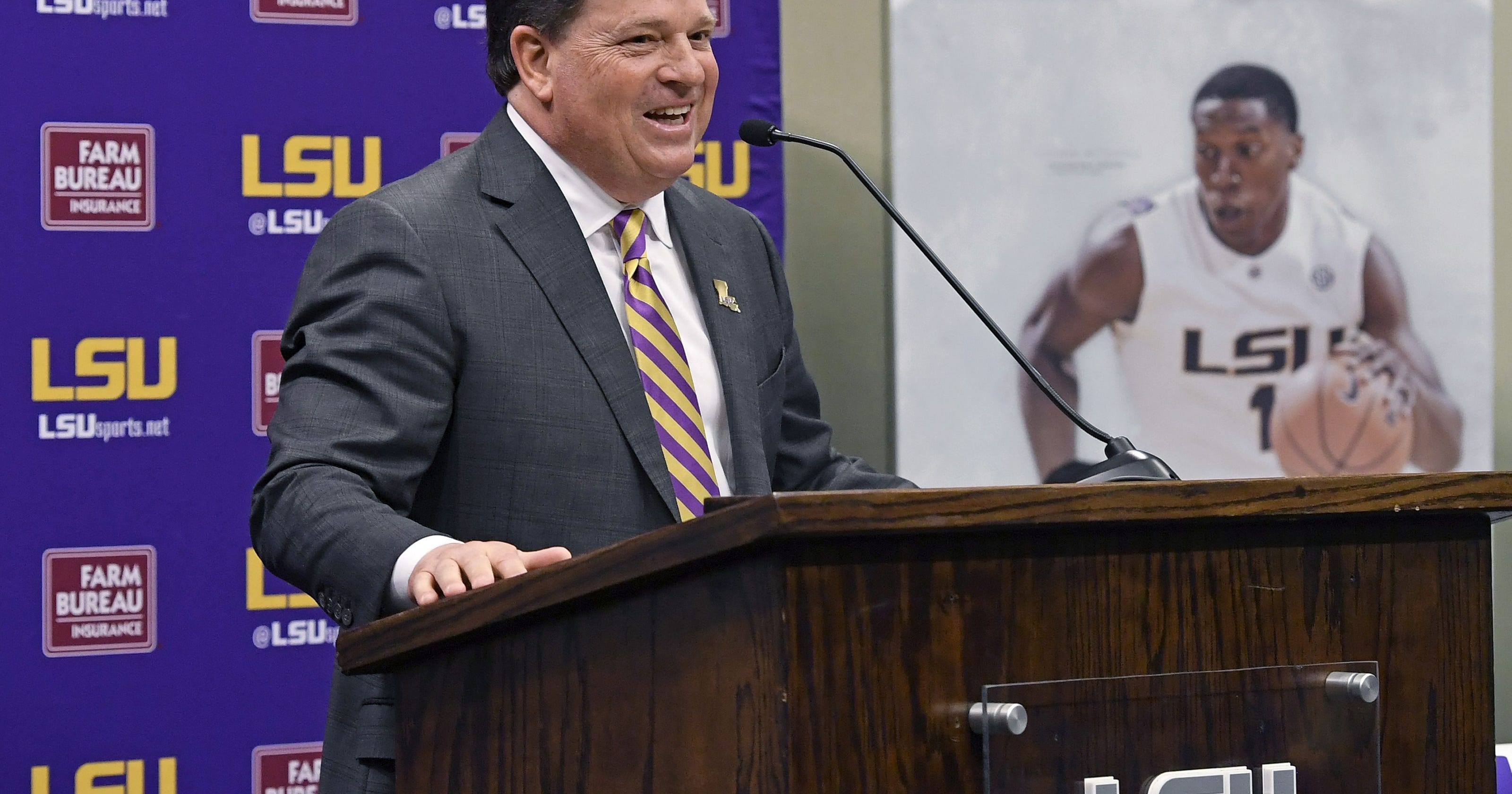 But Woodward said the recent spike happened out of the LSU football facilities.

“This is anecdotal, and this is Scott Woodward’s opinion,” Woodward said on a teleconference. “I think the vast majority of them have happened socially. And I’m very comfortable, even though there’s no parallel or longitudinal study, saying I don’t think they received it at practice or in our weight room. I think the protocols are good.”

LSU had an outbreak of 30 or more football players getting the virus last June after many of the players visited the Tigerland bars near campus.

LSU athletic director Scott Woodward confirmed that most of the LSU football team has already had COVID-19. (Photo: The Associated Press)

Orgeron has said his players have been banned from bars since the initial spike in June.

No. 5 LSU, the defending national champion, opens the season at home on Sept. 26 against Mississippi State at 2:30 p.m. on CBS with a 25 percent limit of Tiger Stadium’s 102,000 capacity allowed in because of COVID-19 precautions.

“The beauty of this is Coach O is totally transparent and honest to a fault,” Woodward said when asked about Orgeron saying most of the team has had the virus. “This is very similar to what we’re seeing across all schools that have been doing this.”

It was reported this week that 75 Texas Tech football players have tested positive for COVID-19 since June.

“I’m not going to get into numbers, and I’m not going to get into cases, but I can assure you one thing,” Woodward said. “They (LSU’s football players) are getting world class medical attention. And they’re getting world class oversight. And I’ll argue, and I’ll contend with anyone that we have the best contact tracing system in America — maybe second only to the Secret Service.”

Orgeron said only a few of his players are quarantined with COVID-19 now.

“Our kids have been healthy and have gone through it, and frankly, I think we are doing great things,” Woodward said. “And I’m really pleased with how we’re doing it. But that’s all I’m going to say on it. Coach O was a bit too transparent, and a bit too forthright, and I’m very pleased with where we are.”

Woodward said he is not an expert on COVID-19.

“Now, hear me loudly and clearly, I’m not an epidemiologist (disease expert),” he said. “Just one man’s opinion who reads a lot about it.”

“Really two unsung heroes, and they have just been phenomenal on this COVID-19 protocol and how we’re doing it and advising us,” Woodward said despite two known spikes at LSU. “They have been leaders in advising the Southeastern Conference. Greg Sankey (SEC commissioner) has leaned on Katie a lot to advise him on how we should look at things.”

“Here in Baton Rouge, we’re still not out of the woods yet,” he said. “We have to be very vigilant about doing the three most important things — socially distancing, wearing our masks, and sanitizing. If we do that, we can get back to it. To quote Churchill, hopefully ‘This is the end of the beginning.'”