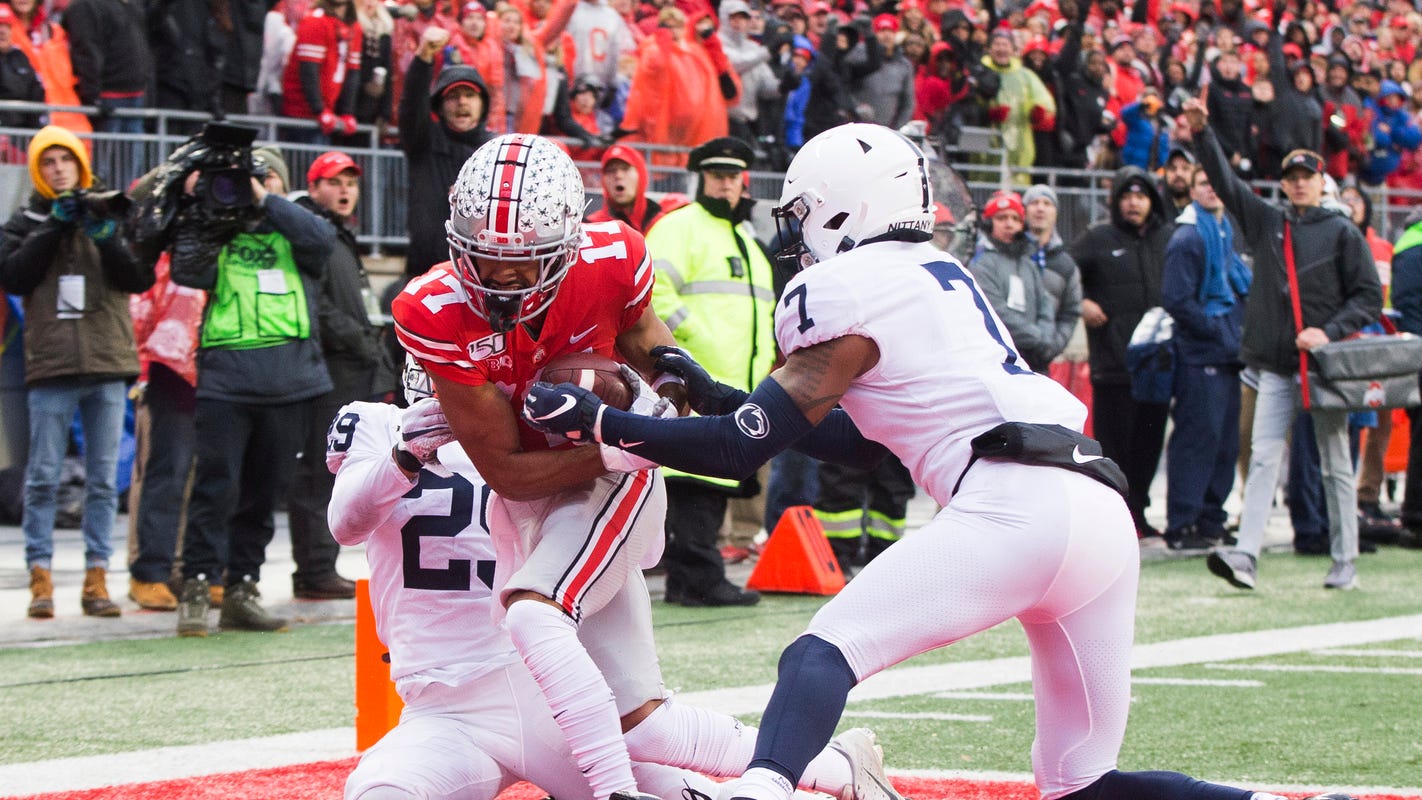 The announcement by the Big Ten that the conference would start its football season Oct. 24 ended a contentious 36-day period where football coaches, fans, players and their parents and even President Trump pushed the league to play this fall.

The decision sparked a lawsuit from Nebraska football players and had school officials send conflicting messages about what actually transpired leading up to the decision to cancel fall athletics in all sports.

With the Big Ten now committed to playing an eight-game football schedule and hopefully participate in the College Football Playoff, a look and the winners and the losers from the reversal.

Pulling the plug on the season last month – six days after announcing a schedule for the fall – was done with the expectation that the rest of the Power Five would follow suit. The Pac-12 did just that a few hours later, but the ACC, Big 12 and SEC continued on.

The remaining three conferences were able to weather the medical issues of COVID-19 with enough resolve to play. The ACC and Big 12 started last week. The SEC is set to begin on Sept. 26.

The likelihood of a season and College Football Playoff without its participation, clearly had the Big Ten concerned about the impact on finances, recruiting and national perception. Now, they’ll be able to generate the revenue from television and – if they came somehow complete the season – be part of the College Football Playoff. It wasn’t an ideal process, but being on the field is going to be a big boost.

The most specific winner from the Big Ten’s decision? That would be Ohio State, which was ranked No. 2 in the preseason Amway Coaches Poll and viewed right alongside Clemson as the teams to beat in the playoff chase. The Buckeyes will quickly return to that position at or near the top of the Bowl Subdivision.

Meanwhile, quarterback Justin Fields could play his way back into the Heisman Trophy race, though it may end up being difficult to make up the head start given to Clemson quarterback Trevor Lawrence.

OSU immediately becomes a favorite to reach the playoff. Other Big Ten teams, including Penn State, have similar aspirations. But no team in the conference, and maybe even nationally, seem as loaded as the Buckeyes.

Simply put, the playoff needed the Big Ten for its legitimacy. Yes, the other three Power Five conferences would have supplied four credible teams. But the idea of playing without Ohio State, Penn State or whichever team would have won the Big Ten was not optimal.

The expectation is that the four conference champions will be in the field unless there is some unexpected chaos that develops. That helps with credibility of the system and will also draw more fans in from major markets that would have been excluded with the Big Ten eliminated.

Their advocacy for the return of football certainly played a pivotal role and the eventual decision to play proved their influence with school administrators. That will be remembered in the next crisis.

For the players, they’ll have the opportunity to participate in a meaningful season that they have spent months preparing for and then had taken away. For the elite stars, they will have the chance to be seen by NFL teams. They won’t have to make the difficult call about whether to play in the winter or spring before heading to pro football.

The idea of no Ohio State-Michigan or any of the other Big Ten rivalries going dark for one season was one of the sad developments of the shutdown decision. There will be a game for Paul Bunyan’s Axe, Floyd of Rosedale and the Old Oaken Bucket if all goes well.

Even for those people outside Big Ten territory, the sport is better with everyone playing. There will be more drama and surprises. The playoff will be better. And if you don’t like the Big Ten, there are now teams to root against.

One of the three Power Five conferences was expected to earn two berths in the College Football Playoff until this week.

The ACC and SEC looked to be in the best position. This change raises the stakes for the conference championship games in both leagues. There’s no wiggle room now. Clemson and Notre Dame meet in the regular season. So do Georgia and Alabama. Those games will be important, however, potential rematches on the final weekend are now going to be decisive.

The Big 12 – even with bad losses last week – still had hope with Oklahoma, Texas and Oklahoma State part of the mix. It will be hard to see more than one of those three in the field.

If there was ever a year for the American to stake a claim for the College Football Playoff, there would have been a path this season. Cincinnati, Central Florida and Memphis were positioned to make a run with an unbeaten season, especially if the at-large candidates in the Power Five had two losses.

The circumstances are now very different. When you consider the Pac-12 hasn’t been a part of the field since the 2016 season, the calculation for the American is the same with other years. Contenders have to hope for a wild season to be part of the conversation. In the end, they’ll likely be on the outside looking in.

Someone — or some conference — has to be the target of outrage. That burden now falls to the Pac-12, as the only Power Five conference and one of three leagues overall not in competition. It doesn’t really matter that the Pac-12’s consistent messaging and the moves to bring rapid testing to every team stands in contrast to the Big Ten’s bungled attempts to explain last month’s decision. With every other major conference in competition, the Pac-12 is now the outlier in the FBS.

Following Jim Delany’s shoes as the commissioner of one the elite college conferences was always going to be a challenge. It was especially challenging for Warren, who had never served in college administration. The Big Ten commissioner was dealt a bad hand, given that he was immediately expected to handle the conference amid a pandemic. He also didn’t play it well.

A lack of coherent message when the stoppage was announced last month raised more questions than answers as it seems the league was caught off guard by the passion of those wanting to play. Warren then bungled his initial responses to Nebraska and other schools pushing to play outside the Big Ten. He followed by adamantly saying in the weeks after that the league would not be playing in the fall.

The messaging for the past several days before Wednesday’s return even went poorly, with leaks and hot mics highlighting the fractures among the league. There’s a lot of work to be done to mend fences and move forward.