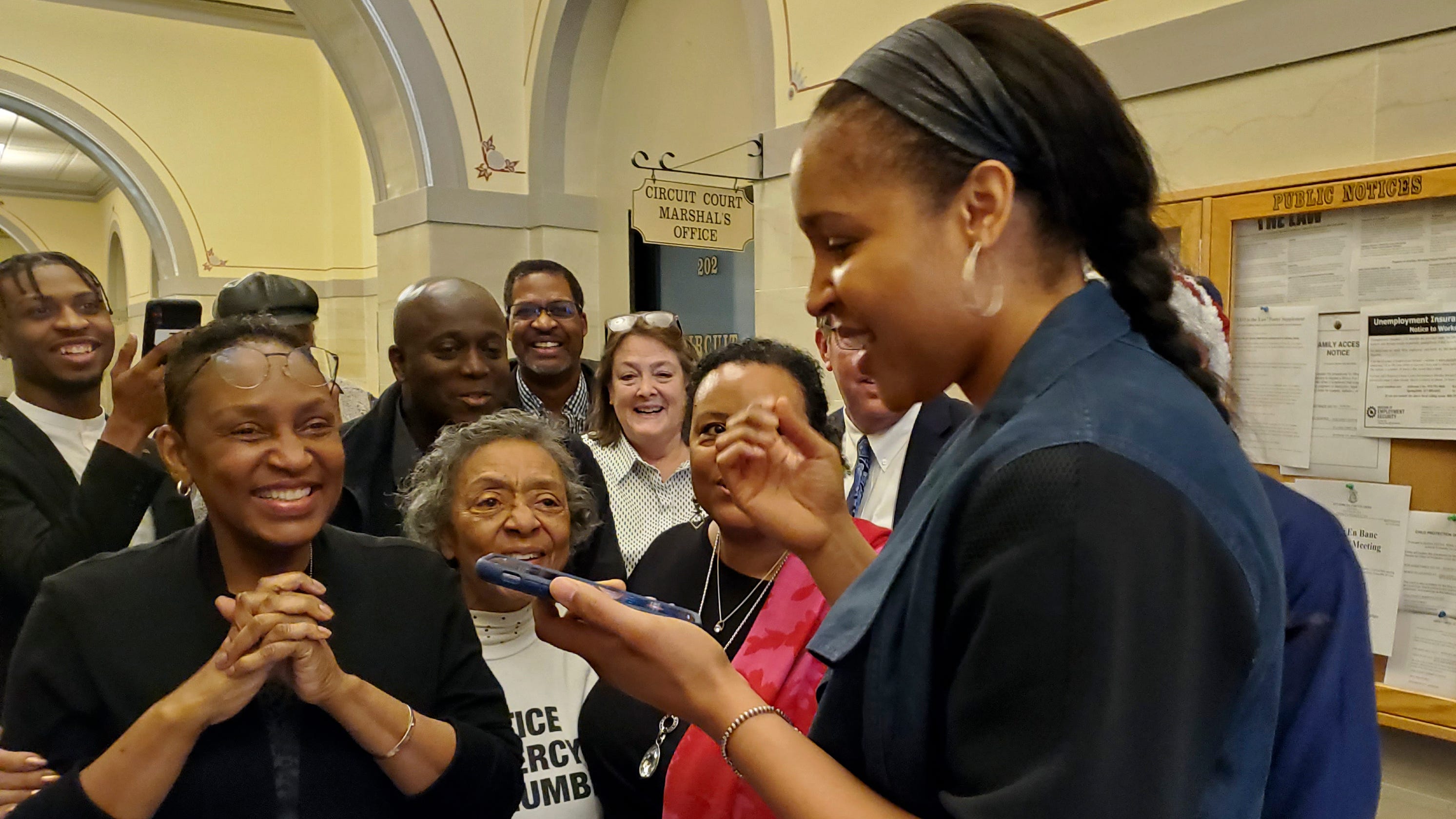 As Jonathan Irons took his first steps outside of prison more than two months ago, Maya Moore dropped to her knees in relief and happiness.

Hours later, Irons was the one kneeling. He asked Moore to marry him that night and the two have since wed.

“We wanted to announce today that we are super excited to continue the work that we are doing together, but doing it as a married couple,” Moore said on “Good Morning America” on ABC with Robin Roberts. “We got married a couple months ago and we’re excited to just continue this new chapter of life together.”

Moore was at the top of her game in the WNBA when she walked away to focus on social justice — specifically Irons’ case. He had been convicted of burglary and assault charges as a 16-year-old by an all-white jury following an incident in 1998. A Missouri judge overturned that conviction in March, citing issues with the first trial (a fingerprint report that could have proved Iron’s innocence was not turned over to his lawyers, for example).

Irons, 40, always maintained his innocence, and the two met prior to the two-time Olympian’s freshman season at Connecticut through her family friends’ prison ministry program in 2007.

Irons said that during a prison visit years ago, he and Moore acknowledged the strong feelings they had for each other.

“I wanted to marry her but at the same time protect her because being in a relationship with a man in prison, it’s extremely difficult and painful,” he said. “And I didn’t want her to feel trapped and I wanted her to feel open and have the ability any time if this is too much for you, go and find somebody. Live your life. Because this is hard.”

That didn’t stop Irons from asking her anyway, yet he discouraged her from answering right away.

“Because in my mind, I didn’t know if I’d be home,” he said. “She’s such an amazing, beautiful person.”

Moore’s foundation, Win With Justice, has partnered with the “Get Out the Vote” campaign to raise civic awareness. The newlyweds are also making plans to assist wrongfully convicted individuals seek justice who “don’t have the resources or the blessings that I have been blessed with,” Irons said.

As for whether Moore plans on resuming her basketball career, she said she hopes to have her next steps in place come springtime.

“Right now, I’m really just trying to breathe from this long, long battle and enjoy and rest and, you know, again, just being in the moment,” she said.

To wrap up the interview,  Roberts revealed her company, Rock’n Robin Productions, and ESPN Films are collaborating on a documentary about the couple’s story.