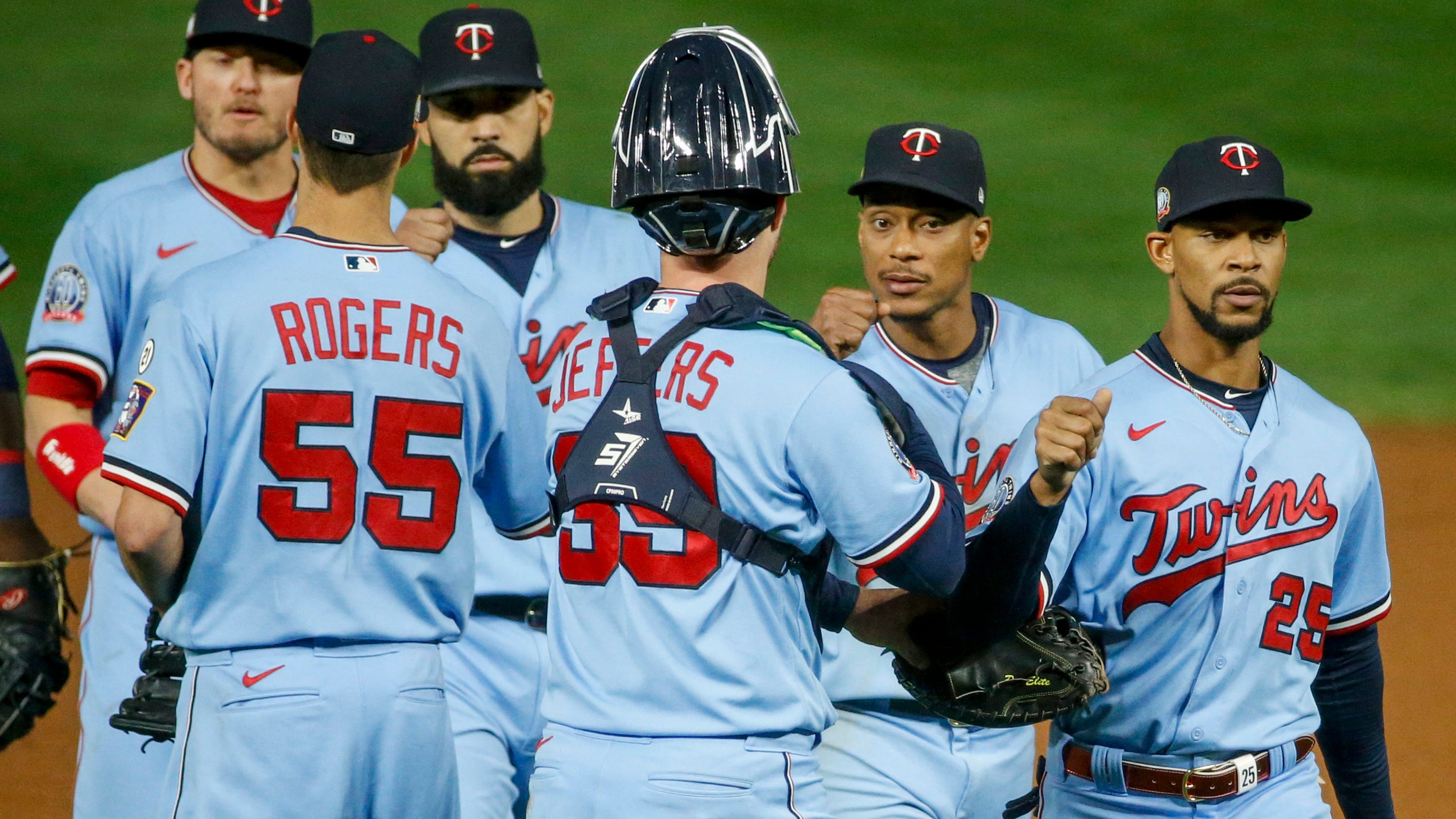 Through it all – disease and disaster, injuries and insolence – Major League Baseball is on the doorstep of completing its 60-game season.

Just 13 days remain in this sprint through a pandemic, and while not everyone will hit the desired 60-game mark, it’s nearly safe to say they pulled it off.

Just know that it was a bit more taxing than it may appear.

Sure, the statistics in a 60-game season look laughably skinny – just multiply by two or three and they may look normal – and aces’ arms may not be as extended after 13 or so starts than after 33 starts.

But the mere act of getting this campaign off the ground – from the long wait, to a second training camp, to the wholesale disruption to routine in a sport inextricably wedded to it – has made this appetizer of a season feel like more than a full meal.

(Pre-packaged, distributed at social distance and enjoyed in isolation, of course.)

“It feels like 162 right now,” says Atlanta Braves manager Brian Snitker, whose club has been among baseball’s most fortunate – no coronavirus-related postponements, just three traditional rainouts.

“Actually, it doesn’t feel like a shortened season, for the mental grind everyone has had to go through and change. Being on lockdown for those 30 days on the road – it’s hard to get out, there’s nothing going on, the time at the ballpark is (limited).

“It’s been a grind. It doesn’t feel like we just started in July.”

Certainly, the the physical and mental capital poured into the season began much earlier than the July 3 report date for “summer camp.” A month of spring training gave way to the mid-March industry shutdown, followed by varying modes of quarantine and trying to train within those parameters.

Then came summer camp, which brought dozens of positive COVID-19 test results upon intake, and then, finally, a season.

At this point, all teams have played between 43 and 49 games, but the numbers belie the tumult. While the Marlins and Cardinals had the largest in-season coronavirus outbreaks and thus the most related postponements – eight and 15 games, respectively – the virus’ tentacles run deep.

Twenty-one of 30 teams have had at least one game postponed due to COVID-19 concerns, and all 30 teams have had postponements, be it related to the pandemic, the weather or to protest the shooting of Jacob Blake by Kenosha (Wisc.) police.

So, an abbreviated season automatically gets longer.

Standing still for a week – or worse yet, quarantining in a hotel far from home while teams are tested and contact-traced – is an undeniable reminder of this season’s rules of engagement. Yet even on game days, the signs are constant.

In better times, many players, managers and coaches are practically clubhouse rats, eating most of their meals there and preparing to play in their designated sanctum. Now, there are no noon arrivals for 7 p.m. games. No lingering after.

And fewer avenues to kill the suddenly extended period of time away from the park, be it home or road.

“You have to remember protocols and look to see if you’re spitting in a tube that day,” says Brewers starter Brett Anderson, referring to the oral COVID-19 tests, “and just not being able to get away from some of the baseball stuff on the road.

“You just want to go out walking or shopping and it’s kinda taxing.”

Twins reliever Tyler Clippard has never been a clubhouse loiterer, preferring to explore his road climes or spend time on the golf course, anything, as he says, to “get away from the game.” With those avenues cut off as teams aim to keep players hotel-bound to limit virus exposure, he makes do with what’s available.

Yet Netflix and movies, FaceTiming with family members and video games kill only so many hours.

“The off-the-field stuff has been very challenging,” says Clippard, who has posted a 0.93 WHIP in 19 innings out of the bullpen for the second-place Twins. “It definitely feels a lot longer than 60 games, for sure. Does it feel like a full season? Maybe not physically, because we haven’t had the same workload.

“Mentally, for sure. Everything we had to go through in the shutdown and building back up, that’s what makes this season feel like it is September, that the playoffs are coming, that it is the end of the season. The positive part of that is we’re more prepared, physically, for what’s hopefully a long stretch run in the playoffs.”

Therein lies the upside of the short-but-long season – the tangible reward does, in fact, arrive sooner.

A record 16 teams will qualify for these expanded playoffs, leaving open the door for a surprise or debatably worthy team to advance to the World Series, or perhaps even win the championship.

Those sentiments will at least initially be tabled in a year where every game day feels like a gift, even if the subtext feels a bit morbid.

“The anxieties of this season? I don’t think we’ve seen anything like this before,” says Twins manager Rocco Baldelli. “And you never want to say, ‘Hey, this is the most challenging time in the history of…’ I’m not going there. But you probably couldn’t have more stress than what a lot of people here have had to deal with here this year. Just like everyone else in society.

“It’s been a tough year, in some ways a rewarding year. We want to finish this year out and be able to look up at the end and see which team wins and feel good about it and how we all handled it. And I think we can all be proud so far of how we handled it.”

Baldelli’s team has been fortunate – the Twins have had no COVID-19 related postponements. Yet it saw how fragile the operation is firsthand, when they were the last team to play the Cardinals before St. Louis was shut down by the first of what became a rash of positive COVID-19 tests.

So on July 30, before continuing a series with the Indians, staff and players alike streamed in and out of Target Field for rapid, point-of-care testing. All were negative, and the Twins played that night, and they’ve stayed physically healthy ever since.

The mental part is another challenge, albeit one that if properly mitigated will only make any October success even more meaningful.

Even if teams only played 60 games – or less – to get there.

“Winning a championship in 2020 would be amazing, would be incredible,” says Clippard, who has pitched in three playoffs, reaching the 2015 World Series with the Mets. “I think it would probably be one of the hardest championships to win in the history of baseball, with all the teams in the playoffs, with everything that’s gone on off the field in 2020.

“The difference in lifestyle and mental fortitude and grind every player has had to go through – it would make it all that more special.”