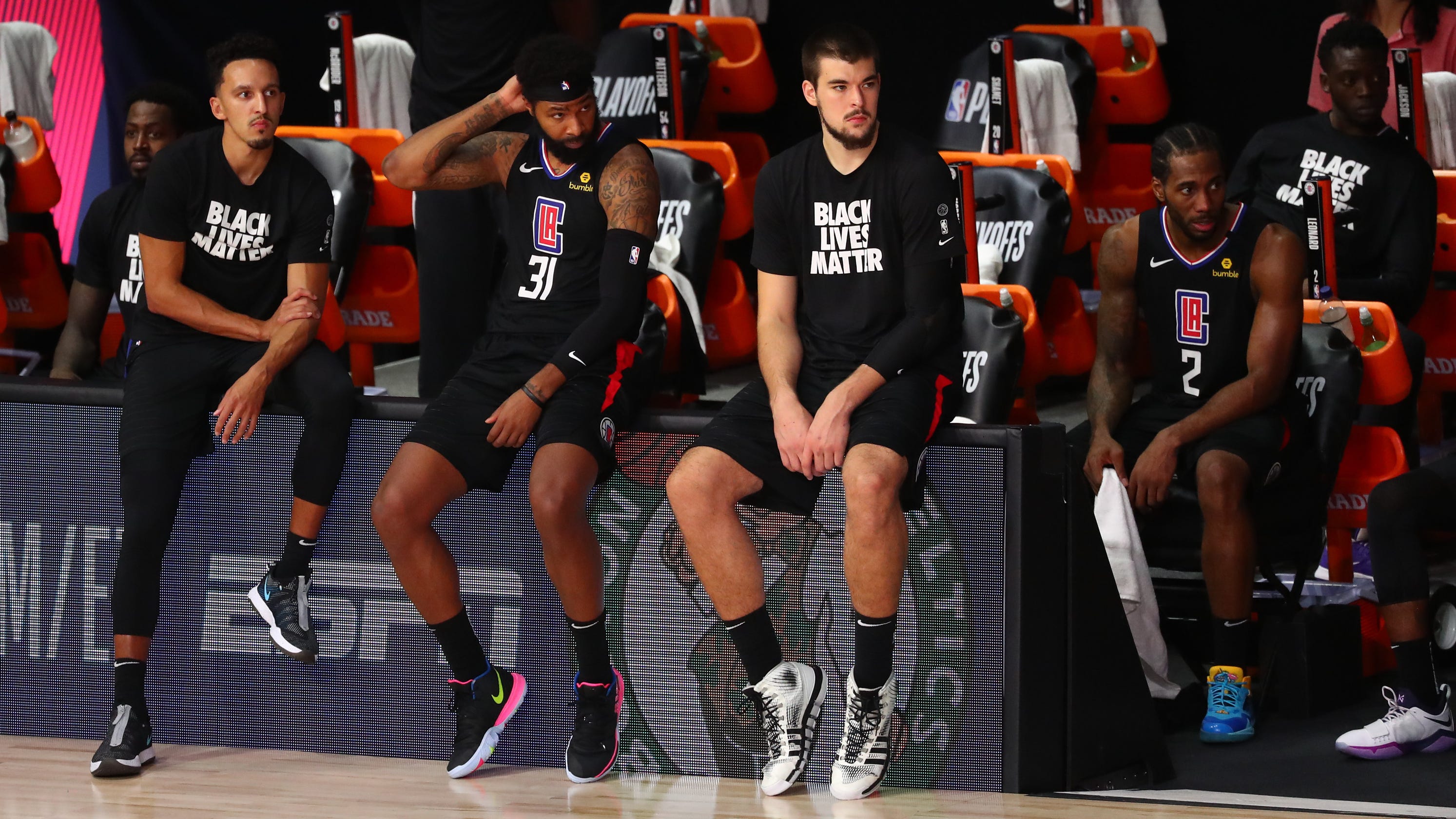 Clippers fall short of their goals with stunning collapse vs. Nuggets

LAKE BUENA VISTA, Fla. — The Los Angeles Clippers’ collapse was epic, a failure as stunning as it is disappointing.

It began in Game 5, when they had a chance to eliminate the Denver Nuggets but blew a 16-point lead.

The meltdown continued in Game 6 with the Clippers fumbling a 19-point lead.

And it culminated in Game 7 with the Nuggets seizing control in the third quarter and demoralizing the Clippers in the fourth.

Denver became the first team in NBA history to overcome a 3-1 series deficit twice in the same postseason with a 104-89 victory over the Clippers in the final game of this Western Conference semifinals on Tuesday.

The Nuggets are a wonderful story.

The Clippers are not.

They were a team built to win now. They signed Kawhi Leonard in free agency, acquired Paul George in a trade and gave up valuable assets to do so.

“I’m the coach, and I’ll take any blame for it, but we didn’t meet our expectations, clearly, because if we had, in my opinion, we’d still be playing,” Clippers coach Doc Rivers said.

The Los Angeles Clippers sit on the sidelines during the second half of their Game 7 loss to the Denver Nuggets. (Photo: Kim Klement, USA TODAY Sports)

A Clippers-Lakers conference finals was an obvious prediction. It had all the makings of a dramatic series, but George offered a curious comment.

The blame can be parsed out. Rivers tried to shield his players from a majority of it.

But in a Game 7, a team needs to count on its top players to perform, and that didn’t happen. Kawhi Leonard, a two-time Finals MVP, was 6-for-22 from the field, and George was 4-for-16.

The Clippers’ two best players combined to score 24 points and shoot 26.3% from the field, and they didn’t score a point in the fourth quarter – 0-for-11 from the field.

They didn’t help though, and the team showed little fight as the Nuggets exposed the Clippers’ defense with precision offense, especially in the second half. That might be the most damning aspect of the loss. Denver knew it had the Clippers beaten, and Nuggets guard Jamal Murray said he knew it in Game 3.

Jamal Murray outscored both Kawhi and PG in Game 7. pic.twitter.com/IdFhyRJbt1

How Nuggets got here: Denver is the most joyous team in the NBA bubble

Rivers didn’t want to make excuses, but he had reasons for the early exit. George and Leonard played just 37 regular-season games together. Montrezl Harrell missed 30 days inside the bubble to be with his family after the death of his grandmother. Lou Williams and Patrick Beverley missed two weeks of bubble time.

“Some of that came back and haunted us,” said Rivers, a championship coach whose teams have now blown three 3-1 series leads. “I thought conditioning, we kept having to take guys out because they were tired. We’re in the playoffs, and you had to do it. Guys were asking to come out. But that’s not typical for Game 7, but it is what it is. You had to do it. I thought it hurt our rotations at times.”

Perhaps, it was just a culmination of factors.

Earlier this season, The Athletic wrote a story detailing the Clippers’ chemistry problems. The organization was irate.

Yet, after the game, Clippers guard Lou Williams used the word chemistry five times. “Talent bailed us out, chemistry it didn’t,” he said. “In this series, it failed us.”

“Internally, we’ve always felt, this is not a championship-or-bust year for us,” he said. “You know, we can only get better the longer we stay together and the more we’re around each other. More chemistry for the group, the better. I think that’s really the tale of the tape of this season. We just didn’t have enough time together.”

Even Leonard used the word. “That’s what championship teams have, chemistry,” he said.

But how much time do they have to develop that chemistry? Harrell is a free agent after the season. George and Leonard, though both Southern California natives, can become free agents after next season.

In the NBA, a championship window is never open for as a long as team thinks it will be.