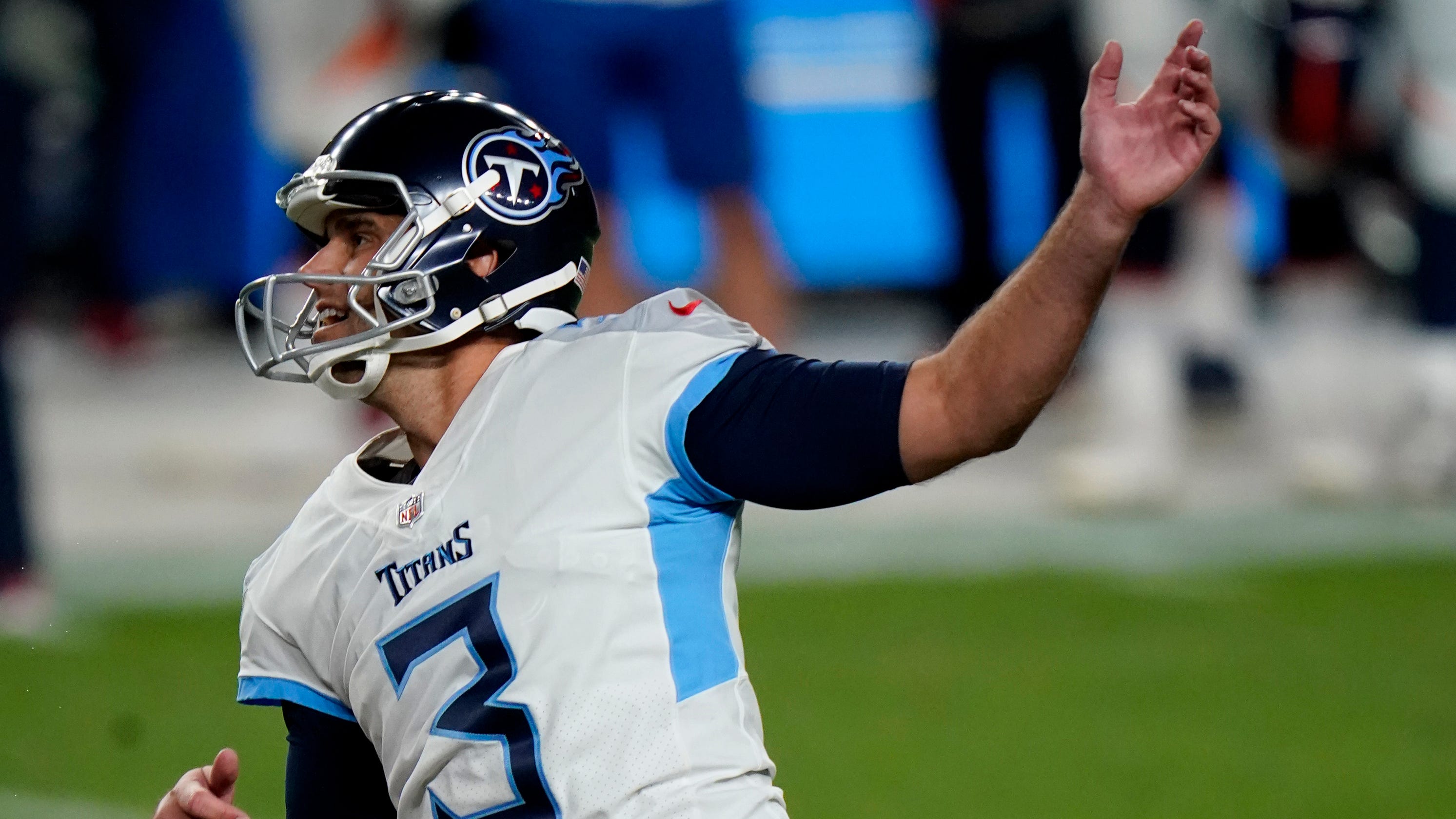 Is Stephen Gostkowski the answer for kicking woes?

DENVER — Stephen Gostkowski, with his Tennessee ties and new home in Franklin, said there was something serendipitous about the way his career brought him to Nashville.

“It just lucked out for me that there was an availability to play here,” Gostkowski said on Sept. 7 about joining the Titans, who also must have felt fortunate to acquire a four-time Pro Bowler, a three-time Super Bowl champion and the league’s fifth-most-accurate kicker of all time as a solution to their historically bad kicking woes.

It took only one game into his Titans career – three quarters, actually – for that to change. In Tennessee’s 16-14 season-opening win over the Denver Broncos on Monday, Gostkowski, who played collegiately at Memphis, became the latest agita-inducing kicker to don the two-toned blue. The 36-year-old missed on kicks from 47, 44 and 42 yards away. He missed wide left on one, wide right on another and had another attempt blocked.

And then he redeemed himself. Kind of.

Gostkowski’s 25-yarder with 17 seconds left was the game-winner and shifted the tone of his postgame interview to some degree.

“It’s definitely an opportunity I didn’t deserve,” said Gostkowski, who also missed an extra point Monday, “but grateful I got it for the team.”

It was Gostkowski’s 205th career regular-season game – and his first with three missed field goals.

And his place on the all-time list for most-accurate kickers? Down four spots to No. 9.

For the Titans, this was no isolated incident. Their kicking nightmare stretches back to Week 5 of last season, when Cairo Santos went 0-for-4 on field-goal attempts in a seven-point loss to the Bills. By season’s end, the Titans, who went through five different kickers in 2019, had an 8-for-18 mark on field goals, the worst conversion rate since the Bills hit 42.3% of their kicks in 1983. They became the first team since the 1999 Cleveland Browns – who went 2-14 and averaged a league-worst 13.6 points – to convert fewer than 10 field goals in a season.

Stephen Gostkowski made one of his four field goal attempts, and missed an extra point, in the Titans’ win Monday night. (Photo: David Zalubowski, AP)

Gostkowski, who has ties to Titans coach Mike Vrabel and general manager Jon Robinson going back to their time with the New England Patriots, was billed as the answer.

Through one game, that hasn’t been the case.

If the Titans look to go in a different direction at kicker, Tucker McCann is the only in-house option. The undrafted rookie competed with Greg Joseph during training camp for the kicking role before being relegated to the practice squad as the team signed Gostkowski.

Vrabel on Tuesday said he would consider carrying two kickers into the team’s Week 2 game against the Jaguars on Sunday (noon, CBS) at Nissan Stadium, as the Titans did at one point last year with kickers Ryan Succop and Ryan Santoso.

“I’m sure we’d consider a lot of possibilities with the 48 players that we have available to us on the game day,” Vrabel said. “That would be something that we would always consider. It’s whoever gives us the best chance each and every week.”

As for Joseph, a late-season acquisition in 2019 who was perfect on extra points and hit his only field-goal attempt in the postseason? He’s now on the Buccaneers’ practice squad and will remain with Tampa Bay for at least another week after the team designated him as one of its four protected practice squad players.

“With the performance of kickers around the League this weekend I’d say it’s a smart decision,” Brett Tessler, Joseph’s agent, said Tuesday on Twitter.

Veteran kicker Stephen Hauschka, whom the Titans reportedly brought in for a tryout late last month, is a potential option in free agency.

For now, though, Vrabel has indicated he’s sticking with Gostkowski, who ranks 15th all-time with 375 regular-season field goals and is signed to a one-year, $2.75 million deal. After Monday night’s game, Vrabel said he was confident the kicking issues would be corrected. On Tuesday, he said, “(we) have a lot of faith and confidence in Stephen moving forward.”

But the Titans’ third-year coach knows there’s little he can do himself to help his kicker.

“I think that for a guy that’s a career 87% field-goal kicker, who’s done it as long as he has,” Vrabel said, “I think a lot of those corrections are going to be on him.”