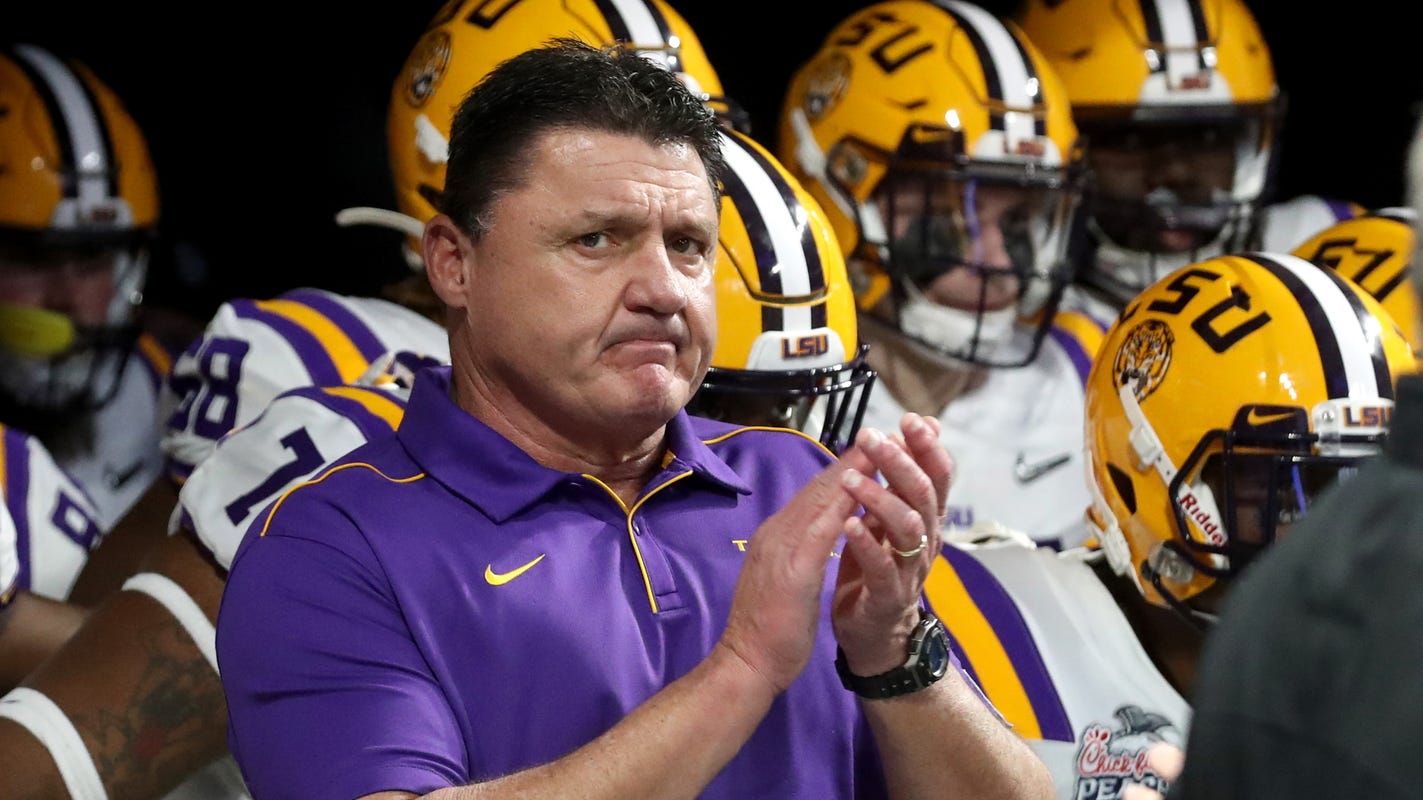 The truth about what has gone on at college football programs over the past few months in pursuit of playing this fall has started to dribble out into public view. It’s not a flattering picture.

Texas Tech has had 75 players test positive for COVID-19 since June. LSU coach Ed Orgeron casually mentioned to reporters Tuesday that “most of our players have caught it” while adding he hopes they don’t catch it again. Memphis had to postpone its game against Houston scheduled for this weekend because of a significant number of cases that popped up following its season opener against Arkansas State, which has now subsequently had to postpone a game against Central Arkansas. Oklahoma coach Lincoln Riley acknowledged that the season opener against Missouri State last week was in jeopardy.

And those are just the ones we’ve learned about in the past few days.

So, uh, why exactly did Big Ten presidents get so much grief over canceling fall football that have been browbeaten into possibly changing their minds?

LSU coach Ed Orgeron said Tuesday that, “Most — not all of our players — but most of our players have caught” COVID-19. (Photo: Jason Getz, USA TODAY Sports)

It’s not like we’ve gotten a lot of great news on the COVID-19 management front since the season started a couple weeks ago. Just in the past handful of days, three more games were postponed. Last weekend, several schools had to play games without big chunks of their rosters. It’s every bit the logistical mess we knew it was going to be.

But it’s also clear now that the only bar for playing college football this fall was that as long as nobody dies from COVID-19, it’s fine. We should all be grateful it hasn’t come to that.

What does it say, though, about the collective culture of college football that the Big Ten and Pac 12 — which initially canceled football this fall because they prioritized caution over dollars — were widely viewed by their own coaches as making bad decisions while LSU’s coach is bragging because he thinks he’s got herd immunity in his locker room

What does it say about the higher education model that college presidents who did not want to put athletes at greater risk until there was a way to actually contain COVID-19 within their programs got worn down by angry tweets and political games?

Let’s get one thing clear here. College football players getting COVID-19 en masse is not in any way, shape or form a good development. Even setting aside the unknown long-term impacts of this virus, which are concerning enough on their own, there’s a public health responsibility for all of us not to spread it so that lives will be saved and one day we can all get to the other side of this awful pandemic.

If most of a college football locker room gets COVID-19, that’s not a competitive advantage. It’s an ethical abdication, a public health failure and an unnecessary risk.

We shouldn’t have been bashing the Big Ten while celebrating LSU and Texas Tech. We should have been asking who needs to lose their jobs.

Yet here we are possibly on the brink of seeing the Big Ten gear up for play again and nobody has even the slightest concern about whether being pushed to play this fall is really the right thing to do? Doesn’t the evidence suggest that they were right all along to take this very slowly?

It sure doesn’t feel like that’s what the narrative is going to be.

Perhaps the Big Ten did not need to announce on August 11 that the entire fall semester was off the table, but it was not wrong in seeing the dangers of trying to prepare for a season while the infection numbers were surging and the testing infrastructure was being stressed. Maybe their rollout of that decision was clumsy, but the instincts to put a pause on football until conditions were better seem far more noble than schools that clearly weren’t concerned whether their players got the virus as long as it wasn’t in the middle of the season.

Instead of worrying about whether the Big Ten was falling behind, the question we should be asking as we learn more about the actual infection numbers is how seriously has college football really taken COVID-19?

Even when a conference tried to do the right thing and just wait a few months, the culture of the sport was so intense that the push back overwhelmed administrators who know better. Now, if past is prologue, it seems reasonable to wonder whether more football players are more likely to get COVID-19 from their teammates. Does that matter? Should it? At LSU and Texas Tech and many other schools whose numbers haven’t been made public, apparently it wasn’t important enough to stop.

Maybe the imminent ability to conduct daily testing is what saves this whole enterprise. Within the next month, it seems, most schools will have the ability to do rapid testing at their facility that will allow them to see on a daily basis whether someone is carrying COVID-19.

If the Big Ten actually pulls that off, they may end up having a smoother ride with fewer cases than the leagues that are already playing. But instead of scrutinizing schools that had COVID-19 run rampant through their teams, the Big Ten bore the brunt of the criticism simply for being cautious and deliberate.

How screwed up is that?