MAMARONECK, N.Y. —  A man with 15 major championship victories to his credit grows accustomed to playing venues that hold positive memories. For Tiger Woods, that is both blessing and curse.

Woods delivered what are arguably the two most iconic performances we’ve ever seen at the game’s two most iconic venues, Augusta National and St. Andrews, but he is doomed to be forever judged against the sublime young talent he once was, with scant allowances for the bruised but still vital legend he has matured into.

Winged Foot, on the other hand, is that rarest of fabled major venues: one where Woods’ record is undistinguished, though not quite forgettable. In the last U.S. Open contested here in 2006, he missed the weekend cut in a major for the first time in his professional career with a pair of 76s. That Open had been his first start after the death a month earlier of his father, Earl, a memory Woods revisited on Tuesday.

Woods bounced back pretty well from that missed cut, winning ’06’s two remaining majors at the Open and PGA Championship. Those were, respectively, the 11th and 12th major victories of his career. There have been just three since, the most recent two being among the most improbable of all: a fifth Masters green jacket in ’19 and, eleven years earlier, his last (to date) U.S. Open title, accomplished on one leg at Torrey Pines. 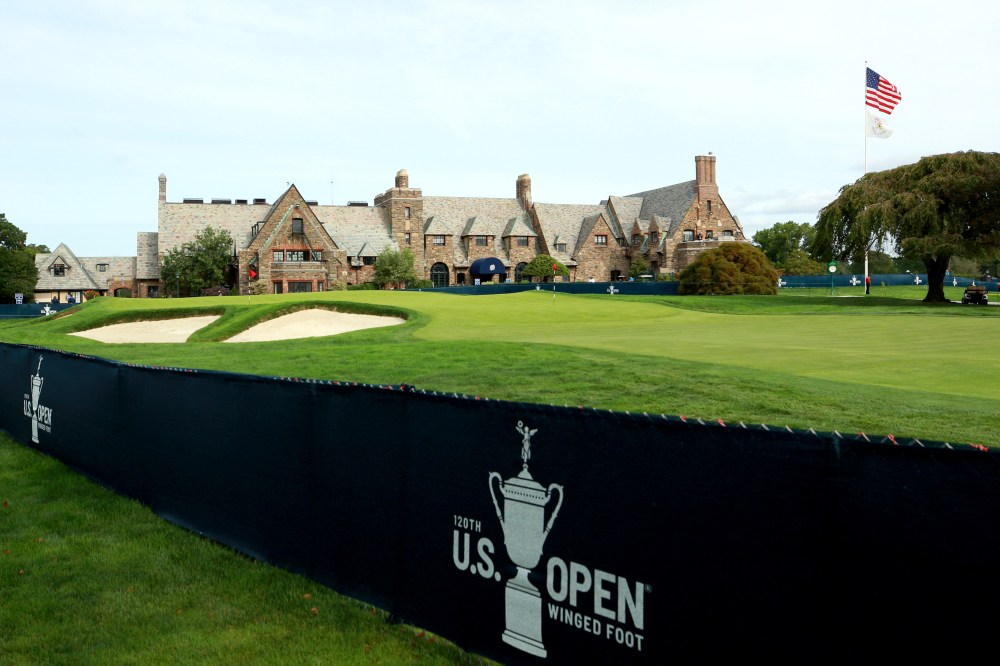 Almost a decade and a half on, Woods is back at Winged Foot, a father himself, his body broken and surgically repaired so often that he bears scar tissue older than some of his fellow competitors. And because of that, he may be as unprepared for this Open as he was 14 years ago. The 44-year-old has made just four starts in the past seven months, his best finish a tie for 37th at last month’s PGA Championship in California.

But walking legends — or at least limping ones — tend not to see a lack of reps or form as the impediments mere mortals might.

“When I won the Masters last year, I was not feeling particularly well prior to that. My neck was bothering me,” he recalled. “Then all of a sudden I put myself in contention and I wasn’t really — I wasn’t leading but I was near the lead, and each day I progressively got a little bit better, and come Sunday, I put all the pieces together.”

It has been a decade since Woods cracked the top 10 in the U.S. Open, the major that most harshly punishes the waywardness that has bedeviled him in recent years. It’s the only major in which he has not contended in that time. He admitted doing so this week at Winged Foot won’t be easy.

“I think it’s right up there next to Oakmont and I think Carnoustie as far as just sheer difficulty without even doing anything to it,” he said of the celebrated course 30 minutes drive north of New York City. “I think those three golf courses, they can host major championships without ever doing anything to them.”

That sense of foreboding about the challenge ahead is commonplace in the locker room, even among the younger generation who have not competed here before. Lore holds that the infamous ‘Massacre at Winged Foot’ in 1974, when Hale Irwin was the last man standing at 7-over-par, was a USGA overreaction to Johnny Miller’s record-breaking final round of 63 a year earlier at Oakmont. World No. 2 Jon Rahm showed familiarity with that history when he was asked Tuesday about a winning score. “I know they’re going to make some extra effort to be over par, and knowing this golf course and the history, they have a reputation to maintain,” he said wryly.

While Woods has no real history to speak of at Winged Foot — his only other appearance was a T-29 finish at the 1997 PGA Championship, his first full season in the pro ranks — it’s a safe bet that he still believes he can make some. But any Sunday charge he can muster will be a silent one, not fueled by the spectators who have long amplified his every birdie for challengers to hear.

“I miss the energy and just the positiveness that the fans bring and just that electricity,” Woods said. “That’s something that I’ve been playing in front of for over two decades. What we’re dealing with right now is not what we all want, but it’s our reality, and it’s the energy that’s just not quite the same without the fans.”

No fans, sure, but still the same nasty old Winged Foot. That much never changes.

Acceptance is the first part of the puzzle in a U.S. Open. And while there is no metric to measure Strokes Gained: Patience in golf, there is plenty of evidence that it’s an area in which Woods has few equals. The meanest course in recent Open history might be just what he needs to replace those painful memories of 2006 with the same positive vibes he has most everywhere else.

U.S. Open: Rough at Winged Foot could be 5 or 6 inches by the weekend