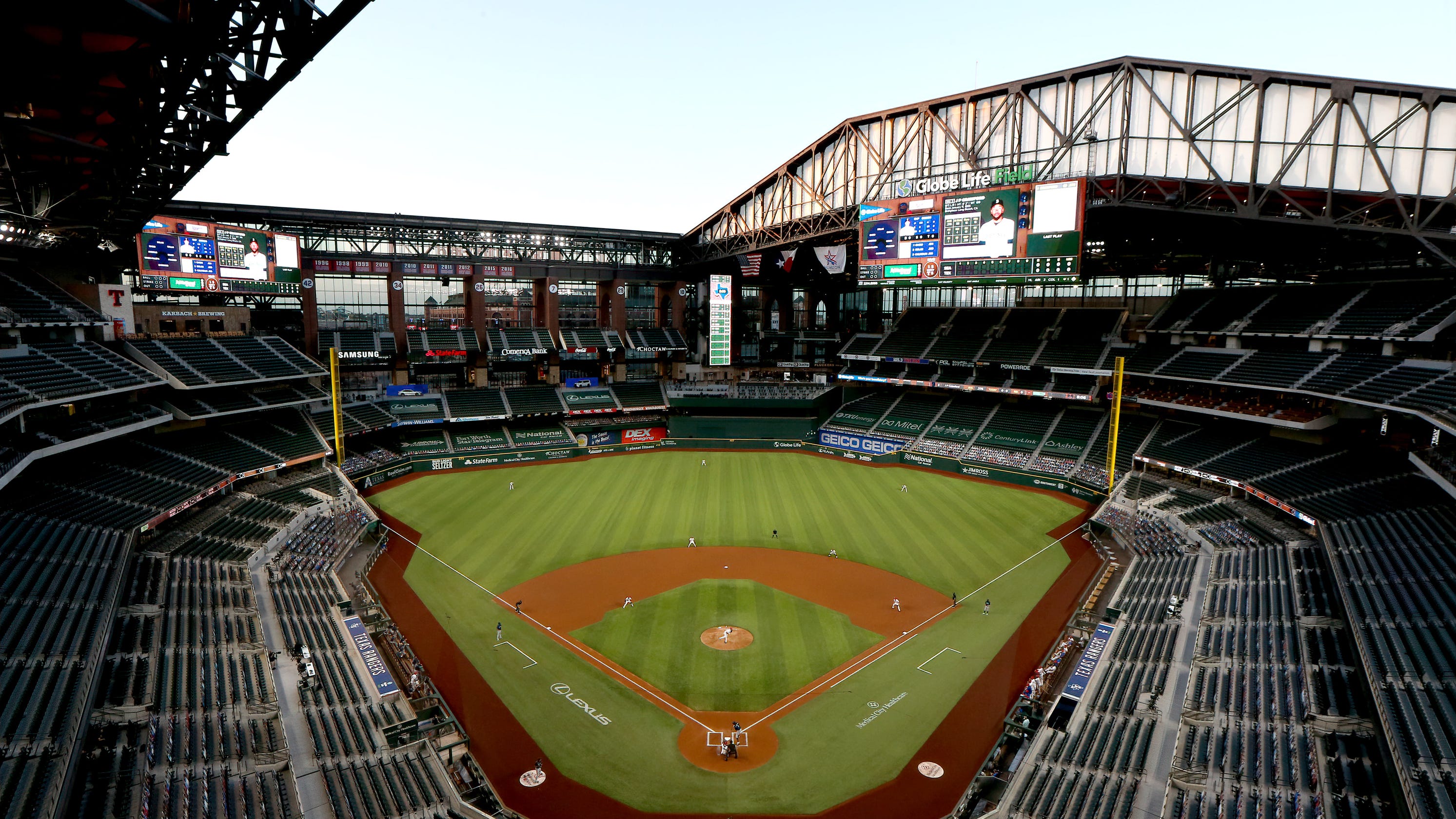 This most unusual baseball season will end in a predictably unusual fashion.

The pandemic playoffs will be like nothing Major League Baseball has ever staged, what with single sites for its jewel event, virtually no off days and a pair of couch-worthy days of hardball gluttony during the expanded first round.

Ostensibly, the focus will be on safety, which is why the MLB finals will be staged at a single site, North Texas’ Globe Life Park, for the first time since 1944. Even as commissioner Rob Manfred entertains the thought of inviting fans for the final two rounds, mitigating the coronavirus will largely frame the league’s actions as they vie to rake in $787 million in revenue from their broadcast partners.

So, what does that mean for this 16-team lottery? A brief and admittedly incomplete guide to October baseball, 2020-style:

As you probably know by now, eight teams each from the American and National leagues get in, and will compete in three-game series contested entirely at the home of the higher seed. The AL goes Sept. 29-Oct. 1 and the NL Sept. 30-Oct. 2.

The winners advance to Division Series matchups as follows:

Have you done the math on those dates, yet? Did you notice that there are exactly zero off days in the first round, Division Series and LCS rounds?

Yes, in the name of expanding the playoff field and, perhaps, building in some wriggle room in the event of delays caused by COVID-19 testing, tracing and isolating, the lack of travel means no travel days.

So, say goodbye to the notion of Lucas Giolito or Hyun-jin Ryu or Sixto Sanchez or any other aces starting a near-majority of their teams’ early-round games. No, depth will be the name of the game, with starters limited to just one start in the opening and Division Series rounds, with the possibility of starting Games 1 and 6 of an LCS.

Sure, it’s possible to pitch on three days’ rest, but with pitcher injuries rampant, an extra round of playoffs to navigate and everything about this season compressed, that seems a risk most teams would be unwilling to take.

Teams, then, will have to lean on their No. 4 starter nearly as much as their ace, and drop the notion of bringing back starters out of the bullpen; the Washington Nationals’ 2019 gambit of leaning heavily on six pitchers to win a championship will be virtually impossible this year.

It will also affect bullpen-reliant teams, too, what with no off days for those power arms to recharge. The biggest winners in this format? Probably clubs like the Rays, Dodgers and Athletics, who do not have a Gerrit Cole on staff but do feature excellent arms in the rotation and bullpen both, giving them a chance to win every night.

Even without a break.

As in, are you ready for an octuple-header?

So it shall be on Sept. 30 when, assuming the weather and infectious diseases cooperate, eight playoff games will be staged: Four Game 1s of the NL first-round series and four Game 2s in the AL. Another eight-pack could be in the offing the next day, should all four AL series go the distance.

With ESPN televising seven of the eight first-round series, they may actually have to trot out The Ocho.

For those more accustomed to Division Series quadrupleheaders, fear not. In fact, there could be four straight days of ’em.

Oct. 6 and 7 will feature Game 2 and 3 of the ALDS and Game 1 and 2 of the NLDS. If all the series somehow go the distance, there’ll be two more quadrupleheaders on Oct. 8 and 9.

This year started with the commissioner calling the trophy bearing his name “a piece of metal” and continued with many traditionalists wondering about the value of a championship played after a 60-game regular season, and with just about any team .500 or better getting in.

Looking at the format, it’s clear any team that survives this crucible will have earned the championship. Certainly, it may carry greater weight if it’s one of the many teams playing better than .600 ball this summer, or clubs that have been consistently good in recent years.

Or, getting back to the Dodgers and Rays and perhaps the Yankees, preferably both.

Either way, whoever gets handed the trophy at Globe Life Park will have earned it – even if it looks nothing like the sport has ever seen.