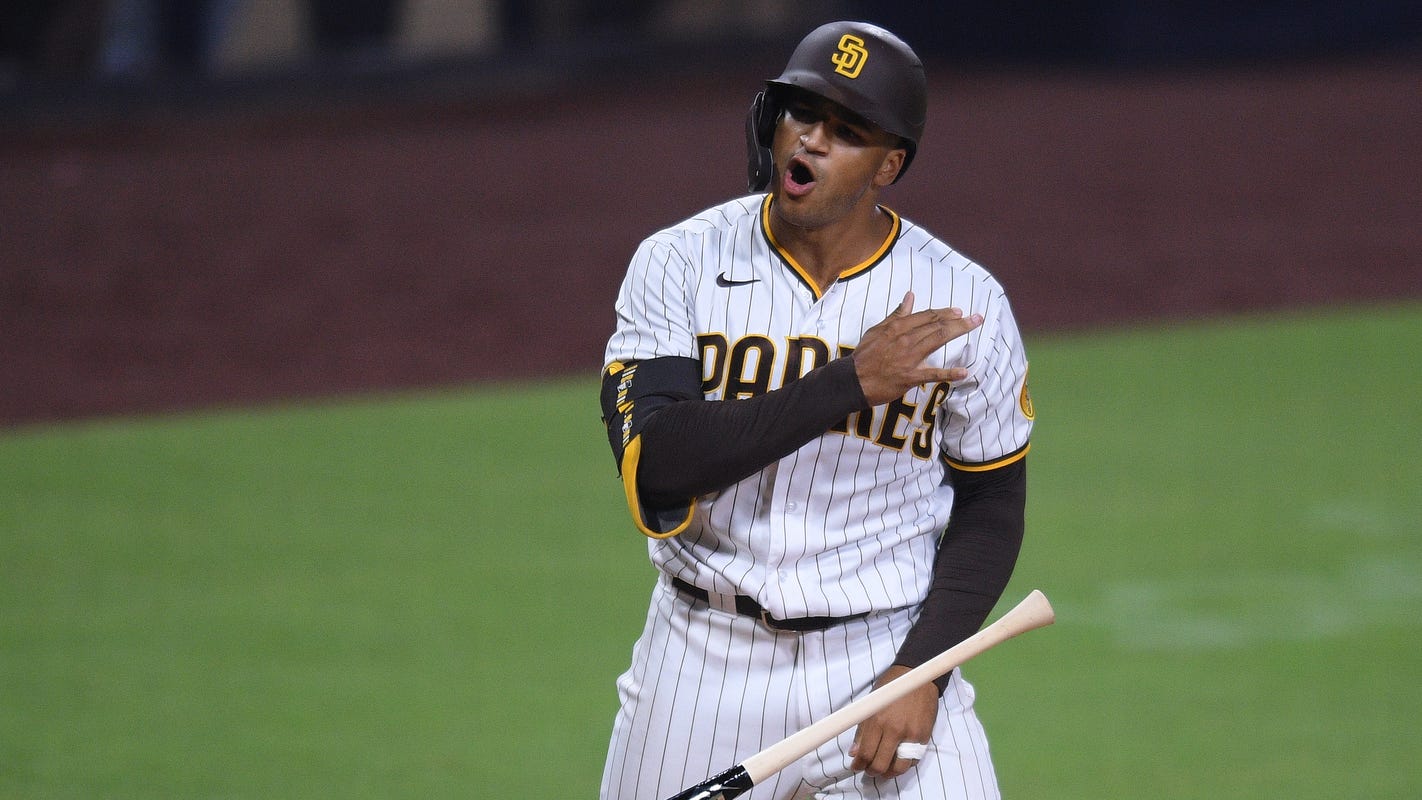 Not only have the San Diego Padres established themselves as one of baseball’s most exciting teams during the 2020 season, they’ve also succeeded in angering opponents while racing to the National League’s second-best record.

Grisham took a moment – or two – to admire his work and turned toward the Padres dugout before rounding the bases. During his trot, several Dodgers began chirping him between third base and home plate; Grisham exchanged words of his won.

“On this stage, against that pitcher, I’ve never hit a bigger home run,” Grisham said, adding: “We looked forward to this series. It is one of the biggest series of the year. The look in the dugout was, ‘Let’s go, let’s pick it up. Let’s get after it and go get this game.’”

I’m all for making the game fun and exciting, but there’s a line you don’t cross when showing up the opposing team.

Trent Grisham for whatever reason thinks he’s bigger than the game pic.twitter.com/TfZIVMap4N

The Padres scored five runs in the next frame to take the lead. They trail the Dodgers by 1.5 games in the NL West.

Kershaw did not say much about the homer: “I’m not going to worry about their team. Let him do what he wants.”

His manager, Dave Roberts, said a pitcher of Kershaw’s pedigree deserves a different level of reverence, though.

“I don’t mind guys admiring a homer; certainly it’s a big game, big hit,” Roberts said, per MLB.com. “(I) really like (Grisham). But I just felt to overstay at home plate, against a guy like Clayton, who’s got the respect of everyone in the big leagues for what he’s done in this game, I just took exception to that. There’s a certain respect that you give a guy if you homer against him.”

Earlier this season, Texas Rangers manager Chris Woodward took offense to shortstop and NL MVP candidate Fernando Tatís Jr. driving a grand slam on a 3-0 pitch when the Padres were already leading by several runs. That swing, however, catalyzed MLB history as the Padres became the first team to homer in four consecutive games.

And as the Padres head to the postseason for the first time since 2006, don’t expect them to change their style.

“It was a big moment in the game, and it was a huge hit,” Padres manager Jayce Tingler said of Grisham’s homer. “It got us fired up, and we have fun. We play the game right, we respect the game, but we’re going to have fun, and we’re going to pull for one another. To us, that’s all it is.”