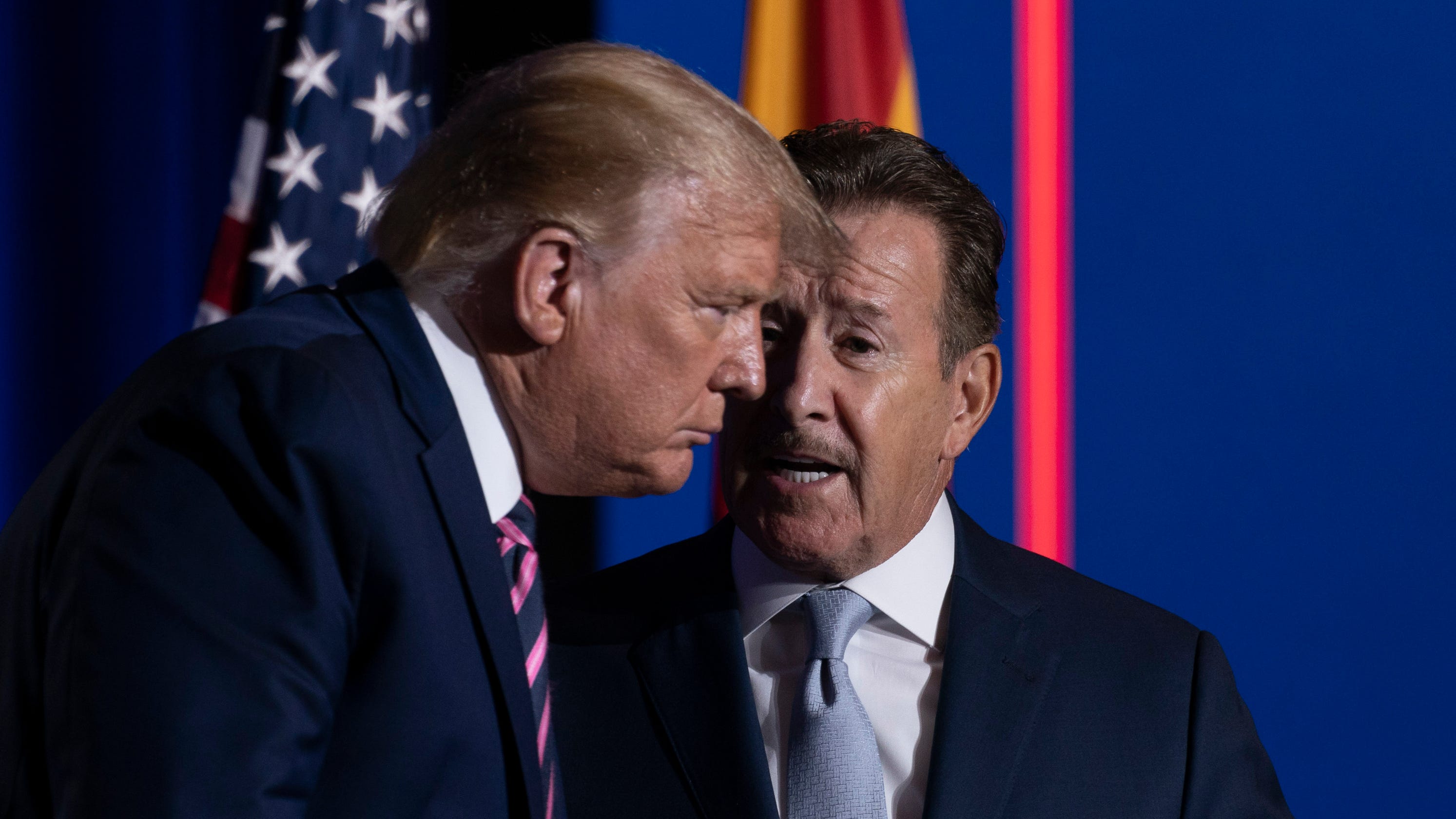 In a year where the apolitical sports figure is increasingly an endangered species, Los Angeles Angels owner Arte Moreno on Monday jumped into the fray – publicly reiterating his support to incumbent President Donald Trump.

Moreno, the former outdoor advertising magnate, was among the speakers at the president’s “Latinos For Trump” event in Phoenix, and the fourth-generation Mexican American said Trump would boost small-business dreams like the ones he harbored.

“We all know where we’ve been,” Moreno said at the event, according to the Arizona Republic. “It’s necessary to focus on today and the future, and it’s very necessary to vote for President Trump.”

Moreno, a Vietnam veteran who purchased Phoenix-based Outdoor Systems advertising in 1984 and sold it for $8.3 billion in stock in 1999, has long lent his support to Republican candidates symbolically and with his checkbook. He dined with then-President George W. Bush at one of his favorite Phoenix restaurants in 2004, a year after he purchased the Angels, and bonded with the former Texas Rangers owner over beer, politics and baseball.

Donald Trump speaks with Arte Moreno at a “Latinos for Trump” event on Monday in Phoenix. (Photo: Andrew Harnik, AP)

According to Federal Election Committee records, Moreno donated $5,400 to the Trump campaign in 2017. Since Jan. 1, 2019, he and wife Carole have contributed an additional $43,600 to Republican candidates or causes – including matching $10,600 donations to a political action committee for Sen. Mich McConnell in October.

Monday’s event – interrupted on multiple occasions with standing ovations and chants of “Four more years!” – came on Trump’s fifth visit to Arizona in this election year.

Moreno bought the Angels for $184 million and they’re currently valued at nearly $2 billion by Forbes. He and his development company reached agreement in December with the city of Anaheim to buy Angel Stadium and the surrounding parking lots for $325 million.

Last week, the final cash price was announced at $150 million, with the reduced price attributed to Moreno’s agreement to build low-cost housing and parkland on the site.