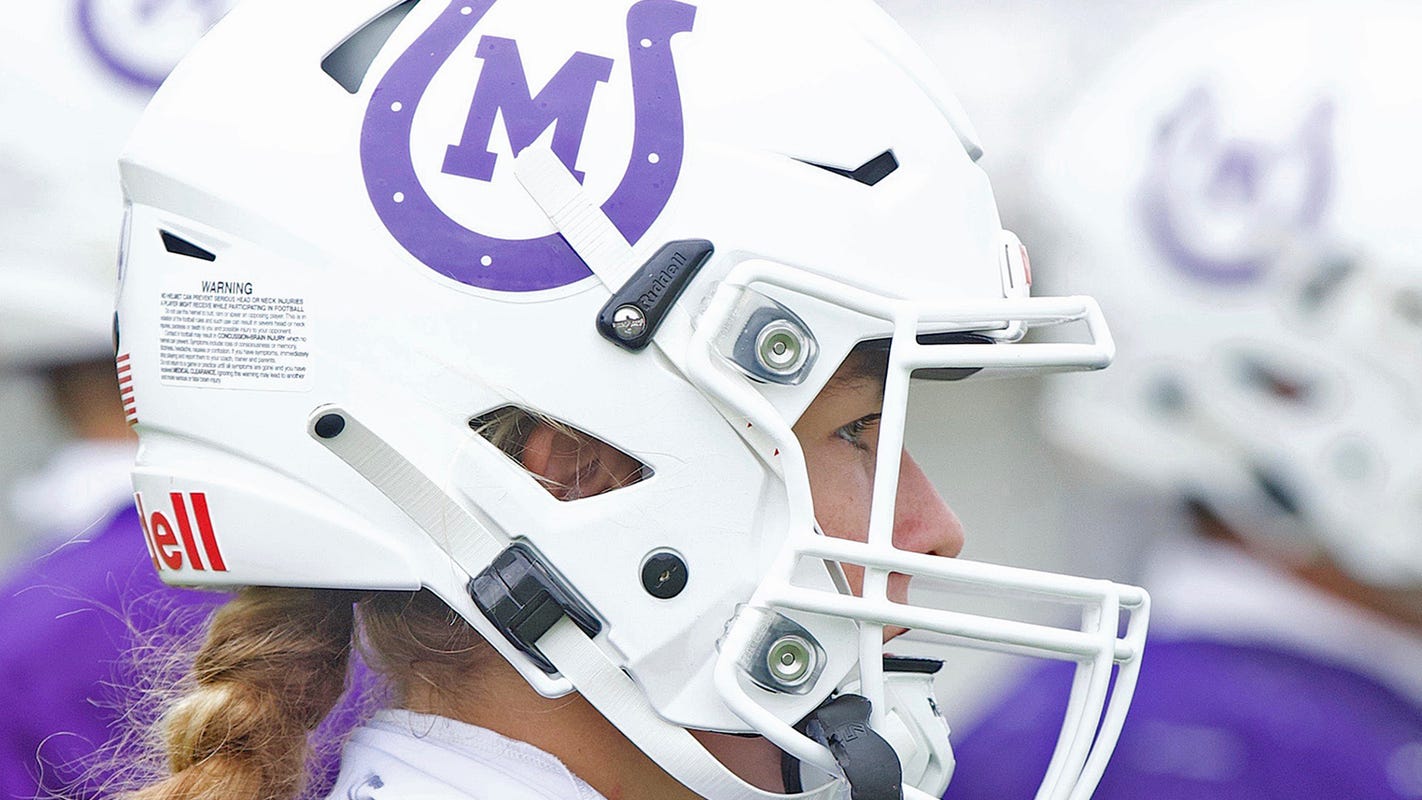 Mason High School’s Tristin Keller made her first varsity start for the Puncher football program. But she was already a game changer.

But not before she joined her brother Tyson as a teammate on Mason’s 2018 state championship football team.

Tristin Keller, now a junior who made her first start for the Mason varsity football team last Friday, has already been a game-changer for the Cowgirls basketball program and a state-meet qualifier in track and field.

But when she alerted her fans with a post on Twitter — “1st Varsity Football start” — it caused a bit of a sensation, to put it mildly. Since Friday’s post, Tristin’s announcement has been liked more than 47,400 times. It generated more than 300 comments and more than 3,000 retweets.

Multiple athletes, boys and girls, from all over the state and country tweeted their congratulations and encouragement.

Former 3A girls basketball player of the year and current player for Angelo State University — Wall’s Sawyer Lloyd — said the reaction was remarkable but deserved.

“I never thought about playing (football), but just seeing a girl taking that chance to come out of her shell to do something like that, a lot of people will look up to her for doing that, and it will also encourage other local girls to not be scared to go try out for it, so it’s really awesome of her to do,” Lloyd said.

Tristin said she was surprised by the social-media reaction, because to the lifelong Mason resident, she’s just doing what football players do in Mason.

A blond braid and a separate dressing room

About the only thing that distinguishes the 5-foot-8, 135-pound Keller from the rest of her football teammates when in uniform is a long, blond braid hanging below her helmet, bisecting the white No. 14 on her purple Puncher jersey.

Oh, and there’s the separate locker room, of course.

“She went to all of his games,” said the father of Tyson and Tristin. “She always wanted to know, she was always asking questions. When we’d watch football, she’d say, ‘Why this?’ and ‘Why that?’ Not even for her position. She wanted to know why a lineman blocked like that. And I think her brother got her into that.”

While Mason girls basketball has made its own name across the state like the Puncher football team, basketball season for boys takes a back seat to football.

Tristin’s freshman year “when Tyson was a senior, it came playoff time and the JV guys get moved up (to the varsity),” Coach Keller said. “We don’t start basketball at all until football is completely done. And we told her, ‘Tristin, what are you going to do?’ And she said, ‘I’m going to move up.'”

The girls were already moving into basketball season, and Tristin was looking forward to joining the then-defending regional champion Cowgirls. But not until football was over.

“If my brother goes to the state championship, I want to be with him on the sideline,” Coach Keller remembers his daughter saying.

Tyson Keller caught a pass and as starting safety, returned an interception 22 yards. On the UIL website where state championship game rosters are listed, there’s No. 6 senior Tyson Keller just above reserve No. 7 freshman Tristin Keller.

“Her brother was an influence. She did idolize him growing up, but I can’t believe she chose to stay with football because she loves basketball. She might love football more. I don’t know,” her father said.

Keller’s future is on the hard court

Women’s basketball at the NCAA Division I level is the future for Keller, who — in the midst of her newfound football fame — also verbally committed to a scholarship offer to Abilene Christian University on Sunday.

“I never really realized how ideal it was for me, until they stepped up and just came right in front of my face and said you should come here,” the all-state point guard said. “The more I looked into it, I was like, ‘Holy cow! My grandparents live (in Abilene), it’s a DI school. The campus is amazing. The people are amazing, very wholesome. And they win.’ Who doesn’t want to win, who doesn’t want to compete for a championship?”

A girl at a Class 2A school being offered a Division I scholarship before her junior season might be as head-turning as her appearance on the football field.

“Talking about it makes me kind of well up, I mean, it’s like a one-in-seven billion chance? How many times does that happen?” Keller said.

In the 2018-2019 athletic season, Keller’s presence in the strong Cowgirl basketball program was felt as soon as she turned her sights away from the football field.

As a freshman, she was a key member of her team’s appearance at the state hoops tourney. That was just a couple of months after the football state title game.

As a sophomore, Keller hit the winning 3-pointer in the regional final to send her team back to the state tourney this past spring.

In between the past two hoops seasons, Keller took fifth place in the pole vault at the state track meet. She was looking forward not only to track and field in the spring of 2020 but to also playing for Mason’s top-flight tennis program.

She played softball for the first time as a freshman after growing up playing youth baseball. In her sophomore year, she had planned to skip softball, but has since decided to take on that third spring sport as a junior.

With football, that makes her a five-sport athlete.

A sister, who is one of the guys, sometimes

Keller said she has a brother-sister relationship with several of her football teammates.

Her father, who said her longtime commitment to the sport made it possible for her to play in high school, was realistic.

“Everything’s going to be different, and you know there’s some guys that might not like it,” Coach Keller said. “And then they get all this camaraderie in the locker room. And before games and after the game, we’re all celebrating and she’s in a whole locker room by herself. You think that’s fun? She doesn’t get the camaraderie part of it until everybody’s dressed.”

“It’s hard when you’re competing for a spot,” she said. “You love ’em to death, but at the same time, you want to be the one at the top and the one that gets to play on Friday nights. It gets competitive, but at the end of the day we’re all on the same team and love each other to death.”

Even as another week of the season rolls around, Keller might not hold onto her spot. It was an illness that moved her from a backup to a starting role, her dad said.

She recorded two tackles in the game against No. 6-ranked San Saba, including one on the first play.

John Keller and his two children were not the only family members on the field that December day in 2018. Sherry Clark Keller, the Mason cheer coach, was a standout multi-sport athlete at Abilene Cooper in the 1990s.

Sherry earned a gymnastics scholarship to a small college in Kansas, where she also played volleyball and basketball.

Tristin said she and her mother have talked a lot, and recently, about the difference in being a teammate with boys and being one with girls.

“Boys crack jokes, but they are serious; they have the fire,” Keller said. “And my mom was like, that’s one thing that is different and you always loved that. I love the girl (teammates), but football has that almost angry-like, ‘You’re gonna sit down and take my hit and like it.’ Girls are more like, ‘Don’t hit me. I’m gonna score on you. Yay, we win.’ Girls can get ferocious, too, but it’s a whole different atmosphere in football. I love it.”

She says playing football has “100 percent” made her a better basketball player.

“I love it. And more and more, girls, women, especially in college, they get that fire. That want-to and determination and intensity. And I love it,” she said.