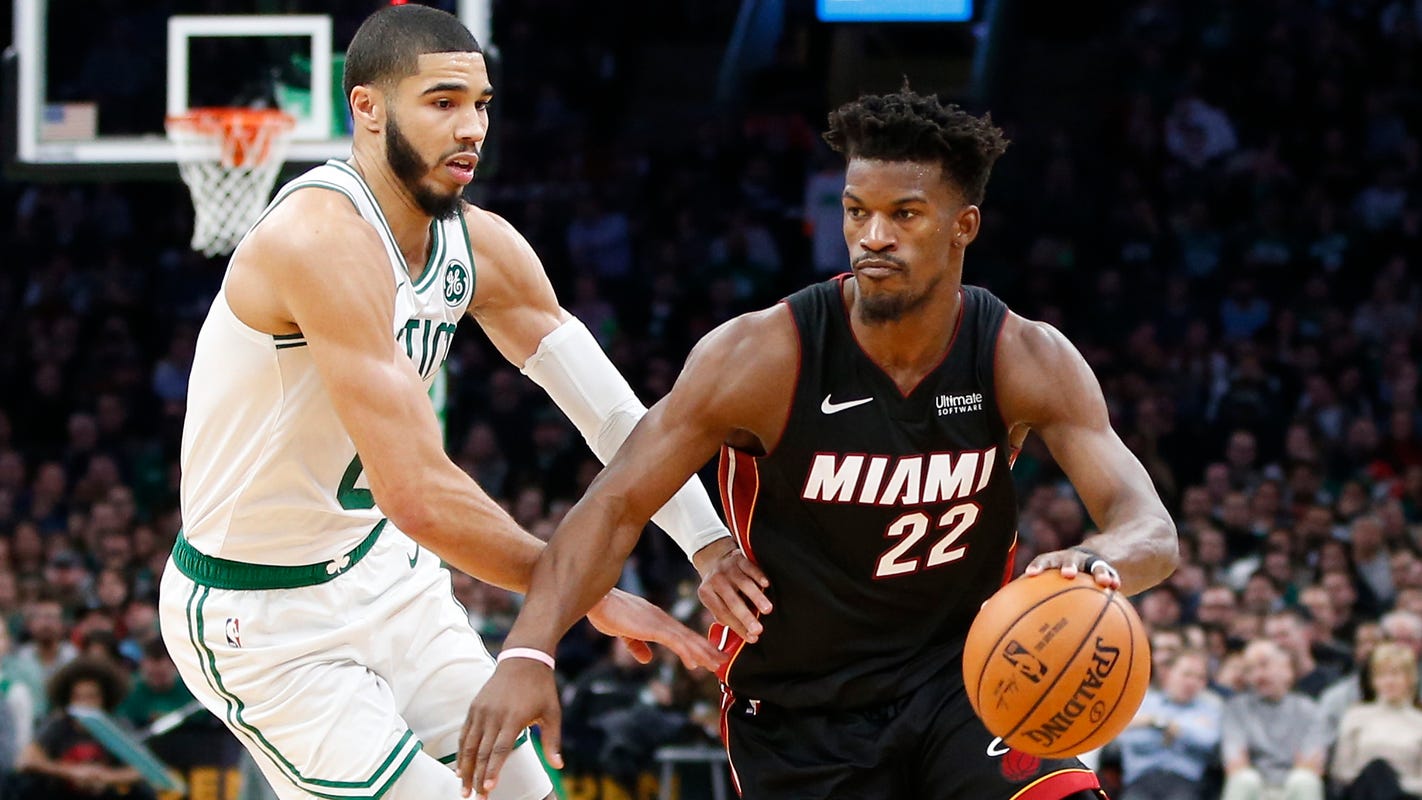 Who will win the Eastern Conference finals?

It probably isn’t the Eastern Conference finals that most expected, but it promises to be an ultra-competitive series between a pair of highly-skilled, evenly-matched teams.

The Boston Celtics and Miami Heat open the series in Game 1 on Tuesday (6:30 p.m. ET, ESPN), with a spot in the NBA Finals on the line.

Boston comes into the series off a memorable seven-game struggle against the Toronto Raptors. With young stars Jayson Tatum and Jaylen Brown leading the way, and Kemba Walker and Marcus Smart fitting perfectly around them, the Celtics are looking to break through in their third East finals appearance in four years.

“This is a great group, a tough group, a resilient group,” Brown said. “We’ve got a lot of heart, and a lot of fight about ourselves. We don’t back down from challenges. That’s what we need from each other. It’s inspiring just to be in the locker room with these guys.”

HUNGRY FOR MORE: Celtics confident they have resilience to beat Heat

WAITING GAME: How the Lakers are using their time before West finals

The Heat enter the series as the hottest team left in the bubble, going 8-1 so far in the playoffs, including a convincing 4-1 series win over the top-seeded Milwaukee Bucks. In his first season with Miami, Jimmy Butler has fit perfectly into the Heat’s tough, hard-nosed culture and has the team confident despite being the underdog.

“We all think that we’re supposed to be here,” Butler said. “And that’s the way that I think, the way that our guys think as well. Because I think confidence and your mental (approach) is the majority of this thing.”

So, who will move on to play for a championship? USA TODAY Sports’ NBA team makes its picks for the Eastern Conference finals:

Mark Medina: Celtics in 7. Flip a coin. It is that close. But the Celtics’ Tatum is a rising young star in this league, and he will rise to the occasion. They also have a lot of young depth that help them navigate this grind.

Jeff Zillgitt: Celtics in 7. Both teams play hard, are well-coached and have players who can score. Miami needs to find a way to successfully defend Boston’s perimeter stars Tatum, Brown and Walker. That’s not easy, but the Heat also have solid defenders starting with Butler, Jae Crowder and Bam Adebayo. Boston has to address its defense against Miami’s versatile offense. The Heat rely on several scorers. Six players are averaging double figures in the playoffs, and they are a better shooting team, especially on 3-pointers, than Toronto. The Celtics will chase shooters all over the floor.

Analis Bailey: Heat in 7. And a very close Game 7. Miami’s road to this conference finals should not have been this smooth, but now that they are here, they will not lose this momentum to a fatigued Celtics team. The Celtics’ young talent will put pressure on the Heat’s depth all series, but ultimately, Butler is not going to allow an impressive postseason to end short of the Finals.

Matt Eppers: Heat in 7. The top priority for the Heat will be slowing the Celtics’ perimeter scorers. They have versatile wing defenders in Butler, Crowder and Andre Iguodala to guard Tatum and Brown. They have big guards who can be physical with Walker. On offense, look for Adebayo to feast inside, where Boston’s defense is weaker, and in the pick-and-roll, where his two-man game with Miami’s array of shooter is superb. The Heat’s depth is also stronger, which always leaves them with shooters on the floor.

Series at a glance

(all times Eastern, * – if necessary)