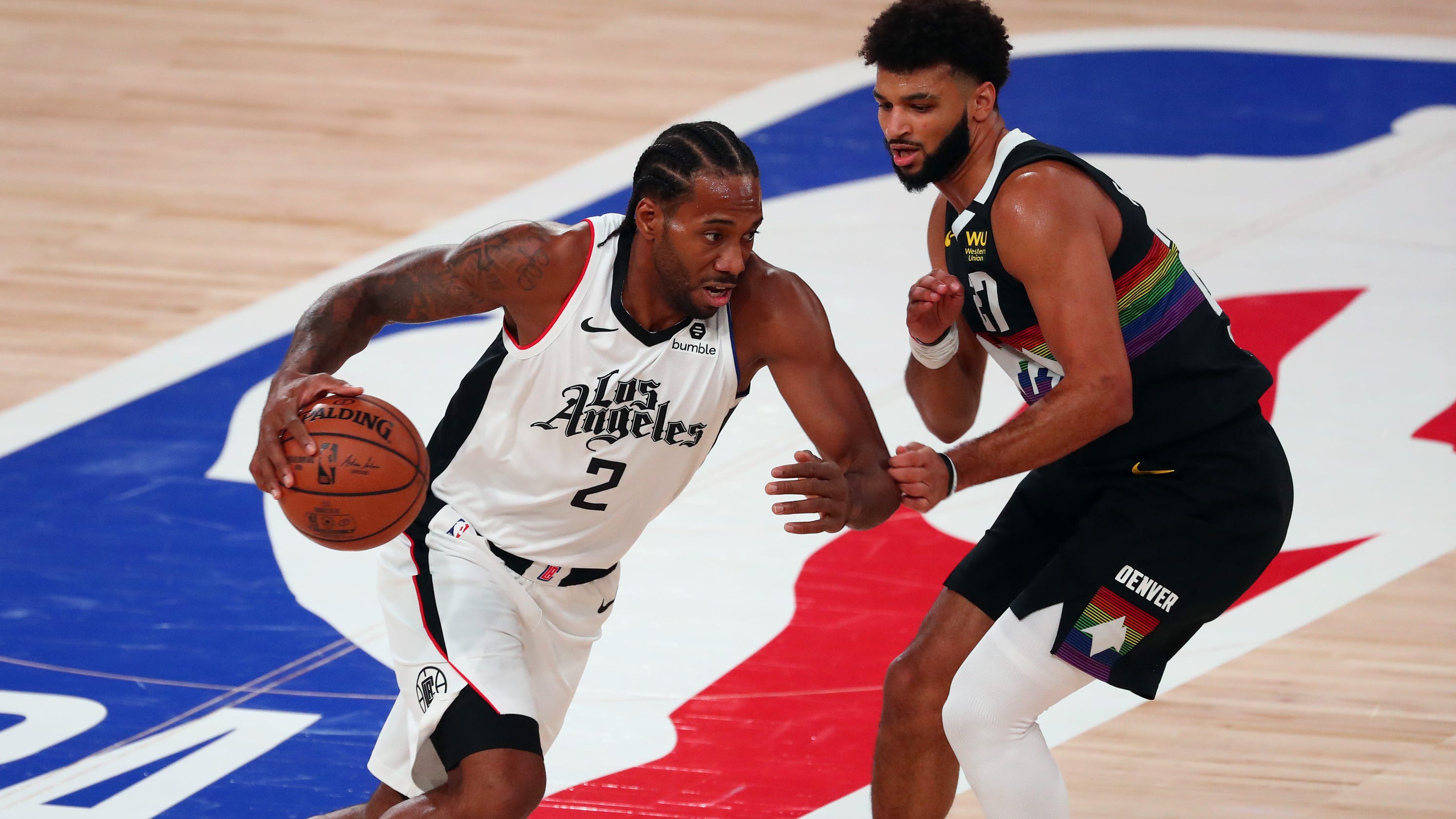 Who wins to reach West finals?

What I’m Hearing: Can the Nuggets be the first team to come back from a 3-1 series twice in one postseason? USA TODAY Sports’ Jeff Zillgitt breaks down their chances in Game 7 against the Clippers.

A series most thought would be over quickly comes down to a decisive Game 7 when the Los Angeles Clippers face the Denver Nuggets on Tuesday (9 p.m. ET, ESPN).

After they rallied to overcome a 3-1 deficit in the first round, it was fair to wonder how much the Nuggets would have left against the Clippers. They looked done after falling behind 3-1 again.

The threat of elimination seems to bring out the best in Denver, though. Nikola Jokic and Jamal Murray have been superb, and the Nuggets have been rejuvenated in two comeback victories. They became the 12th team in NBA history to overcome a 3-1 series deficit in the first round. They look to become the first team to do it twice in one postseason Tuesday.

“Everybody continues to count us out,” Nuggets coach Michael Malone said after Game 6. “That’s the way we like it.”

NUGGETS: How they became the most joyous team in the bubble

WAITING GAME: How the Lakers are using time before West finals

All of the pressure in Game 7 sits on the Clippers’ shoulders after they looked unbeatable early in the series. They’ve looked disengaged in blowing big leads the last two games, but they’re still devastating at their best with Kawhi Leonard and Paul George leading the way.

“I like our odds with our group,” George said after Game 6. “We put ourselves in this position, and it’s on us to get ourselves out of it. It all comes down to what we do in Game 7.”

Who will move on to face the Lakers in the Western Conference finals? Will the Clippers hold on and avoid the collapse? Or will the Nuggets pull off another stunning comeback? USA TODAY Sports’ NBA team makes its picks for Game 7:

Mark Medina: Clippers. No disrespect to the Nuggets, but the Clippers have Leonard, George and a fully healthy roster. They will rely on their talent to build a lead, and then hold on to it, unlike in Games 5 and 6.

Jeff Zillgitt: Clippers. As uncommon as 3-1 comebacks are, it seems unlikely — perhaps bordering impossible — that one team could do it twice in the same postseason. But the Nuggets are on the verge of doing just that. Maybe that Donald Sterling curse is real? As fun as the Nuggets have been, don’t you have to trust that Leonard and George won’t allow a complete meltdown? Don’t you? Clippers get the job done and reach the conference finals for the first time in franchise history.

Analis Bailey: Nuggets. We all want a Lakers-Clippers face-off in the West finals, but with the Clippers blowing double-digit leads in Games 5 and 6, it means Game 7 will go to the Nuggets. Even if Leonard shows out under pressure — which he will — this young Denver team is going to find a way to outscore the Clippers in the fourth quarter.

Matt Eppers: Clippers. As tempting as it is to pick the Nuggets, it will come down to Leonard. It just seems totally unimaginable that he lets the Clippers lose. With the right lineups and adjustments, Los Angeles can slow Jokic and Murray. Denver still doesn’t have anyone who can do the same against Leonard.