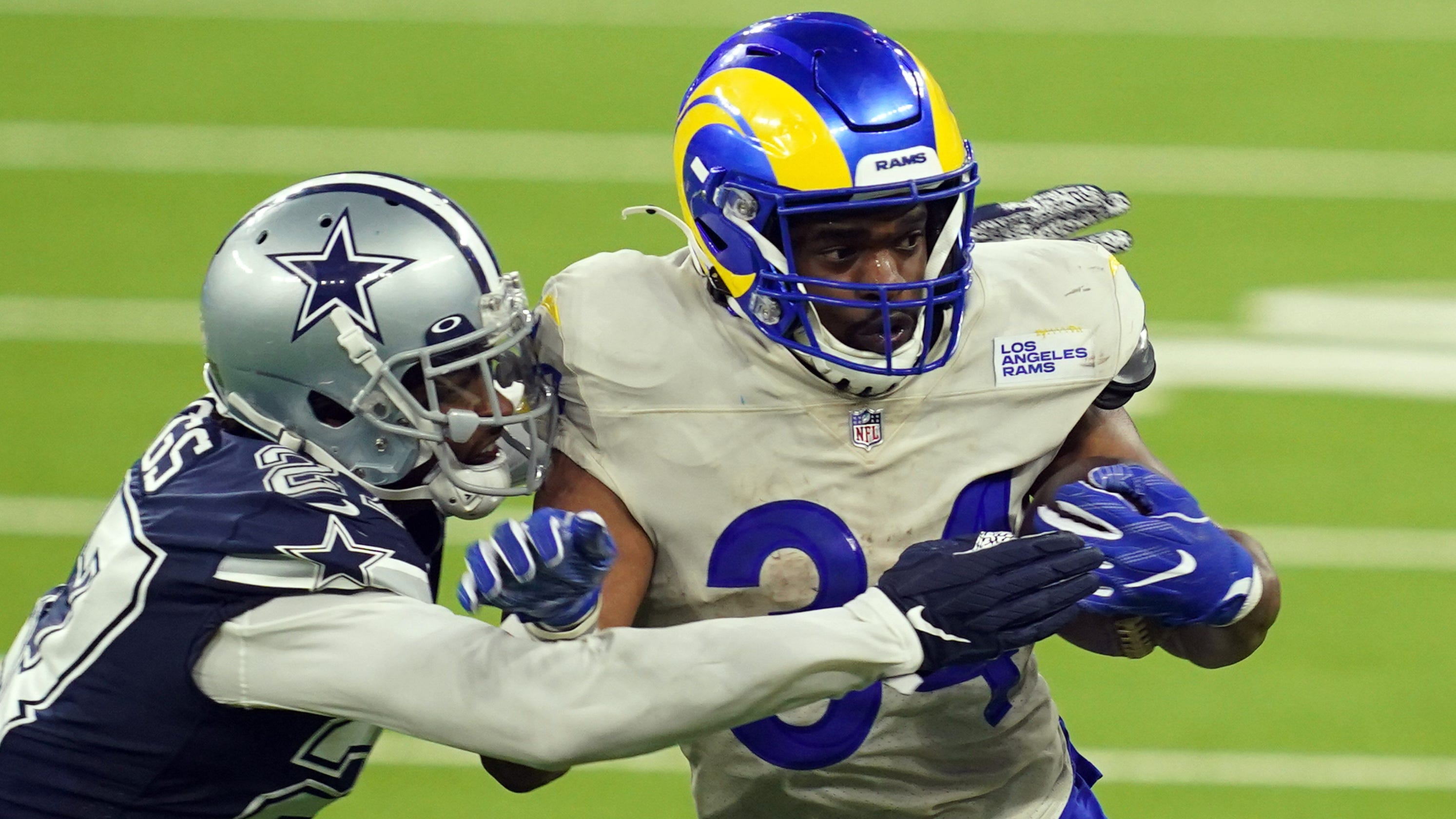 Without the benefit of preseason games, the opening week of the NFL season finally pulled the curtain back on how teams plan to use their players. Week 1 usually provides the widest variety of waiver-wire pickups in fantasy leagues, but this year things are even more wide-open than ever.

Throw in a handful of inevitable injuries and some unexpected performances, and fantasy football GMs have any number of options to improve their rosters. Remember, the players you add early in the season have the greatest impact, so don’t be afraid to spend big.

Malcolm Brown got the bulk of the backfield work for the Rams in their 2020 opener, totaling 79 yards on 18 carries and scoring two touchdowns. (Photo: Kirby Lee, USA TODAY Sports)

RB Malcolm Brown, Los Angeles Rams ($40). Rams coach Sean McVay said before the start of the season he was going to use a three-man backfield committee, but Brown was the breakout star of Week 1. He made the most of his 21 touches with 110 total yards and a pair of rushing touchdowns. Rookie Cam Akers had 15 touches, but was nowhere near as effective.

RB Nyheim Hines, Indianapolis Colts ($33). Hines led the Colts in rushes and receptions in Week 1 — and scored a touchdown each way. With starter Marlon Mack out for the season with a torn Achilles tendon, Hines will continue to see a larger than expected share of the workload — although rookie Jonathan Taylor will likely take over the early down role.

RB Myles Gaskin, Miami Dolphins ($17). Gaskin — not Jordan Howard or Matt Breida — emerged as the Dolphins’ lead running back in Week 1. Howard had a short TD run, but Gaskin led the way with 66 total yards. This could look a lot like the Rams’ backfield — just not as productive.

WR Robby Anderson, Carolina Panthers ($15). Anderson had an impressive debut for his new team with six catches for 115 yards, including a 75-yard touchdown. He also had a two-point conversion. On a team looking for a complement to top wideout D.J. Moore, Anderson showed excellent rapport with new QB Teddy Bridgewater.

RB Adrian Peterson, Detroit Lions ($18). Sure didn’t see this coming. With only limited practice time after being released by Washington, Peterson looked powerful and confident in rushing for 93 yards on 14 carries. He even caught three passes for 21 more yards. Can he turn back the clock once more, this time at age 35?

RB Joshua Kelley, Los Angeles Chargers ($9). Kelley isn’t a threat to take over Austin Ekeler’s role as the lead back, but he’s a clear No. 2 after outplaying Justin Jackson. The shifty rookie carried the ball 12 times for 60 yards and scored a red zone touchdown.

WR Marquez Valdes-Scantling, Green Bay Packers ($8). QB Aaron Rodgers had a field day in the opener against Minnesota, and MVS was one of the many beneficiaries. His 45-yard TD grab at the end of the first half was a thing of beauty. Just remember, he’s the No. 3 wide receiver and Davante Adams will always be Rodgers’ main target.

RB Peyton Barber, Washington Football Team ($7). Peterson’s release moved Barber up the depth chart. Although Washington didn’t have much success running the ball in Week 1, Barber was definitely the short-yardage option. He had 17 carries and a pair of scores.

TE Jimmy Graham, Chicago Bears ($5). Don’t count out the former All-Pro. Graham was a menacing threat in the red zone with seven targets, three catches and a TD. He also nearly had a second score, but it was overturned on replay.

QB Mitchell Trubisky, Chicago Bears ($3). Trubisky’s career has had more downs than ups, but if you need a fantasy backup, his Week 1 performance (20-for-36, 242 yards, 3 TD, 0 int) has at least put him in the conversation. We’ll probably need to see more than one good outing though.